Yeah I think for me Terraforming Mars can play faster just because I find the turns to be a lot more snappy and there aren't as many fiddly rules - but yes, they are pretty close (unless you have Prelude as you mention).

I definitely have been on an Uwe kick since the pandemic started - I own most of his big box games (ironically, not #Caverna: The Cave Farmers!)...but I think my top three are: #A Feast for Odin, #Le Havre, and #Fields of Arle. The tough part for me with some of his games are the set up/tear down and relearning of the rules (AFFO and FoA...). #Le Havre is fantastic because the set up time is super fast and there actually aren't that many rules, but the game builds quite a bit. #Nusfjord I also like because it plays a little bit faster, has a lot of variablity with the card decks, and has some pretty interesting decision space. I went with #Agricola because it is A LOT cheaper than #Caverna: The Cave Farmers and I do like the unending variablity with the cards.

1. I definitely have a bit of a completionist problem, so if there is a game I already own and love or a game that I am getting that I know I will like, I tend to just get whatever expansion/expansions are available. I also trust the opinion of some YouTube content creators who have a lot more time to play these games and expansions than I ever will.

2. #Underwater Cities: New Discoveries, #Tuscany: Essential Edition, #A Feast For Odin: The Norwegians - I wouldn't call any of these essential, but since I love these games so much, they are essential for me!

3. I have all of the Terraforming Mars expansions except for #Terraforming Mars: Turmoil - I just cannot figure out why they designed this. It really does take the game in a direction I don't want to go down personally. Can't ever see myself buying this one. I also will never buy any 5-6 player expansions because I generally never want to play a game with that many people (unless its a light party game/filler)

#Hallertau - played solo just to learn how the game works and it feels like a nice change for an Uwe game! Not sure where it sits for me compared to his other designs, but I am eagar to play it more.

#Underwater Cities - easily a top 5 game for me. So many satisfying and agonizing decisions here - and even without the expansion, there are SO many cards to keep each game different and fresh. I love the spatial puzzle of building up your cities and network. The combination of card play and worker placement is very interesting.

#Terraforming Mars - another top 5 for me. I know many have tried to compare this with Underwater Cities, which of course the card play has some similarities to it. This is a bit more streamlined and plays faster. I feel like in this game you are reacting a lot more to the cards you draw and developing a strategy on the fly. That isn't all bad, but it just feels different in that respect to Underwater Cities where you are planning a lot more based on the type (color) of cards you have. Excitied to finally try out some expansion content.

#Architects of the West Kingdom - fascinating take on worker placement. I think it is fun and hilarious that they main way you retrieve your workers back is by freeing them from prison/opponent who captured them. The worker invesment idea is really interesting and there is much more uncertaintiy in this compared to traditional worker placement games where you always place the same number of workers per round and always get them back at the end of the round. Excited to throw in the expansion for some added depth and strategy!

Thanks for your review. Just ordered my copy to play primarily solo with! It seems that the overwhelming consensus from content creators is that RoS = better base game than RotNS, but that RotNS is better with BOTH expansions. I would rather spend the cost of one game than have to dish out the $ for two expansions.

Yes the pie chart is a nice touch! I think the informaton in the rulebook is solid - its more of the decision on how the information is presented that I find lacking.

Great question - I am definitely getting more into solo gaming, but I really like:

#Fields of Arle (see above lol)

#At the Gates of Loyang

I also like playing any of the Oniverse series games solo - especially #Urbion , #Aerion , and #Onirim.

Yeah the rulebook is the one thing about this whole package that has been frustrating to navigate - but once the game is properly understood, it is a delightful puzzle with an easy to manage solo variant.

What are some glaring flaws in your favorite games? | Comment

#Ora et Labora - WHY are there not more cards!?!? While I do enjoy Uwe's other games, why do they get more deck expansions but not this one? This could easily be my favorite Rosenberg game if there just more variablity in the cards.

#Fields of Arle solo - this is just really enjoyable to play solo with plenty of paths to take...ALMOST as good as #A Feast For Odin

and #PARKS with my wife - stunning production, amazing insert which makes setup and tear down so fast, and simple rules - this game still surprises me with how much there is to think about on a given turn. Looking forward to the expansion for sure.

sooooooo pumped for this! 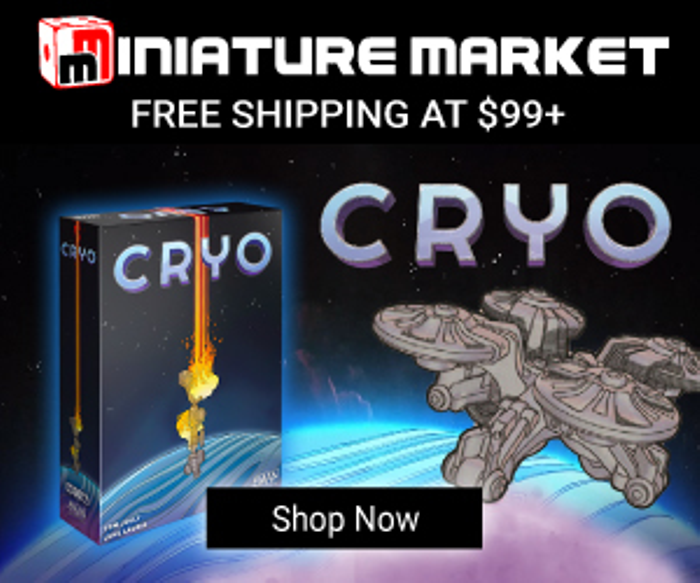