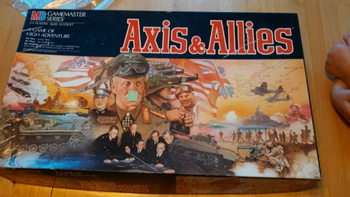 I have been playing game for some forty years. As a child, I played lots of the classics and quickly moved on to more abstract games such as dominoes, checkers, and chess. After age ten, I discovered hex & counter war games by Avalon Hill, playing lots of zone of control games in my early teens and then moved on to Panzer Leader, Panzer Blitz, Axis & Allies and RPGs (old TSR and GURPS). In college my gaming horizons broadened even more so as I discovered a wider gaming experience with the NOVA gaming group at Texas A&M University. I am definitely a omni-gamer with a varied interest in board gaming mechanics and themes. I am very much willing to play Euro-games, war-games, business/economic games, push your luck mechanisms to card driven games. I have limited experience in social and card driven games. I am generally an easy going player and not a rules lawyer. My gaming interest had always been bigger than gaming mechanics of the 1980s and 1990s. I believe that gaming technology has blossomed and is a better fit for my interests.After letting life distract me from my board gaming pleasures for a decade or so, I have picked up the hobby again. I have been playing with groups from San Antonio, San Marcos and Austin in recent years. I want to organize and develop gaming experience locale to Lockhart, Texas.

Get experience by adding/editing game information or by getting comments/posts upvoted on the forum.

See All Avatars
Select A List To Turn Price Alerts On

There was an issue changing the price alert status for the list. Please try again later.

Article Drafts (Only you see this)

This user hasn't written any articles.

This user hasn't made any posts.

This user hasn't made any comments on posts.