I am interested, but the shipping on this kickstarter is brutal... Going to wait for retail.

Got to work with what you have....

Thank you! will check it out!

I am curious also. I love the books and have read them twice, but that doesnt mean it will translate into a good board game. Waiting for more details on how it works. Have they given any details?

#Anachrony cannot be played with AP players... Even the normal version grinds it to a halt with AP. Hope you get a go at it with more experienced players.

Come on, #On Mars doesn't take that long to explain LOL

Gateway term can be used for 2 objectives, captivating someone for the first time into the hobby or bringing someone deeper into it.

Initial games include most party games I would say which are short and fun (ex: #Sushi Go Party!)

Then proper Gateway games are games that bring some complexity without being overwelming. The best of these are games that experienced players still enjoy due to there depth of strategies and options. The top 2 on my mind now are #Wingspan and #Everdell - they tend to be longer games, but not by much.

I enjoy the # and the @ - makes it easy to identify games people are mentioning. I vote leave it as is.

Almost acquired a few more, but held back... Have 5-6 Kickstarters coming in this year...

I'm down for that. I'm in the Woodland Warriors discord. @Cloaker #1832

Pantheon is a must use!!! Makes the game way better and gives more options! We only play with it 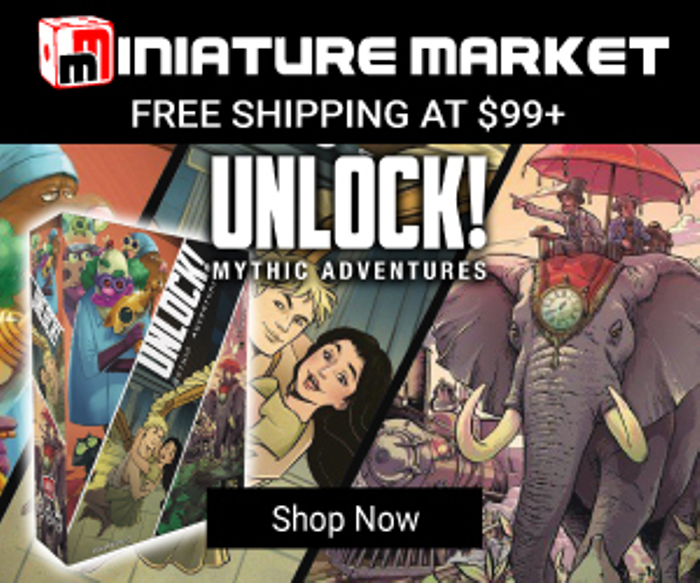 One of the games someone played with the Warlords! Was fun, but seems unbalanced still. They just do too much stuff imo very turn.

Other times, it was just people playing factions for the first time and the experienced players helped out with tips, setup and stuff. Cheers to the great community!

I have to try out #The Crew: The Quest for Planet Nine - seen so many reviews, but I'm not sure it's my style of game. I'll maybe try it on TTS. Thanks for the tip

I played sooo much #7 Wonders Duel during the beginning of lockdown last year. Really enjoy the different strategies and ways to win.

#Sushi Go! is great for all ages and group sizes. Happy to have it my collection.

Combat felt more like bidding than actual combat and it seemed too many points to get from it. Using a combat focused Leader seemed a bit unbalanced and getting the Worm Riders felt almost impossible to beat someone with it.

As I said, we probably misplayed (in terms of efficient plays), but I want to give it another try.

I love #Everdell and I've seen several reviews of the expansions, seems like #Everdell: Spirecrest is the top pick for most, so had to buy it. I did enjoy #Everdell: Bellfaire Expansion and the modular things it offers.

I've painted mini's in the past (years ago) and don't know if I want to get into another hobby... Board games are already expensive, paint, brushes, and all that stuff is just piling in too much for me. Who knows in the future.

I feel like the TTS is a good way to get a feel of the game and see if you will really like it. I'm all in favor of TTS mods and giving people the choice. Live board games will always be better, faster and more fun. So I use TTS mostly as a way to test games and see if I and/or my group like them.

Nice trade! #Blood Rage is a masterpiece. Going to stay put in my collection for years. Maybe one day I'll paint the mini's

I found a brand new #Blood Rage 2 weeks ago. So happy to find such a great game new.

#Dune: Imperium is on the top of many peoples list. Worth giving it a try on TTS. I can see the combat being make or break for lots of people.

I had an awesome week!

#Blood Rage - got some revenge playing with the expansion #Blood Rage: Mystics of Midgard with a high score of 185 (2p)

#Dune: Imperium - convinced some friends to test it out on TTS for the first time. Took a while since we were all learning. Really enjoyed it, but feel like we misplayed or the focus is way more on the combat than I expected. Need to play it again to see.

#Root - played twice on TTS and I had a blast. Awesome people on Discord, help out with new factions and overall super experience. Highly recommend!

#King of Tokyo came out yesterday with #King of Tokyo: Power Up expansion and had fun 3 player game. Cute, simple, and fun.

#Blueprints - got the dust off it and also played 3 players and had some fun. Super elegant design, never ceases to amaze me.

and wrapped up with:

#Everdell (3p) with some components of the #Everdell: Bellfaire Expansion - had a first time player, so some curve to overcome for her, but I scored my highest ever at 73 points with some crazy combos of King card and managing to catch 3 basic events and 2 special ones. Love this game and just got notification that #Everdell: Spirecrest is arriving today in the mail.

Hope you all had a great week and this one is even better!

I am super excited for the new Root Expansion! I'd love to see improvement for 2-player gameplay!

#Oath: Chronicles of Empire and Exile - the production value and the playing and slowly altering the game is probably going to be incredible. Can't wait for it to arrive.

#In Too Deep - is a new type of game for me, but the kickstarter really sold me on it. Puzzle/Detective/Cyberpunk feel - seems awesome!

#Nemesis Lockdown - Who doesn't like aliens coming out of your chest?

#Endless Winter: Paleoamericans has huge hype behind it, but it seems like a great addition to any collection. Happy to have grabbed this one.

Going to be a great year!

Last 6 months have been amazing for games: #In Too Deep - #Endless Winter: Paleoamericans - #Don't Get Got! - #Raid - #Nemesis Lockdown - #Darwin's Journey came out this week. Other ones that I remember but are not my style are #ISS Vanguard - #Vindication

#Root is about not worrying too much about the conflict. It is a war game, so conflict is expected, but the game is short, so I would say consequences are short lived if you don't focus on your own objectives.

A minute to learn - A liftetime to master... | Comment

#Go is just centries of history

#Hive Pocket is a recent acquisition and I did not expect the depth it has. highly recommend

Try starting them off with more intro board games: #Jaipur #6 Nimmt! and then more on to mid weights #Everdell - #Altiplano - etc.

Some people click with different style of games. Dont give up!