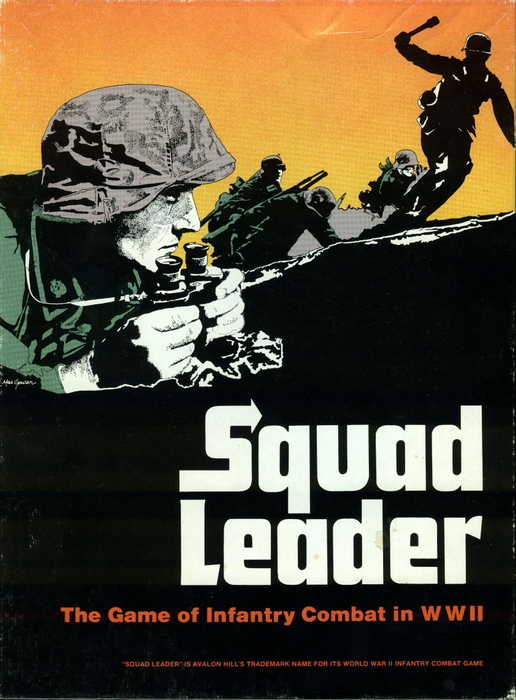 A shot disturbs the eerie silence of a deserted city street, punctuated by the frantic footfalls of men seeking cover. One of Kruger’s last veteran nco’s lies motionless in the street. The remnants of the dead man’s squad are nowhere to be seen—scattered in nearby houses and gutters—all thoughts the advance abandoned with the stunned demise or their leader...the compulsion for revenge obviously overcome by their instinct for self-preservation. Off to the right, Kruger’s own men have located the source of the lethal shot and are laying down a steady stream of fire on the church steeple directly ahead. The absence of responding fire suggests that the lone Russian marksman has beat a hasty retreat of been victimized by the withering fire of the German retort. Kruger has seen enough. He is to occupy the church and set up a regimental observation post at once. His orders leave no leeway for delays by a single sniper. He gives the signal to rush the building. Obedient their training, his men, veterans of France, the Balkans, and 18 months of fighting in Russia, spring to their feet. Seconds later the sharp, staccato retort of a Russian machinegun concludes the assertiveness of death itself that this time Kruger was wrong...

This is Squad Leader...a game of WWII tactical combat in Europe. Now you make the instant decisions resulting in life or death for your men, victory or defeat for your army...for YOU are the Squad Leader. YOU direct the fire against your squad, select your plan of attack, or set your defenses against massed Russian human wave or armour assaults. Will that hedgerow provide adequate cover for your flanking efforts, or will your men be cut down by the American machinegun position in the woods? The decision is irrevocable and yours alone. You must live or die by the results.

Squad Leader utilizes programmed instruction to guide you through 12 scenarios of increasing realism and complexity. The scenarios run the gamut from street fighting in Stalingrad to armoured advances across snow covered roads in the Ardennes. A Campaign Game ties the individual scenarios together and allows you own personal leader counter to advance in rank and ability. In addition, a “Design You Own” section is included so that players can create an unlimited number of play situations of their own creation.

Each hex in Squad Leader represents 40 meters or real terrain with counters representing individual leaders, support weapons, and vehicles of 4 man crews and 12 man squads. Each game turn is divided into two player turns with 8 phases, equivalent to two minutes of actual time.

Be forewarned! Squad Leader is not an easy game. Do not attempt it without prior wargaming experience. Squad Leader is rated Tournament Level IV on the A.H. Complexity scale.

In each game you get: