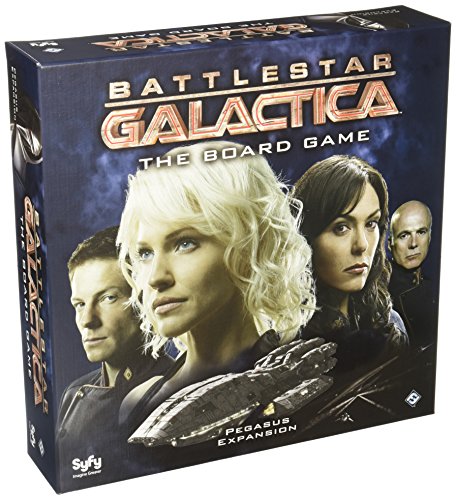 The first expansion for Battlestar Galactica: The Board Game, Pegasus adds two new supplemental game boards featuring the Battlestar Pegasus and the planet New Caprica, seven new characters, two plastic Basestars, as well as new Destination, Crisis, Loyalty, Quorum, Super Crisis, and Skill cards. The new Pegasus board can be used by itself or together with the New Caprica board to create the game you desire - the Pegasus alone for the additional firepower she provides, or add the New Caprica board to simulate the rebellion on the new human colony, bringing the game to an epic level. New rules introduce the ability to play as a new character type - the Cylon Leader, with a new Treachery Skill card type. 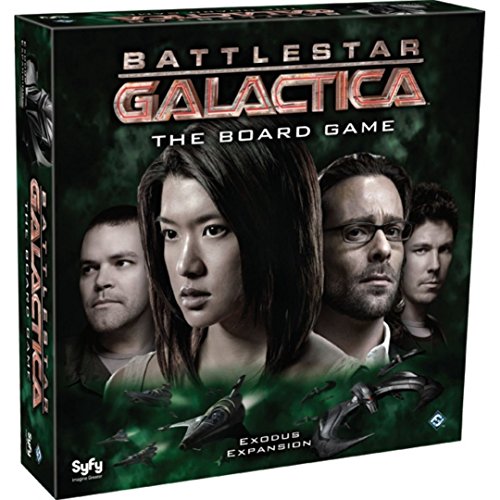 As the Battlestar Galactica continues its exhausting search for a new home, their Cylon pursuers hunt them at every turn. Whether it's the Cylon fleet or the mental fatigue that catches up to them, the crew of the Battlestar Galactica cannot find a respite from their constant struggles. Paranoia and suspicion may tear them apart before the Cylons can even get a chance to. Exodus is an expansion for Battlestar Galactica: The Board Game. With three new options to add to your game, Exodus is a great way to expand on the accusations and mistrust that run rampant in Battlestar Galactica. You can choose to add any combination of the three new options included in Exodus. Crave more white-knuckle space dog-fighting? Incorporate the Cylon Fleet option. The Conflicted Loyalties option introduces new Loyalty Cards that will test even the most trustworthy allegiances. Finally, relive the emotional turmoil of the hit television series with the Ionian Nebula, which pits players against the various conflicting personalities aboard Galactica. 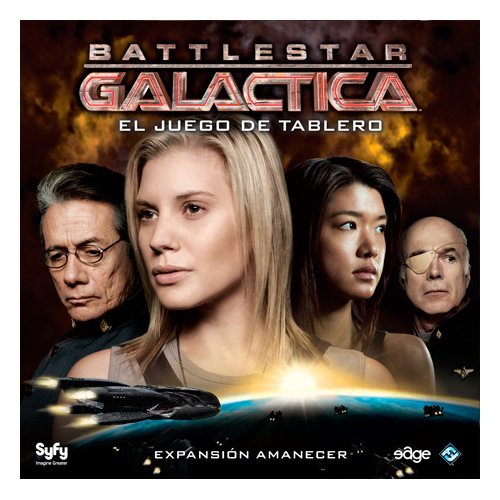 As the fleet begins to crumble, human and Cylon alike are driven to desperation. For some, this means risking everything. For others, this means mutiny. The Daybreak expansion for Battlestar Galactica: The Board Game brings humanity's plight to its gripping climax! With two supplemental game boards and hundreds of cards and tokens, Daybreak invites players to undertake desperate missions, struggle under the constant threat of mutiny, and bargain with Cylon Leaders driven by motives of their own.