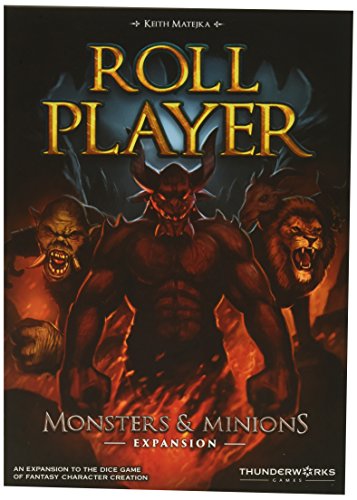 Monsters & Minions is an expansion to the critically acclaimed character creation game Roll Player. In Roll Player: Monsters & Minions, not only do players compete to construct the greatest fantasy characters, they must also gather information about the monstrous threat looming, and prepare for a final showdown against the beast. This expansion adds a 5th player, a combat system, and many more options to build characters including new races, backstories, classes, alignments, traits, weapons, skills, and all-new scrolls.