Board Games by Grey Fox Games

These are the board games published by Grey Fox Games.

It's time to build! Put your city planners to work rezoning properties and developing your city in Z

1 | 0 comments | [+]
It's time to build! Put your city planners to work rezoning properties and developing your city in Zoned Out from Grey Fox Games....
See Comments

Plant a garden, feed your pig and see if you can earn the most at the market in Harvest Dice from Gr

1 | 0 comments | [+]
Plant a garden, feed your pig and see if you can earn the most at the market in Harvest Dice from Grey Fox Games....
See Comments

This time it's the solo-player SuperHot by Grey Fox Games!...

1 | 0 comments | [+]
It's another example of a video game turning into a board or card game. This time it's the solo-player SuperHot by Grey Fox Games!...
See Comments

If you've ever dreamt of being one of the first to colonize Mars, here's your chance. Pocket Mars by

2 | 0 comments | [+]
If you've ever dreamt of being one of the first to colonize Mars, here's your chance. Pocket Mars by Grey Fox Games will show you it isn't quite so easy!...
See Comments
See All

wow, great question!  My most deluxe game..trying to think of how that fits. Is it Lisboa, where I have the "all in" KS edition with all of the extra bits and bobs?  Or is it some of the Grey Fox Games (like Champions and Reavers) where I have all the promos?

I guess it is probably Concordia. I have most of the expansions, and I also upgraded all of the tokens to plastic pieces like little wine bottles etc. Plus, I have the metal coins and even some little bags to randomize the starting tiles.

But my pride and joy is still my 10th anniversary TTR edition. That box was blinged out enough where I don't need anything else for it.

Alright, so my wife and I have been playing a lot more Bushido from Grey Fox Games. I love it, and she enjoys it too (although perhaps not to my level of enjoyment). It's a great two-player combat game that's got some slick back-and-forth action of attacking, defending, etc. Very fun. Highly recommended.

I backed it. Still trying to find time to play it, but that's beside the point. The point is the broken promises.

I'm cool with it. My GameTrayz weren't too bad, actually. Just a bit indented from the rubber bands holding them together. But, like you said, GameTrayz are sending out replacements to all backers. That's gotta cost a heap of money.

As for the linen finish...I do wish the cards were finished as the stretch goal promised, that's going to cost way more to produce and ship out than a couple trays per player. I know Renegade had a similar issue with their Proving Grounds game--it came with an incorrect deck, which made the game incredibly more difficult. So, they sent everyone who had pre-ordered it or had already purchased it a new deck. Now, that's one deck. And the game wasn't nearly as popular as Reavers was. Reavers has a ton more cards. And a lot more backers (Proving Grounds went straight to retail). The cards themselves are fine; it's just the texture. And, honestly, as much as I'd love to get replacements for those cards, it's not economically feasible for Grey Fox Games to do so. It was an oversight, yes. I'm glad they've been apologetic and open and honest about it all, but I'm not going to wish financial stress on a company that has, in the past, produced good games. I have always found them to be friendly, honest, and willing to work with customers with damages and whatnot. They're cards. I'll survive. And it won't negatively affect the play experience either.

I do mostly agree with you and I do admire your attitude. Also, I want to make it clear that I did not back them, nor am I planning to buy reavers.

The broken promise really really does bother me, but I think what bothers me more is the hypocrisy. Maybe I read their Kickstarter update wrong, I hope I read it wrong. But the way I understood it is that they received a game trayz product that was not up to the specifications that they had agreed on. It looks/sounds to me like grey fox games is expecting either game trayz or the manufacturer to pick up the tab for remaking 6000 game trayz. And as you said, these sorts of expenses can be crippling for a small company. Is it right for them to shield themselves from needing to pay for some new cards while at the same time demanding that game trayz makes their mistake right? I understand, that the cost might be booted to the manufacturers doorstep. I realize that the manufacturer is probably better able to absorb that loss than game trayz or grey fox, but that doesn't make it any less right to demand that they deliver a product they promised when you aren't willing to do the same.

I feel like I could feel a lot better about this situation if they would offer something, personally, to say, "I messed up, I'm sorry, here is something for a consolation."

Please, if I read the Kickstarter wrong tell me. I don't like to think negatively and companies in our community.

For Grey Fox Games, keep Reavers of Midgard in mind, as it is scheduled to deliver...soon? haha Not sure when, but it's been a while since the KS ended. Bushido is also great. 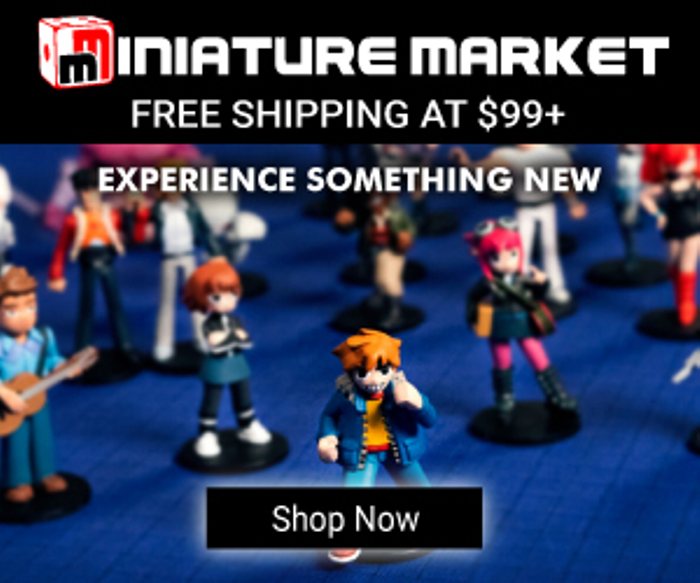