Play as the Monsters for Once

This game gives me flashbacks to when I got to play Godzilla: Destroy All Monsters Melee on the GameCube as a kid. The most fun of it was just the pure destruction in the city as one of the monsters. In MonstroCity I'm getting to unleash amazing power of great looking monsters.

In this real time cooperative game you're all fighting together as the monsters to take out an evil genius by smashing the city he's in. It's a simple premise that leads to a lot of awesome chaos of dice rolling, card flipping, and strategy all within two minute rounds.

If you're looking for a game that can kick of your game night with a roar, then this is a game you should consider. Start leveling the city for only $65 and get to experience something you'll remember for a long time. Check it out before the campaign ends on June 17th 2019.

About the Board Game 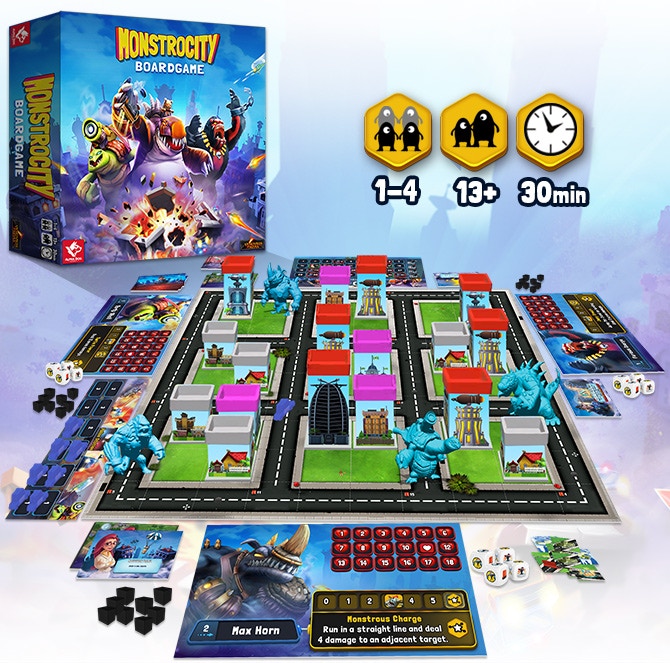 Fight the evil genius, Dr. Spotnik, with your monster squad in this epic city-smashing game.

MonstroCity is a fully co-operative, dice rolling, real-time, city-smashing game for 1 to 4 players. Players assume the role of monsters, forming a squad, sent to level the secret base of Dr. Spotnik and foil his plans to conquer the world! 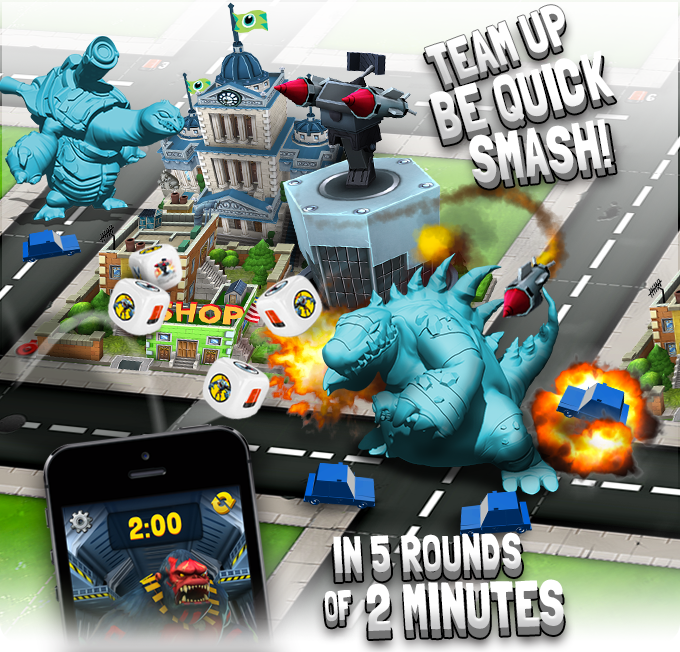 Your objective is to smash all the buildings and crush the city's defenses in five 2-minute rounds. But don't expect Dr. Spotnik to stand idly by while you SMASH! The city will retaliate!

Be ready to face Tanks, Choppers, Riots and more in this action-packed game!

See more about the game on the Kickstarter page! Check it out before it ends on June 17th, 2019!