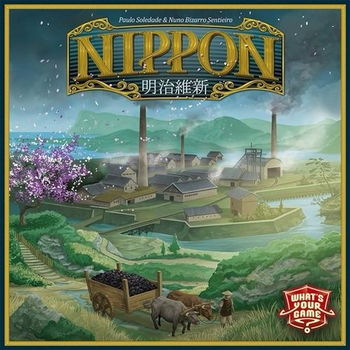 Japan during the Meiji Dynasty: a closed isolated feudal country decides to change into a modern westernized state. The Empire sends emissaries to foreign nations, brings technicians and scholars from the west, builds railroads, invests in education, and achieves an outstandingly fast industrial revolution.

The nation and Emperor count on the support of the Great Four, the big conglomerates that emerge with great power and massive control over the Japanese economy. They are called Zaibatsu, and their influence on the Meiji Emperor and importance on the faith of Japan became incredibly high.

In Nippon, players control Zaibatsu and try to develop their web of power by investing in new industries, fighting for monopolies, taking part of government investments, and building up their influence and power as they oversee the era of rapid industrialization in Japan. Japan's unique social and geographic characteristics make this process a challenging endeavor. Natural resources are scarce, differences between the islands dramatic, political changes hard to accomplish, and social stratifications deep-rooted on the country.

The foundations of the big Zaibatsu were the traditional silk workshops, but soon the conglomerates diversified their influence and power building a complex structure of interconnected companies that made them giant players in the world's new industrial era. Players take the reins of these big corporations and try to develop them in order to grow and achieve power, keeping in close mind the general interest of the Empire of the rising sun.

On each turn players execute one of the five available actions that allow them to build new industries, ship goods to foreign countries, or develop the transportation system of the country, whether building ships or investing on the railroads. Money is short during gameplay as it's always used to perform actions.

To win the game, players must carefully choose which types of industry to invest in to get the most influence over the Japanese islands. Every action that is taken helps to forge their own path to new opportunities. 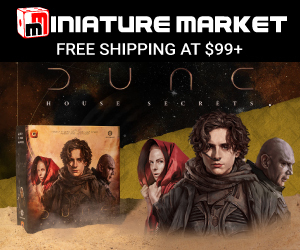 How will you uncover the secrets of Arrakis?
Visit

How will you uncover the secrets of Arrakis?
Visit