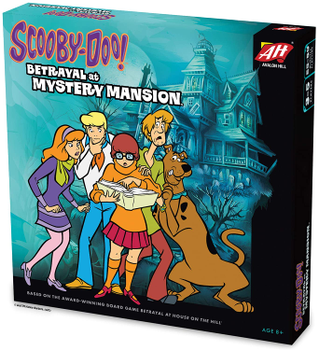 Based on the award-winning Betrayal at House on the Hill board game, Betrayal at Mystery Mansion is the mash-up fans have been clamoring for!

Play as Scooby-Doo, Shaggy, Velma, Daphne, or Fred as you explore the mansion and its grounds, finding clues, encountering strange occurrences, and maybe even catching sight of a monster! When you find enough clues to learn what's really going on, that's when the haunt starts, and one player will switch sides to play the role of the monster! Will you be able to stop them before they carry out their sinister plan?

Betrayal at Mystery Mansion contains 25 new haunts based on popular episodes and movies from the Scooby-Doo oeuvre, with different monsters, items, events, and locations each time you play. 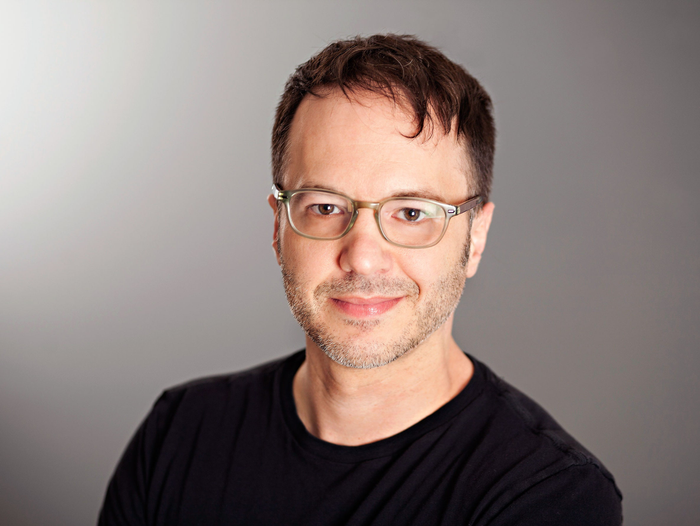 by jamit42
Only 1 play so far and while it was cute, it was a little more involved than folks were expecting. Might be tough to get back out on the table; we'll see. 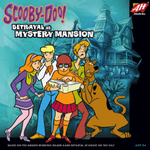 by bgqtony | updated 14 days ago

by rkalajian | updated 14 days ago

"Shaggy, you and Scooby head over there. The girls and I will...check for ghosts."... We have been playing #Pandemic Legacy: Season 2.  So far we have played 11 total games, 3 prolog games, and then 8 games to get us to July.  We lost 4 in a row from March to April and then turned things around in May and June.  So far really enjoying it.  It is quite different than Season 1.  Which at this point I would say I liked a bit more.  Season 2 does introduce some new mechanics but through the first six months the game itself has not chnaged all that much and I was hoping for a bit more variety.  I'm sure that will prob happen in thelast six months.

We also played #Adventure Games: The Dungeon.  This was well written and voice narrated through the app.  This is a relatively simple adventure (if it were a video game it would be a point and click) but with some decent branching outcomes.  We did miss a few key things towards the end of the adventure, which I won't go into as they are all spoilers, but it would have been nice if they had desinged it a bit differently so that you wouldn't miss big parts of the adventure because you chose to do A before B, C and D.  Overall though we enjoyed it.  The nice part is nothing is destoryed so you could easily hand it off to someone else to play unlike say the EXIT series of games which for the most part are one and done.

We played a couple games of #Scooby-Doo!: Betrayal at Mystery Mansion Which i would descibe as Betrayal light.  The theme is great.  All the haunts are named after episodes of the TV show or movies.  The game seems to suffer a bit from the same things #Betrayal at House on the Hill and its DnD counterpart #Betrayal at Baldur's Gate did and that is the Haunts are not written in a clear manor so that everyone knows what to do.  In one case we played a Haunt where one of the main mechanics of the haunt was completely left out of the book.  I had to check the forums to figure it out.  And after looking around the forums realized that there are quite a few more issues as well.  These are in my opionion unforgiveable errors.  Someone should have absolutely caught those kinds of simeple errors on the very first play test.  Beyond that though the game is fun and if you are interested in a Betrayal game but are new to the concept or gaming in general this would be a great game to start off with, and then if you like it you can work your way through the other two and eventually #Betrayal Legacy, one of my favortie Legacy games to date.

Yesterday we played a couple games of #Sonora.  A flick and write game.  Love both aspects of the game.  The flicking is fun and you can mess with the other players if you want to.  There are 4 sections you flick in to and those correspond to the 4 sections you can write your points in to.  Each section has bonuses that allow you to chain scoring from one section to another and on and on and sometimes just one disk can chain many times.  The final game yesterday my son and I tied at 266 and he ended up winning the tie breaker as he had one more discovery bonus than I did.  Really enjoy this game and would highly reccomend to anyone who enjoys roll and writes or flicking games. 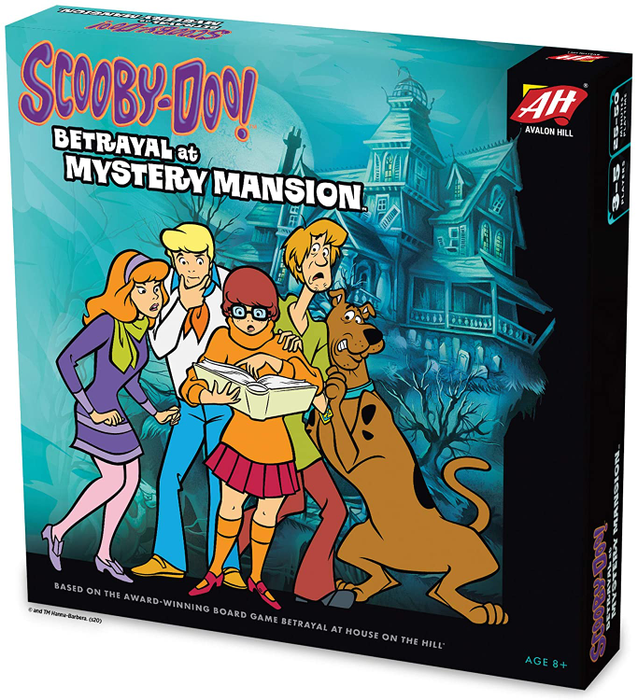 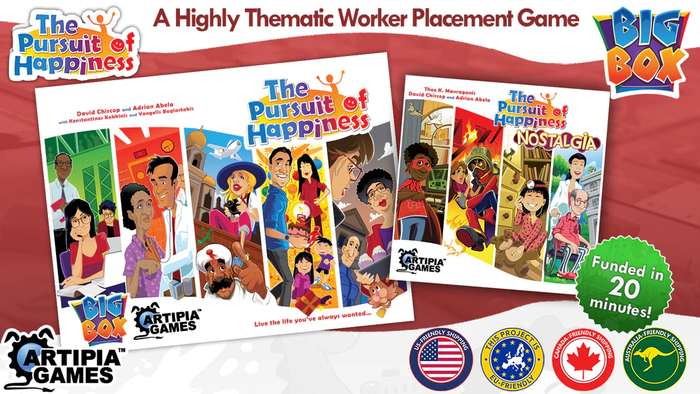