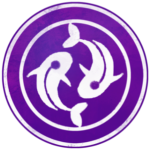 Okay, you have been warned.

I actually spent about 20ish hours creating a foam core insert for this at one point. It was my first large foam core project, and turned out rather well. But, I realized after making a couple more inserts, that I just really don't like foam core as a material.

So, with the help of my wife, I finally got around to reorganizing the box today - I used the following:

I have the metal coins, realistic resources, and extended board in the box, and as you can see, it closes fully (my foam core insert however, did not ha).

Nice!  We just had a game tonight. I’m hoping I can get commitment to the campaign at some point!

Scythe has a campaign? I might reconsider getting it now.

Yeah, and a bloody fantastic one at that.

how long does a campaign usually take to finish?

Um, it’s been a while since I played through it, but I believe there are 8 games to play through. Most of them were typical Scythe game length, with a couple outliers on either end of the spectrum.

Have you played Scythe?

Nope. Makes me curious though seeing how it's mentioned so often

It’s actually free to play on Tabletopia - I’d be down for a game on there sometime if you want to try it out!

I'd be down once things settle down. Wife and I recently found a bigger apartment to move into to accommodate our son haha

If you get a chance to play it, I highly recommend it. There’s a pretty decent digital implementation as well.
2
Linked Games