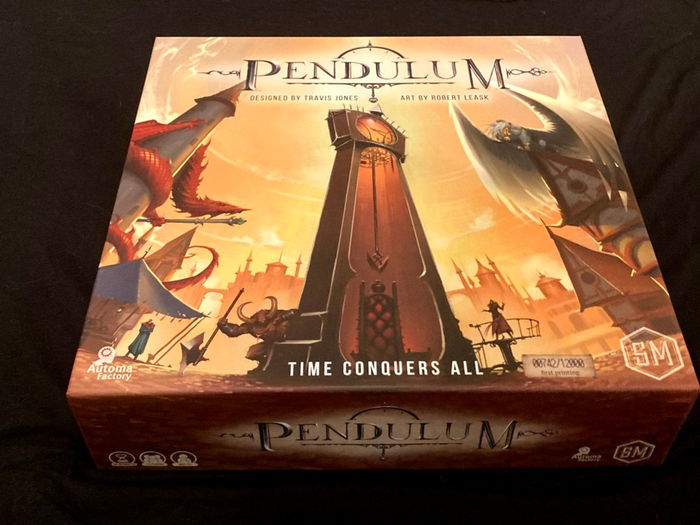 My experience with Stonemaier Games’ Pendulum could most easily be described as, well, a pendulum – swinging from the highs of getting a Stonemaier title for early review, only for it to swing back to low as it appeared to be a real time game relying on sand timers as a major component. Then the momentum carried it back to the positive side after reading the rules, only to crash through the other trajectory like a wrecking ball when I left my previous board game review outlet and no longer had a place to post this review.

But also like a simple at-home-with-the-kids science experiment, the oscillation came to a stop and the emotions came back to an equilibrium position. So now that I have found a new home for reviews and I have logged several plays, I can give a perspective of the game that isn’t biased towards one of the peak swings on either side. 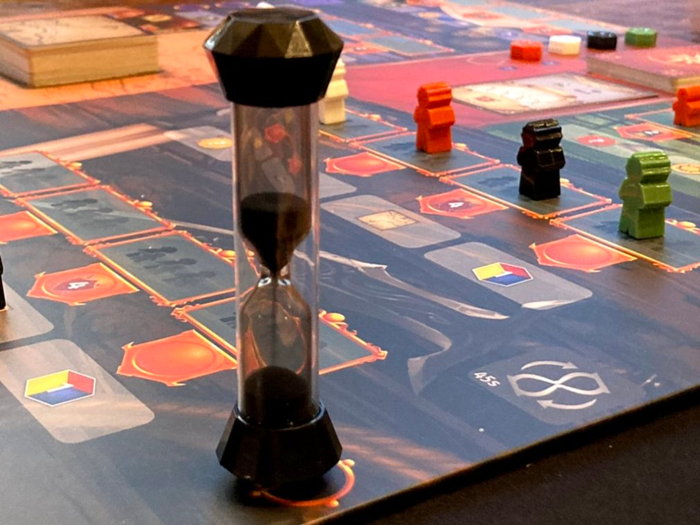 To start, I feel it important to start with what Pendulum isn’t.

First, Pendulum isn’t dependent on the timers. If you bristle at the thought of even having a sand timer on your table, the game can be played without them. In fact, it is recommended that your first few plays be sans timers. But it is important to note that while the game is best with the utilization of the sand timers, it is not the type of game that you would normally associate with those components (e.g. speed, dexterity, party). Instead, the timers are used as a barrier to movement and action.

Second, Pendulum isn’t like other games that utilize time. When the game states that time is a resource, it doesn’t mean in the way that say, Village or even the way that its loose inspiration, Tzolk’in: The Mayan Calendar, uses time. The barriers to entry and exit created by the sand timers are real time, but still dependent on the players flipping them back and forth on the board. So, while the sands may expire on a row, if the timer is not flipped, players could still take the action. 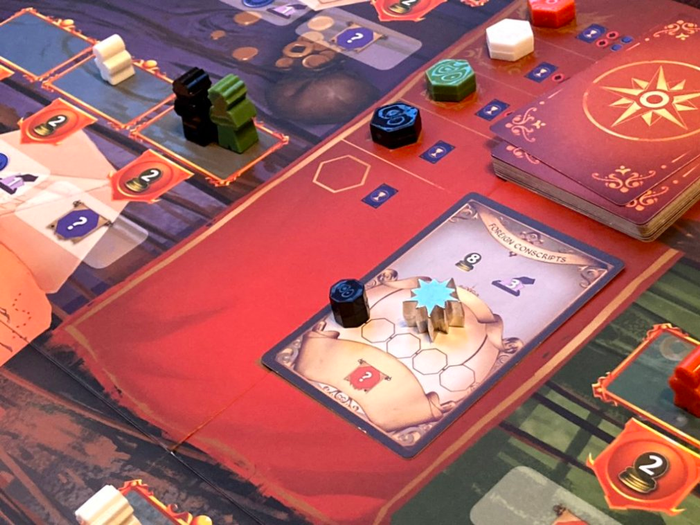 Finally, at the risk of sounding trite, Pendulum really isn’t like anything I’ve played before. The play is simultaneous and even though actions and movement are determined by sand timers, it’s more a game of efficiency rather than speed.  This creates a feeling of stress that has players second-guessing themselves as time falls away. But while the focus (and what appears to be contention) is on the sand timers, the game is much more than those components

And once you know what you’re not getting from Pendulum, it’s easier to see it for what it is - a good-looking game with the expected high production value that is a uniquely entertaining experience.

Pendulum is a real-time, simultaneous action selection, worker placement game with variable player abilities for 1-5 players. In Pendulum, players are vying for the Timeless King’s throne and in order to do so, must balance their power, prestige, and popularity. 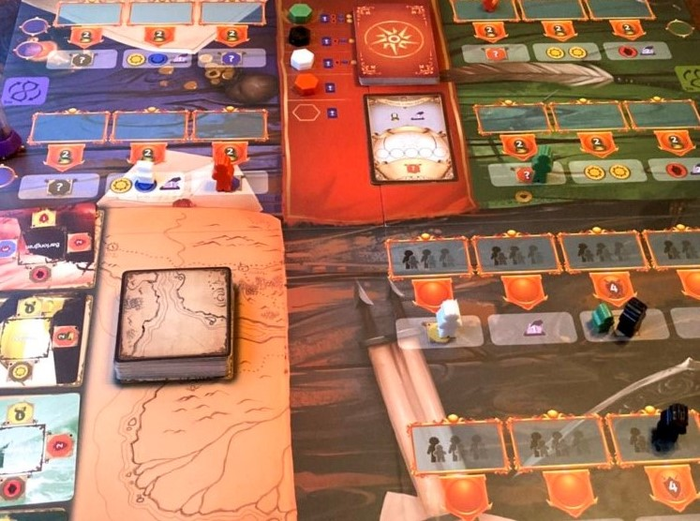 Since the game utilizes simultaneous play, there aren’t turns per se (and I don’t want to turn this into a retelling of the rule book), but there are actions that players can take during the round to gather resources and the abovementioned alliterative goals. Players can place there workers on three separate areas, each with their own timer (45 seconds, 2 minutes, and 3 minutes). Players can place their workers on rows that do not have timers, but can only take worker actions once the timer is flipped on to that row. This creates a continual need for players to optimize their time spent in any one area and a near-constant stress of second-guessing your meeple placement. Once the 3-minute timer is flipped a third-time, the round ends and end-round bonuses are drafted based on the number of each vote a player earned during the round. After four rounds, the game is over.

One thing that I really like about this game is how it is a think fast, but not necessarily an act fast game. In fact, there seems to a be plenty of downtime for players to second guess their play while they wait for the timers to run out and free up their meeples for movement. It is a strange dichotomy of feeling the need to move and act fast (though you don’t have to) with this slow-burn stress that builds as your meeples are stuck waiting. And this is probably the greatest success of the game. It had the feel of as much an experience as it does a game.

Another thing that I really appreciate about the game is that like so many other Stonemaier titles, players cannot be singularly focused and expect much success.  Players have three tracks they must simultaneously manage, and one universal condition that anyone who wishes to win the game must accomplish. This keeps players from camping out on one side of the board, or focusing on only one aspect of scoring. This requires that players move around, and move around frequently, to be successful. The game also includes an advance mode that keeps the game fresh from play to play. The inclusion of an advance mode, and a solo-mode from Automa Factory, increases the replayability. 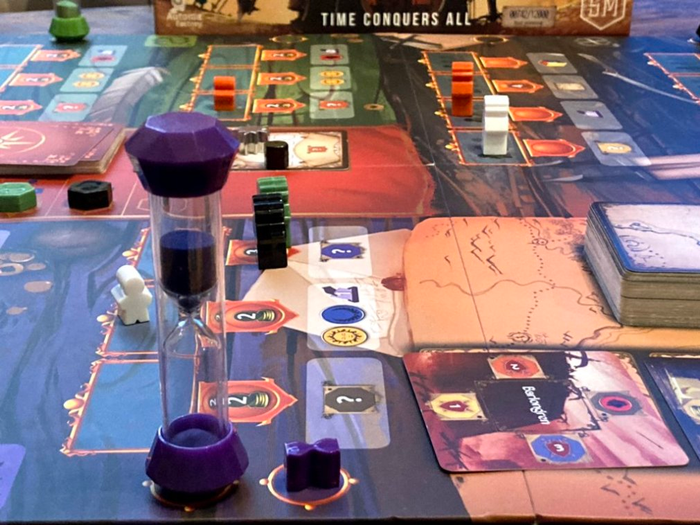 Finally, and most obviously, Pendulum reflects the production quality we have come to expect from Stonemaier Games. The components are high-quality and aesthetically pleasing, the rule book is clear, and the play time accurate.

One thing that I was more of an annoyance than a problem with the game, was the fact that since play is simultaneous, hands can often bump into one another when they are competing for spaces. This can lead to knocking over meeples, and timers, and scattering cards. There were a few occasions where we had to pause games and reset some of the aspects due to a few overzealous players racing towards a newly empty space on the board. 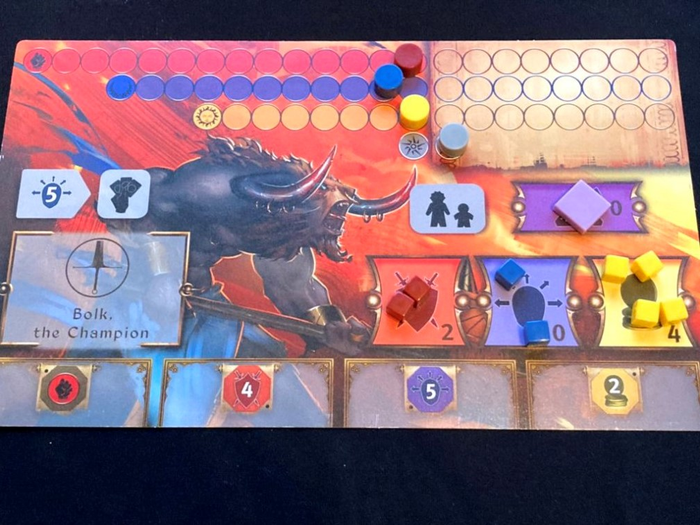 Another concern, and this is going to be different depending on your play group, is that this game is extremely difficult to audit. Each player has their own pool of potential resources that they draw from throughout the game and it would be near impossible to monitor that everyone was playing correctly, or in some extreme cases, not cheating. Some of this can be eliminated by electing to play without the timers, but by doing so would, in my opinion, negatively impact the experience of the game.

Overall, I enjoyed Pendulum. Did I enjoy it was much as other Stonemaier titles? Probably not. I don’t think I would ever ask for Pendulum over Scythe or Tapestry, but if the most negative thing you can say about a publisher’s new title is that you like some of their older titles better, it’s still a compliment.

Pendulum is a unique and challenging addition to the Stonemaier catalogue, and while it will probably be more divisive than any of their previous titles, I think it is worth playing before making a final judgement. 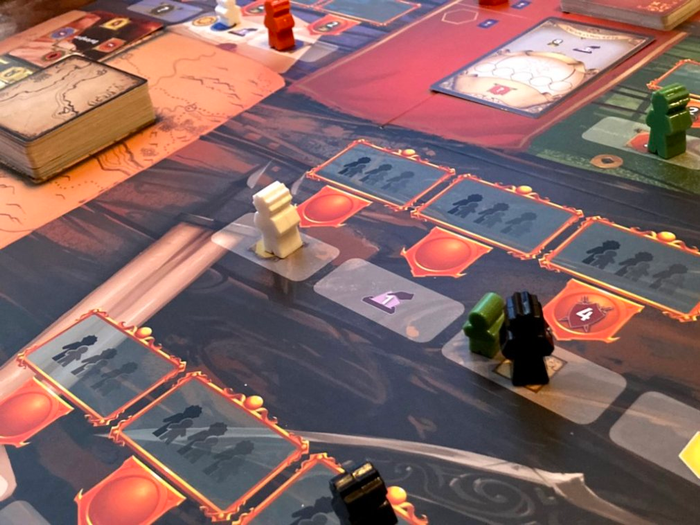 Nick likes board games, burritos, and baseball. He hates alliteration. Along with the written reviews, he loves being a part of the  90 Second Nerd team. Follow him on Twitter @NDShipley and Instagram @90SecNick.

I, for the life of me, cannot figure out whether or not this game is one I would like or not. But I do know that I am intrigued.

That was kind of the challenge of writing a review for this  - I couldnt think of a good "if you like ____, you'll like Pendulum" comparison. It's kind of like Tzolk'in, but only in that you have to plan your moves ahead based on turn order and pay attention to the timing. It's unique and I enjoyed it, but I dont think it's going to be for everyone. However, I would encourage everyone to give it a play if given the chance.

I will definitely give it a shot if I get a chance.

I think that sums up a ton of people's thoughts about Pendulum haha. Trent and I are excited to give this a go!

I will look forward to your impressions.

Thanks for the review! I've watched Rahdo's, Tom Vasel's, and a few others, and I feel like with each one I read or watch, I'm getting a clearer picture of it. I'm thinking it's not for me, but I would love to actually play it.

I too am on the fence on this one...I am kind of hoping I will get a crack to pick it up at the reviewer discount at some point.  I havent seen a preview yet that has me totally won over

Really useful review, I'm a little on the fence with about it at the moment. I am glad you found a new home for your reviews!