ALIEN: Fate of the Nostromo - Will it deliver on the theme?

updated 6 days ago | posted 8 days ago 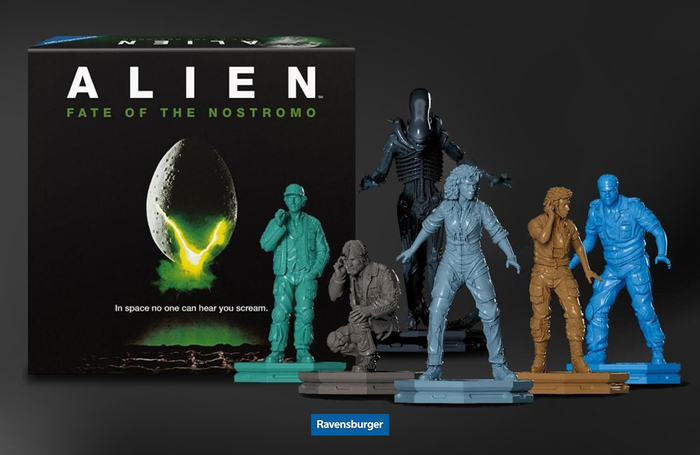 Ravensburger is releasing another game based on a well known IP, and it's Alien!

Alien revolutionized the horror and sci-fi genre and is beloved by hardcore fans out there. Will this game deliver on that same sense of doom and creepy vibe of the movie?

So, what do you think? Are you a fan of Alien? Does this seem like a game you'd want to buy?

Personally, this seems like a quick way to have fun with my casual gamer friends if they like the IP. Otherwise, I can't see myself pulling this out for any other occasion. If I really wanted a game that delivers on the eerie vibe of the movie (similar to the video game Alien Isolation), then I'd go for #Nemesis.

Alien is one of the greatest movies I've ever see . However a board game implementation doesn't seem that interesting as a coop. I really enjoyed #The Princess Bride Adventure Book Game and felt like it really captured the movie and if this game can do the same then I'll happily play it. I just don't have high expectations for some reason.

I think a lighter game pulling off the Alien vibe is tough to begin with. And at the very least, I'd expect some sort of hidden info or movement to come into play to raise the stakes and the nerves.

If they can do as well with this as they did with #Horrified, I'm in. We've gotten a lot of mileage out of that game with friends and more casual gamers.

Right? I wonder how it'll go. The design is by Scott Rogers and I'm not familiar with any of his past games.

He was actually one of the main focuses of the documentary "Gamemaster," which I watched on Amazon Prime last year. I've never played any of his designs either, though.

Looking forwrd to it.