How many board game Kickstarters have you backed? Do you think your numbers are low, average or yikes? 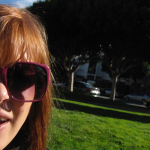 I typically stay away from Kickstarter because I am not able to think that long term but I just backed my first project, #Architects of the West Kingdom: Works of Wonder

It got me thinking - What is an average of amount of kickstarters the typical board game enthusiast has backed in their lifetime.

How many board game Kickstarters have you backed? Do you think your numbers are low, average or yikes?

Firstly, I think that there are, broadly speaking, two groups of gamers. One group, and I think it is a big group, doesn't touch kickstarter.  The other group tends to use it fairly frequently.

I do use/have used kickstarter.  But, I do think that I do use it less than most people who use it. The first project I backed was a little over a year ago. Right now I have backed the grand total of 4 projects.

#Pax Pamir (Second Edition) was the first project I backed. I backed it for the game and the metal coins. It has fulfilled and I had a super great experience.

The third project I backed was the #Frosthaven campaign. I backed it at the $1 level to get the digital implementaion of #Gloomhaven in the pledge manager. I got the digital game, but haven't played it.

My most recent project backed is #John Company (Second Edition). I backed it for the game and the metal coins. It has not fulfilled yet.

I expect I will continue using kickstarter, but using it sparingly. I imagine I will probably back anything that Cole Wehrle puts out with Werhlegig games for the foreseeable future. I do believe the next game that he is hoping to publish with Werhlegig will be the second edition of #An Infamous Traffic. I do know that I will want that. In terms of more immediate stuff that I am thinking about maybe backing......

#Voidfall should be launching in Sept or Oct. That is is one that I might wish to back. I have a feeling that I probably won't but it is one that I will be interested in watching, at least.

#1889: History of Shikoku Railways should be coming to KS before too terribly long. I do think that there is a very high chance I will back this one. The new edition actually brings some lovely art to this game. And I think that I should buy either that or #18CZ for a shorter 18xx experience to play with lower player counts. The fact that 1889 keeps the #1830: Railways & Robber Barons formula but tightens the map for fewer players, and shortens the game is hugely appealing to me.

Wow, I have definely in the don't touch Kickstarter group. You have opened up quite a world to me. Great stuff, I need to get on some of these upcoming ones. Thank you!

I have backed four Kickstarter campaigns for board games (and two for physical RPG products, as well as 38 PDF versions and a few related items).

I have to say that I sort of regret all four board games.

Given the additional costs and challenges with shipping things to the UK these days I'm unlikely to back many more unless I'm very confident in them, I think (I am currently waiting for the two physical RPG products, but one is for a new edition of my all-time favourite RPG, Blue Planet, after 20 years and the other is the Avatar Legends RPG, which I think I might be able to play with my kids).

Only one campaign I've been involved in has failed to produce the final product, which is especially frustrating because the person behind it is visibly active elsewhere but hasn't responded to anything on the Kickstarter campaign for 18 months. I wish they would just formally declare it dead.

That makes sense, I bet it is a bit scary to jump into things so early without knowing how they are going to turn out. Especially with all the increases in costs that have been happening.

-- about 7-8 were cancelled during the project

-- and roughly another 30 or so were backed just for a dollar to show support to a designer I really like and wanted to signal boost.

I have about a half dozen waiting to come in. The longest wait right now is for Legends of Sleepy Hollow, and the last one I backed was First Ascent (reviewed the prototype and my family loved it so much they *asked* me to back it, something that NEVER happens).

73 projects!! Wow. As a fan of the board game community and some of the personalities you mentioned, I thank you for your support. I need to work on giving back more!

Just checked and I've backed 13 games and 1 game related item at this point.  I would say that my numbers are probably low (but reading through the comments here, it sounds like I may be on the higher side).  I do know a couple people in some of my game groups have backed a lot more than me, and a couple who have backed less than me.  In general, I try to back games that will work for my gaming group or fill a niche in my collection.  I've done a really good job of staying away from the multi-hundred dollar pledges.

The one board game adjacent thing I've backed was the Dice Tower 2021 campaign.  I didn't get anything physical or from it, but wanted to make a donation for all of the video's that were a huge help as I got into the hobby a couple of years ago.

I've backed 12 boardgame projects going back to 2014. (Most recently #Luzon Rails). All delivered in a reasonable time frame. I tend to only back small indie projects. If it's anything that will eventually hit retail, I'll just wait.

The only KS I'm still waiting on is a non-boardgame one, and it's been ten years... Any guesses?

Is it perhaps a certain space based video game? :)

Hmmm, not sure then! 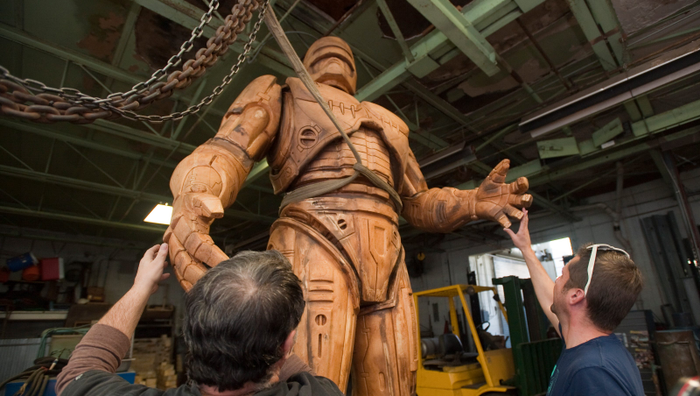 Haha, Detroit does need a statue of Robocop!

Oh...I never would have guessed!

I have backed maybe 20ish kickstarters over 5 or so years.  I think my numbers are probably average among hobbyists but certainly not yikes.

Honestly, I have become less of a fan of kickstarter projects over the years.  I WILL do projects for games I am familiar with or expansions for games I know I like.  But I'm less inclined to kickstart fresh new projects.  I just find that the money I have tied up for a couple of years could have bought me a game that I would like now.

I am not usually in to the big massively expensive kickstarters where you won't be able to get them retail so that sort of insulates me from that temptation.

So I'll still kickstart but often it's smaller, quicker games and/or expansion projects for already established games/companies/designers I know I like.

Good thinking. Games constanly being delayed and not getting them for years is my big worry, but it is good to support smaller games to make sure they get made. I think this is going to be how I approach KS a little bit more! 👏👏👏

Same here -- I've backed maybe two big projects -- most of the rest are $20-30 games from smaller companies I really like and want to support.

I did a rash of them when I first tried it out because...I wanted to try it out.  Glad I did because I know what niche I fit in to now.

That said, I backed #Frosthaven immediately but I know I'll get my money out of that one.

First off, good choice on where to start. You can't go wrong with Shem Phillips involved.

I started last April and have averaged about 8 per month. I'm sure this is "yikes", and too high, going forward, but I don't know enough about myself yet to know what all not to back. Many of these have been expansions to previous games I also didn't have, so at least I won't need to pay for so many old games when backing the new ones.