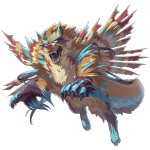 The first weekend of March and that means game nights. I had some fresh meat this weekend too 3 retired people ages 58 - 72. Gaming experience of mostly card games, knucklebones and the Milton Bradly Hasbro classics. I think the only somewhat new game between them was Taboo. Game night this week there were 7 people which went beyond the capacity of most of my games so we paired up an experienced player to help the new 3 and dived into a 6 player game of Ticket to Ride Old West.

Being an introductory game it wasn't played very fast but everyone got into the swing of things after the first few turns. I got to share a bit about how modern games work and the various expansions to ticket to ride. I have requests to play it again next time this group can get together and it looks like they will be picking up their own copy of at least the base game this week. After that game 3 of us played a few rounds of Sushi Go! before cleaning up.

There is another game night of tonight with the previous group of 4 returning for game 2 of Catan. This should be fun with the introductory game out of the way and a lot of questions having been answered. If it does go well I will be adding the 5-6 player expansion soon. Also on the docket is Forbidden Island since co-op games have been a big hit.

That's all I have for you this weekend. What have you all brought to the table? Any new games picked up? Next weekend I might have a group of 8 so it will have two games to run.

I got to play Pandemic: Iberia and some Texas Hold'em Poker.

I need to either get that or Fall of Rome since we are getting better at the original.

I want to check out Fall of Rome too. Seems like a nice step away from the disease theme could lead to cool design choices.

Good formula with different themes and a few changes to make it fresh is how companies get me as a repeat customer.

Sorry THIS weekend I hope to bring Adventures of the Northland: Sagas of Noggin the Nog. It’s a fun worker placement game I bought from a publisher in the UK. Haven’t played yet but it looks like a lot of fun.

Is that based off of the old show and books? Worker placement games have been well received. I am thinking Lords of Waterdeep will be the next one of the genre for my library.

It is actually, though I know nothing about the lore of the game, the mechanics seem fun.

That board looks awesome.

Apparently the creator of the books was an integral player in creating the game. So he helped in the creation of the game to try and keep it true to the books.

That is great to hear I like when stuff is kept closer to the source material. It gives a much better feel when lore and art are given the right amount of attention.

Yeah, I was happy. Even though I dont know the lore, it kind of reminds me of the Where's Waldo books (minus the hunting)

I have a couple of friends across the pond that have mentioned it and that name sticks in your head. Worker placement can get competitive and makes for a good time.

This worker placement is unlike others. Meeples don't block placement.

Oh no we can't hold back the Meeples anymore. That game must have some fun strategy to it.

It does...you can take the same action as many times as you want in the same round but to do it. It costs 1 extra maple per action so 1 for 1 2 for the second and 3 for the 3rd. And your maples can get trapped there for a round by Nogbad and you can recall them during sweep up so if you wanted to use that action in the next round it would still cost you an extra meeple

I can picture in my head the people in my group that would over extend. I think one of my newer players would destroy everyone though he has a knack for it.

well you get 10 maples to start...and you can earn up to 6 more. and a round doesn't last that long however to earn points you have to sacrifice meeples to the point cards and you can't get them back until the card scores or (unfortunately) you run out of meeples then you can take 1 meeple back from the card but it won't score points if it completes

Reminds me a bit of the dice game Roll for it!: Deluxe Edition

I'll have to look into this one I love a good dungeon crawl.

It was a Kickstarter...they are gonna do a second printing in the spring

A tiered board? That reminds me of 3D chess you should do a write up on how the game went.

The game was tense at some points we had one person rolling crit hits and then when he rolled for damage he dealt the minimum almost every time.

Enemy overload!!! We had so many enemies spawn at one point it was crazy but luckily one person had a high attack rating and plowed through a bunch of them.

Wow good for the team work and getting some documentation of the game. I really should snap more pictures but my phone is usually forgotten about.

I have to keep my phone around because I do stat tracking lol. Games played, win percentage, time played. H-index etc