POLL: Who Will Win the Kennerspiel des Jahres 2021?

The Kennerspiel des Jahres 2021 winner will be announced in just a few days, July 19th! Vote now on who you from the three nominees you think will take home the award.

This is a spinoff of the Spiel des Jahres, the best board game of the year, but is more about strategy games and was created in 2011 when there were just too many awards to lock into one category.

Check out the games pages for more info -

On an uninhabited island in uncharted seas, explorers have found traces of a great civilization. Now you will lead an expedition to explore the island, find lost artifacts, and face fearsome guardians, all in a quest to learn the island’s secrets. In addition to traditional deck-builder effects, cards can also be used to place workers, and new worker actions become available as players explore the island. Some of these actions require resources instead of workers, so building a solid resource base will be essential. You are limited to only one action per turn, so make your choice carefully.

As ruler, it’s up to you to build the mightiest realm in the world! Will you choose to follow military tactics and sweep away all in your path with a massive army? Will you turn towards sorcery and control an inaccessible island surrounded by impenetrable flames? The choice is yours, and no two realms will ever be the same in this combo heavy card game. Make the best hand you can by making the best combos. The game ends when ten cards are in the discard area. Aim for the highest score to win.

This is a co-operative adventure game set in the stone age, a game in which players try to keep the human beings in their care alive while completing missions. Each player starts the game with a couple of humans, who each have a skill and life points. On a turn, each player chooses to go to one location and while you have some idea of what you might find there, you won’t know for sure until you arrive, at which point you might acquire food or resources, or find what you need to craft a useful object, or discover that you can aide someone else in their project, or suffer a snakebite that brings you close to death.

The announcement of the nominees was originally made on May 17, 2021. See the full post with all those original details here.

Head on over to the Spiel des Jahres site for all there official word and news. 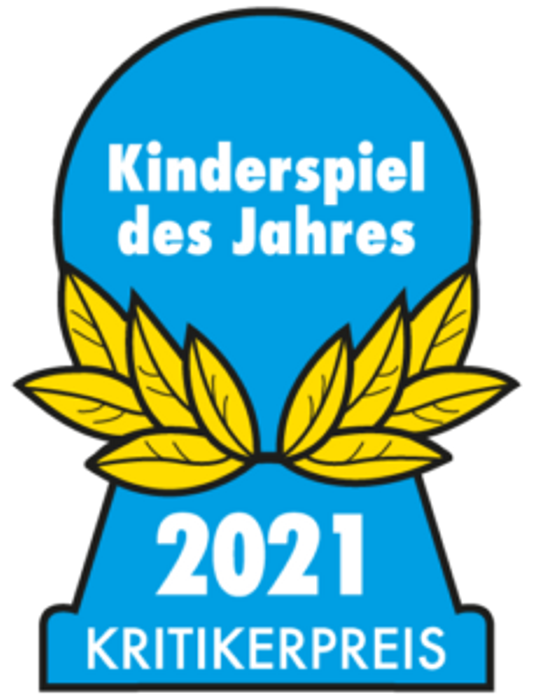 I'm going for #Lost Ruins of Arnak!  I bought it two months ago and haven't had a chance to play it yet!

Geez, I feel like I am missing the boat because I haven't played #Lost Ruins of Arnak. I liked #Paleo but I am almost embarresed to say that after this wave of enthusiasm.

I don't see how it can't be #Lost Ruins of Arnak. Unless a lot of priority is given for the cooperative aspect of #Paleo. I've been surprised by the winner before... so who knows.

Yes! The Spiel may be a little more of a question mark but I think #Lost Ruins of Arnak is definitely going to take it. The game is too beloved and it is fantastic.

It's gotta be #Lost Ruins of Arnak!

It sure gets my vote!

#Fantasy Realms was meh for me, didn't like the art or production, and although it was a nice filler, I much rather the game that #Red Rising presents with kind of the same spirit.

#Paleo surprised the heck out of me. Played it twice, and enjoyed both plays. If I owned it, I'm sure I'd play it even more.

#Lost Ruins of Arnak I think I'm up to 10+ plays of Arnak (three in person, the rest on BGA). I love this game, it's definitely in my top ten for that year, and if I didn't love #Beyond the Sun so so so much, it would probably be my game of the year or close to it.

I played Beyond the Sun once on BGA and it was just okay for me. Didn't help I had no idea what I was doing most of the time lol. Maybe it person it would be better.

This is my current experience playing #Terra Mystica on BGA right now-enjoying it, but have no idea how to win the game and I've got half the points as the next closest player!

Glad you're having a good time still! I've never played before this game on BGA. I just have the advantage of having played #Gaia Project before (probably a top 10 game for me honestly) and Terra Mystica plays very similarly. I think I much prefer Gaia Project over it but this is still a good game.

I've played Beyond the Sun in person and on BGA and in person is definitly better.  It's still fun to play on BGA but I'd much rather play that in person.

@cbrady748 I concur with @docker37 -- it is definitely better in person, but once you have the system down (which is surprisingly easy once you see it on the table), the BGA version is very very enjoyable. It really is not as tough a game to play as its intimidating looks make it out to be.

Maybe someday I'll be able to play it in person! I feel like I would really like it

That expansion looks legit too. Everything I would want in getting more stuff. Must buy for me.

I'll likely be in the same boat once I get Sarah to play it with me. Might take awhile but I'm sure she'll get hooked.

It also got several Dice Tower awards towards the end of last week....

And if you combined every media personality's "Best Of" list from last year, and judged them on a weighted average, #Lost Ruins of Arnak is #1 by quite a bit (leading over the #2 #Dune: Imperium).