Weekly Challenge #5: 5 Euro Games in My Collection that Use Dice as a Mechanism

Dice in a euro game are always interesting.  They usually require the player to have a good mix of strategic thinking so they can win the game but with the ability to tactically deal with the dice roll at any given moment.  Even wiith some mitigation involved it's often the person who can make the most of what they roll that will take the day.

Here are 5 euro games that use dice as a key mechanism ordered by my personal preference.  (Note, I like them all so being #5 doesn't mean it's a bad game.).

It's interesting to note that all 5 games have a slightly different flavour of how the dice are used.

Do you have a favourite game in this category?  Any you can recommend to me that aren't in my collection?  Is there anything on my list that you feel doesn't belong here?

I don't think I've played any dice based Euros, but I would really like to. Teotihuacan and Castles of Burgundy are two from your list I'd love to try, as well as Marco Polo and Alien Frontiers.

Teotihuacan is an amazing game. One of my top games right now. Castles of Burgundy is one I enjoy but has been hit and miss with other people. I can recommend it personally.

I have played Marco Polo once. It was good.  It didn't blow me away like I thought I would but more plays are needed it think. I'm interested in trying the second one as well.

Alien frontiers is one I haven't tried at all

#Teotihuacan: City of Gods might be above the desired complexity level for my group, but I'm not too sure. I think part of the group would be down, but the rest might not.

#Alien Frontiers has a reputation for being mean, which is a slight downside for me, since my wife really would hate that, and some of my group wouldn't enjoy it too much either. It looks like a fun one, though.

Teotihuacan is definitely a game that really clicks on the second play.  The first play is learning the flow and the lots of little rules that occur at each location but once you get in to how the game flows it is usually not too bad.  You could try it out online to see what you think about it.

Alien frontiers looks interesting.  I might have to check it out.  A bit of meaness is fine in my group.

I had a dice phase some months ago when I was on the lookout for the perfect game with dice workers! And I agree with you, I really enjoy the perfect mixture of strategical thinking and tactical decisions you make when trying to deal with the bad rolls.

Marco Polo bears some resemblances to Coimbra I believe. In MP, you have a set number of dice workers that you can place on various spots. You can spend resources to hire more workers or get re-rolls. The big catch in MP is (1) when taking an action that requires more than one die, the "power" of your action is determined by the lowest numbered die and (2) when you want to place your workers on an already occupied spot, (1) you have to pay to take that action. The amount you pay is determined by the lowest numbere die. This makes it so that low numbered dice are just as important when you're really needing to take actions on populars spots without breaking your bank for it. Besides this, this game features highly unique variable player powers where one character doesn't even need to roll dice haha 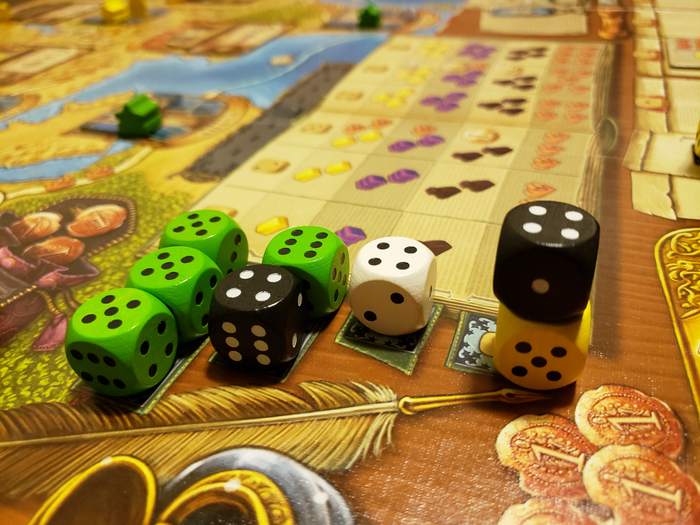 For #Atlantis Rising (second edition), it's a co-op game where players work together to gather different resources from different peninsula that jut out from the center of the island. The probability of gaining a resource increases the further you go out to the end of the peninsula but you also run the risk of not being able to take that action if the location you're standing on happens to flood away. You roll dice to determine if you obtained a resource. You can mitigate bad luck by spending "Mystic Energy" 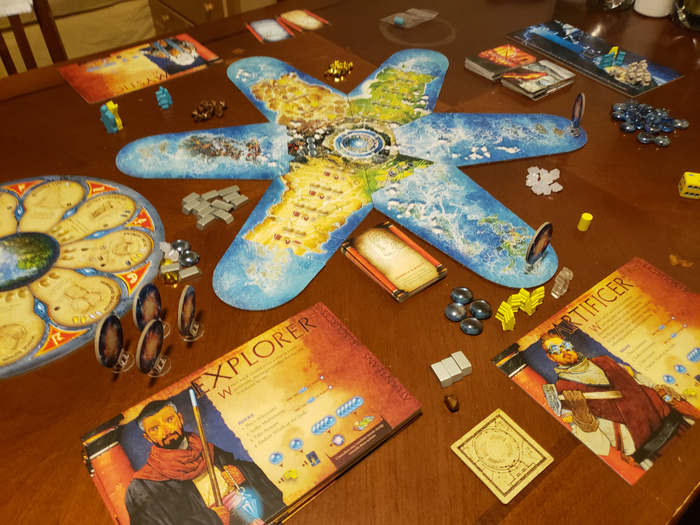 #Camel Up (second edition) is a racing game and each die corresponds to a camel of the same color. To be honest, I think this is my favorite out of these three games. I absolutely love the random, silly, chaotic fun of it even though there's very little strategy involved. 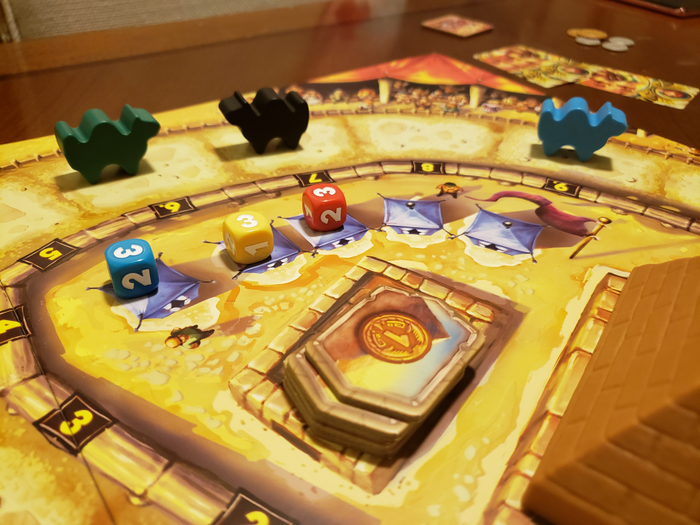 I'd love to try out #Troyes. I feel like it would be one of my favorites within this category. I also have #Root that uses dice but it's not the biggest part of the game.

I have played Marco Polo and Troyes online recently and Atlantis at the last SHUX. Camel cup is one I haven’t played but have heard good things.

I found Marco Polo good and Troyes was decent.  Atlantis was a pretty fun co-op game.

They all have a slightly different approach to dice as well. Lots of options!

Only one of these I've played is CoB. And I really haven't enjoyed any of my plays of it.

I like it but it doesn’t blow me away.  What aspect made it not fun for you?