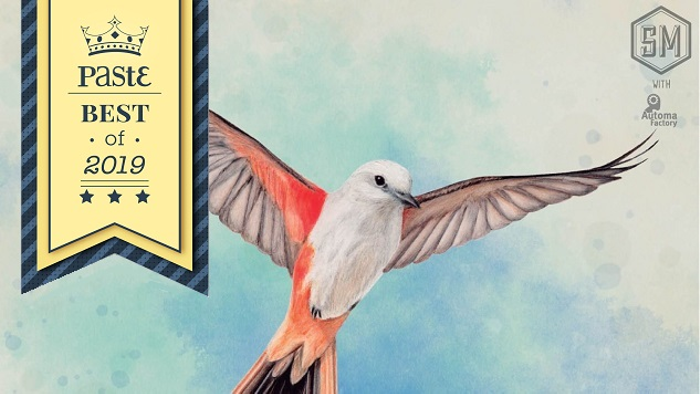 I've played Tapestry and Wingspan from this list. I think my tastes are a bit different than the author's, because there were a few on there I'm not even slightly interested in. But, Wingspan and Tapestry are both great games.

I had to look back over the games released in 2019 and unfortunately I haven't played 10 so I figured I'd rank the 6 games I did play.

#1. Wingspan...enough has been said about this game.  It's great, the European expansion is very good. I bought the game to give to a family member this Christmas

#2. Tapestry..I'm still not sure where I personally rank this game but it is beautiful and fun to play and challenging and I look forward to using the civ corrections in the near future.

#3. Sierra West..I just started playing this one and have enjoyed the worker management mechanics thus far.  I'm trying the 2nd of four modes now and will try to rank all four once I'f played them all.

#4. Bosk...Sort like Azul and Photosynthesis put together but way better than Photosynthesis and not quite as fun as Azul.  Very pretty game with area control dynamic across four seasons.

#5. Everdell Pearlbrook...I like Everdell the base game quite a bit.  The Pearlbrook expansion feels disconnected to me although it make the larger goals more point effective to go after during the game.

#6. Sushi Roll - it was fun but not my type of game and not quite enough dynamics in the game for me to want to play it too much.  It is quick though and a handy party game.

You should maybe check out Res Arcana for your wife...

I've always been interested in games with a theme of alchemy but I've yet to play one. Will check it out