Which Pixar film would make a great board game? 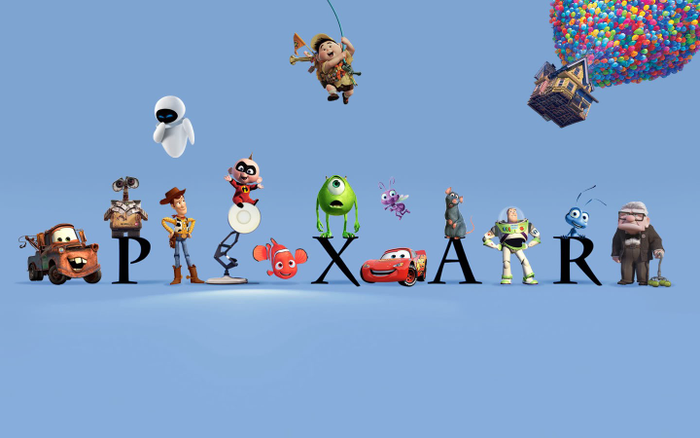 So I love Pixar films. I've even had a passing thought back in high school how I'd cope with a future girlfriend/wife who doesn't like Pixar. It was also their films that kindled my desire to get into a career in art/illustration/animation, although I ended up going to school for engineering (that's a story for another time).

We've done a similar drill before in our discussion about different IP's that will serve as a great backdrop for board games. And with Pixar having fantastic world-building that is filled with deep characters and world structure/concepts, I wanted to ask--which Pixar film would make a great board game? (the image doesn't show all of the recent films like Inside Out and Coco)

I'm not sure what it would be, but I love the aesthetic in Coco. Maybe a Coco-themed legacy game where the goal is to make sure your ancestor is not forgotten?

Toy Story as a hidden movement game, where you're trying to get somewhere without being spotted as a moving toy. Cooperative, perhaps, or 1 vs. many.

Inside Out would be a good... oh wait they did that one Cerebria: The Inside World

Wall-E would be interesting. A game about cleaning up Earth?

Incredibles seems like an obvious option - loads of things you could do with super heroes.

I think the best two worlds to explore would be as follows:

Monsters inc for sure :) But I can also picture wall-e. And UP as an adventure game.

I’ll show myself out

Incredibles could be a one vs many or co-op game where you have to take down a villain.

This was my first thought.