For those who held back on getting Terraforming Mars all these years, is this finally your time?

Haha, unless the upgrade the card art, I doubt I'll be getting this. I'm sure this will run around $150 or more, and I've never even played the game, and it's kind of ugly. This is pretty cool for superfans or people who want to go all in, though!

You really shouldn’t knock it until you try it. It’s such a great game.

I'm not trying to be provocative here, but can you explain why it's great? I've played it a couple times and it never really grabbed me. I'm starting to think it's because of the components. I kind of had a similar reaction to #Imperial Settlers: Empires of the North so maybe I just don't like engine builders?

It could be the case that tableau builders are hit or miss for you, in my opinion, which is one subset of the larger engine building mechanic. At least that's how it is for me because by nature, tableau builders are lower in interaction, generates tons of cards in front of you throughout the game, and the main method of interaction players have with the game is through cards, and not very much of other components (I'm only mentioning the elements that can potentially be a miss for some players, and not listing out its strengths).

#Imperial Settlers: Empires of the North was a bit of a miss for me because I think I prefer tableau builders that have more structure and ones that reward a better feeling of progression. By comparison, #Wingspan has many of the same elements but it's my favorite tableau building experience so far because it's well structured in its three rows of engines to focus on (even comes with a player mat to facilitate this), which makes it easier to tell how different your tableau is across your plays too (e.g. you focused way more on food this time vs. on laying eggs, etc). I also find a turn in Wingspan more satisfying because you're setting off a chain reaction of actions. In Empires, a turn consists of one action that is a part of the chain that you're going for, so while this gives you a greater amount of flexibility, I find the turn too quick sometimes and you really have to concentrate on remembering which moves you're going for. This makes it more difficult to pay attention to other players' turns and also gives you less leisure to appreciate the nice illustrations on the cards too. In the end, I think I prefer something that I find is less "free" and something more structured.

I think I agree with you 100% on all counts. I'm cooling on Wingspan, but a tableau like #Everdell is probably my favorite. I think I just got overwhelmed with how nuts the tableau can get in #Terraforming Mars and #Imperial Settlers: Empires of the North too much for my aging brain to keep track of. TM is a game who's theme I love, but I've just gotten no joy from it.

Not liking engine builders could be the case.

Here’s what makes TM so great:

I love the possibilities each game brings. Adapting your starting strategy and making the best use of the cards that you see. Building an engine and watching your Corp accomplishing more and more each generation. Constantly making decisions about what cards to buy, which cards to play. The theme is also super appealing to me.

Everything that you're saying makes total sense to me, but each time I've played it just never hits that point where I feel like what I'm doing matters or drives me forward. It's usually, "I guess I'll do this now" type of a feeling. Not all games are for everyone, but there's been so much mass appeal of TM that I wanted to see for myself and it just didn't work.

You might be a good candidate to try it online.  It has a nice implementation.

Now that I think about it, I actually own it on Steam from some sale a while back. I'll have to give it a whirl.
1
[-]

If they made all those changes, it would look super cool! But I agree, I'd much rather get three games if a price is around something like that.

Agreed. There are so many great games!

Wonder how much it ll be. If they put a decent art on the cards instead of the current one, and double layer playerboards I might think about it.

If they actually replaced the art, everyone would go nuts!

What????? I'm super curious about the price.

Would you go for it if the price is right? What would be the highest you'd go for? :D

Maybe, and I don't know.

I think I like TM, though I have played it only once, and only at 3 players. But, it was way too long for what it offered, and the randomness in the deck. We didn't draft, but I imagine that that would make the game even longer. I have, however, considered it many times in the last year. I think I would enjoy it as a solo game. But, I am not sure what I would be willing to pay for something like that. I do think I would have a hard time justifying the price this will command. The biggest thing that almost guarantees that I will not be getting it, for now at least, is the size of the box. 12x12x8 is just bigger than I can justify for something like that right now. If I were in Kansas I might be more tempted, but the price will have to be very very attractive to justify the box size in my eyes right now.

I really expect that this will cost between 100-150 dollars. And when you are playing in that sort of field I probably won't bite. But, even if I were too pay that much for a game I would probably still go for #Cloudspire or #Too Many Bones, or #Frosthaven, or #Gloomhaven, or any number of other games that attract me more.

As I look into it more I wonder, is it a delux game? or is it merely a storage solution + some new content?

TM is great! I’d still want just the base game. Though I’ll try to get my brother in law who owns it to back! Haha

I will keep updating this thread with more info on the Kickstarter. Here's a look at the big box! https://www.fryxgames.se/our-coming-kickstarter/ 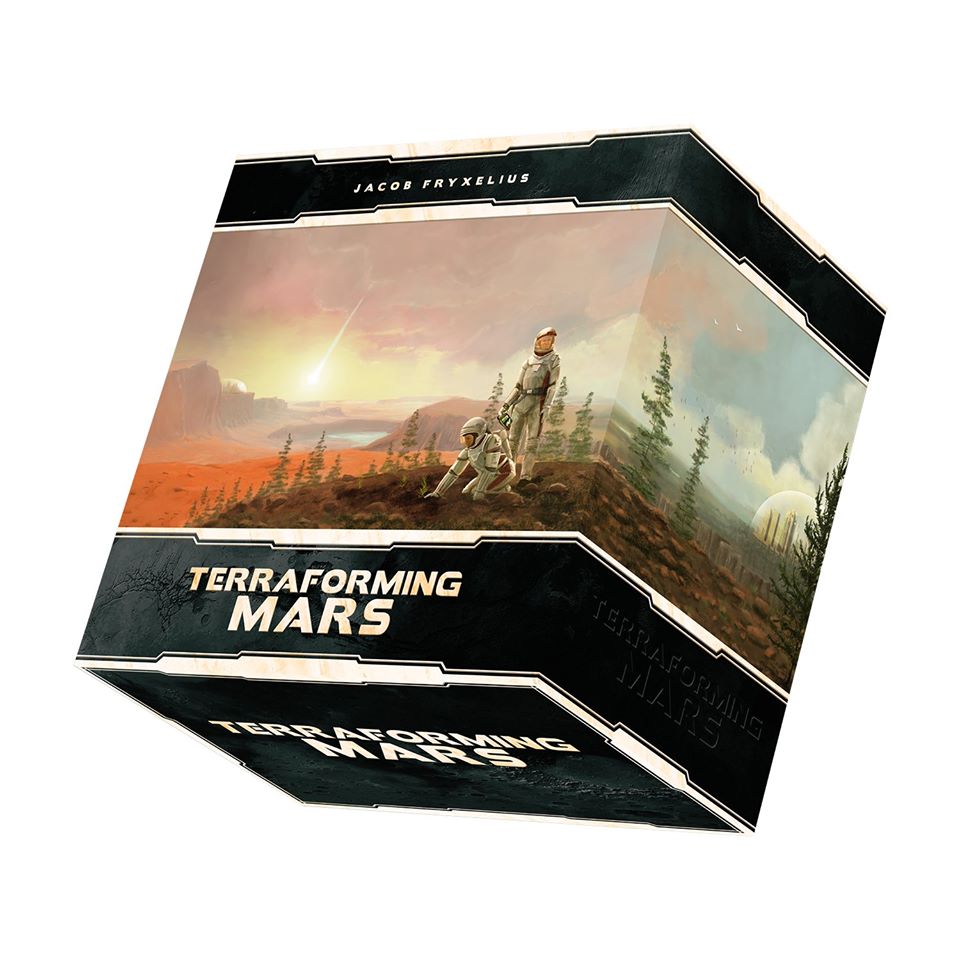 I hate to admit it, this is on my Shelf of Shame (along with Gloomhaven). Wife even built an insert that holds a couple of expansions and all. No more excuses! This has to be one of the next games I learn to play.

This is awesome! If the components in this game were just a little bit better the experience would be incredible.