Top 5 games i would buy if i had the group for it. 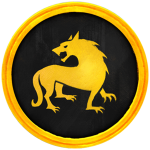 There are so many games on my wish list and, like many of you, i could probably make 10 lists like this and still have other games left over. So i thought, lets keep it a small list to games i have lots of interest in but won't buy. We all share the experience of reading about/watching a game review and knowing its for you, but we also know thats not always enough reason to buy a game. To really get the most out of a purchase you need a group who'd want to play the game with you. So I've made a list of games I want (badly) but for one reason or another, i just don't think theyd fly in my groups.

#Western Legends is an open world game about being a cowboy. Simple elevator pitch that tugs at my heart strings everytime i think about it. Unfortunately, this game requires people who will buy into the theme, otherwise what is the point? I love my groups, but there is not a cowboy fan amongst them, and thats okay, but it does mean this game is low on my wishlist.

#Food Chain Magnate, oh boy im interested in this. On one of the SUSD podcasts they said that when Splotter designs a game they use a theory that if you can't lose on the first round, then what's the point of a first round? That idea makes so much sense to me, and while one of my groups definitely can deal with cutthroat and hard they (and possibly myself if im honest) may not have the attention span for 90+ minutes of KNOWING you've lost.

#Twilight Imperium 4th Edition this is just a matter of time v. money. i almost bought it during the pandemic, thinking, I can go outside of my groups if necessary and gather 3-4 people. Then if i can get this out once a year, or every other year, the experience would probably be worthwhile. But ive never played this, and the price tag is so high! what if it takes a year or two to get a game going and then, i dont like it. i can't take that $180 gamble, and my group is NOT willing to split the cost with me. (i've asked)

#War of the Ring (Second Edition). I love LOTR. I watched the SUSD review and new this was something i would love. The only other person i know who loves LOTR as much is my dad, but guess what he does not love? long, difficult grindy style board games. I hope to have a son or daughter one day, and i only hope they love LOTR and Games as much as i do and we can give this a go. With my luck they'll probably like sports though. gross.

#Clank! Legacy: Acquisitions Incorporated . I floated between this or Kings Dilemma, but settled on this because this game breaks my brain in half. I won't buy this because no one in my group has played basic Clank! so i can't say we'd like it enough for a whole legacy campaign and i'd be better off buying the base game. BUT if i buy the base game and it's a hit, then i SHOULD have bought the legacy! its rock and a hard place. So, here's hoping i win the gift card, because if i do, im buying this game and i can sleep peacefully again.

thanks, and hope you all enjoyed the list i know i've enjoyed reading all of yours!

Nice selections! I'm one of those people who jumped straight into Clank! Legacy without any Clank! experience. It shot right up into my top 5 games after game 1 :)

I like deck-building when the mechanic isn't the entire game (e.g. Dominion) so Clank! was a natural choice. The storytelling and the choices it presents to the players are very fun and I love the randomness involved (some people don't like that about Clank! though)

My #1 for this list would be #Oath: Chronicles of Empire and Exile

i always feel like randomness gets a bad rep in the community. It IS very frustrating having your plans ruined by bad luck, but it is also exhilirating to succeed with the odds stacked against you, and randomness adds that spice of emotion better than any meticulously mathed out plan ever could.

i didnt even think about #Oath: Chronicles of Empire and Exile but it could be on my list as well!

Don't give up on your dream of winning a giveaway but in case you weren't aware, Amazon has sold Clank! Legacy at around $50 before (that's how I got mine). I'm not sure if it will happen again but keep on the lookout! And I agree, randomness when pulled off well is so great. @trentellingsen and I did a playthrough of #The Quacks of Quedlinburg today and while it might be too much randomness for some people, I find it a fun challenge to counter bad luck with some great bag-building.

Sdirrane backed #Oath: Chronicles of Empire and Exile so I'm looking forward to hearing his thoughts on the game when the campaign fulfills..!

Thanks Phil, and i love what youre all doing here and i hope to conitnue to contribute in what small ways i can.

Being in Canada means the shipping costs usually negate the savings on Amazon.com, while Amazon.ca rarely if ever has equivalent deals. I will keep my eyes open and hope for the best though! 401 games and board game bliss do tend to have good deals (and both ship to the US, FYI - good deal + positive exhcange)

Hope you land a good deal or win a giveaway!!

And, I agree with every game on this list except for Western Legends. I really really want them.... But don't have the group for them.

Yeah. That is a lot of serious plays requiring some time and dedication!

Ah man, I recently got #Western Legends and it is very fun, but yeah, you do kinda need players that would be excited by the theme.

I've hesitated on #Baseball Highlights: 2045 for so long because I don't know if I could get someone to play it with me more than once.