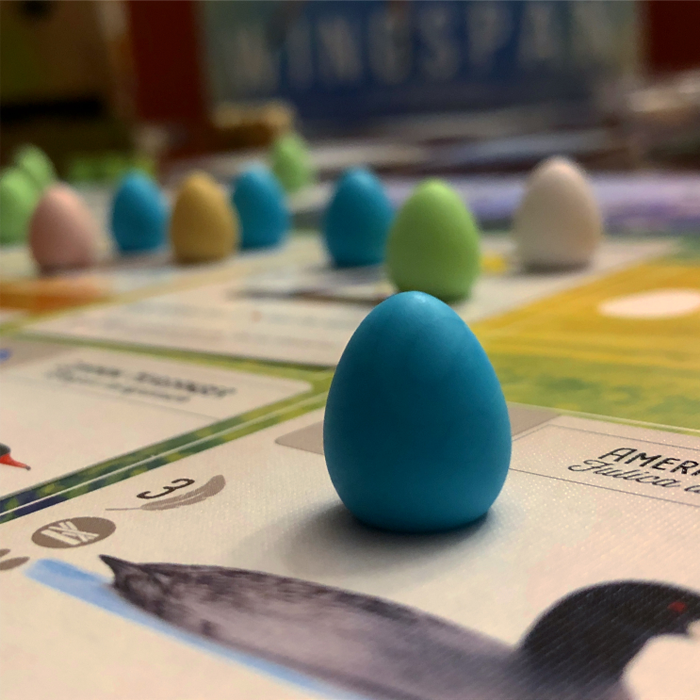 I got in a solo play of Wingspan tonight. Clever Automa. It felt very smooth, and it was a tight game. I lost 81-89, but it was still very enjoyable. They did a good job with this solo variant. This will definitely be joining my solo game rotation. Anyone else play this solo? What did you think?

I agree with your thoughts. It was very easy to use, and the game itself was just as fun as if playing with people, minus having people to talk to while you play. I've only played once, but definitely plan to play again some time when I have time for a solo game.

I hear ya; I do enjoy the social aspect of gaming. But, I also enjoy gaming for the sake of gaming, and this does a good job of that.

I watched Rhados solo run-through and was impressed how elegant the and easy the run the automata appeared.

I’ve watched a couple of Rahdo videos now. He seems alright. Not my favorite yet.

He isn't my favorite, he ignores some games and aspects of games that I like. But his run-throughs do give me the feeling of how the game would feel for.

I watch him for playthroughs on games I'm interested in. He does a great job. I haven't done any of his solo plays though; I'll have to rectify that.

I actually prefer his solo run-throughs. They are quite good.

For someone like myself who hasn't played solo variants and not familiar with the Automa, could you explain how it works? I have Viticulture with the Automa as well but haven't tried tackling it

The Automa is Stonemeier's "artificial intelligence" in order to play a competitive solo game. It consists of a small deck of cards, each one consisting of a certain action (or actions) for a specific round (most cards have actions for four rounds--do the action for the current round). Some cards only have actions for one or a few rounds; these cards are removed after a specific round, which helps weed out the deck and give the Automa more "beefy" choices.

The Automa doesn't play like a regular player (i.e. no player board), so the actions are simulations only, and it has a few different methods of scoring points (i.e. bird card values vs. face-down bird cards worth a set amount of points each, as determined by the chosen difficulty). It's competitive enough that we had a very close game. It does simulate paying against another human quite well.

Their automatas are generally very good. But they are not by Stonemaier. They are by The Automata Factory who have designed AI for other games. Gaia Project for example has a AI they designed.

I wasn't aware they were separate entities. It looks like they've mostly done Stonemaier games, with just a couple of others mixed in. Have you played Gaia Project solo? I like how this solo works, so if they did that one as well, I'd be even more interested in it.

I wasn't aware of that either, sounds like a possible angle I could consider for an interview :)
1
[-]

I am curious as to the exact nature of the relationship between the two entities. They do work very closely together, that is for sure.

I haven't. But I've heard it's very good.

Yes they are working mostly on Stonemaier games, but I do see their names on other games as well.

I saw they did one for Patchwork, which I'm definitely going to have to look into. Maybe with some practice I can finally beat my wife at that game haha

I'll have to check up on that. Gaia Project looks great, and if the solo is likewise great, that could be a solid winner.