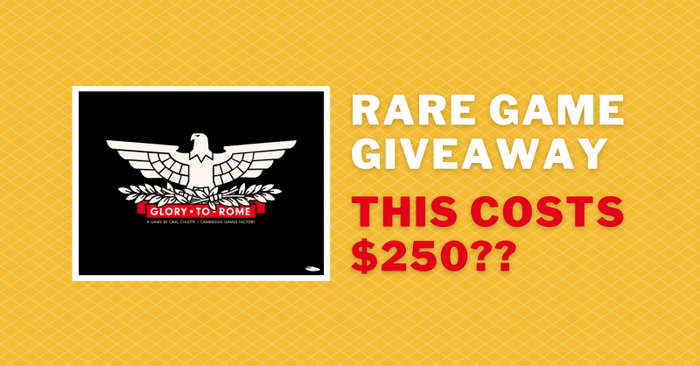 Throughout November and December, @trentellingsen and I have been working on combining Board Game Prices and Board Game Atlas under one roof. It was a bit of an emotional rollercoaster ride, but we're almost there!

I'm glad I secured a copy when I did. I checked BGG's market today and saw that there weren't any copies left for the Black Box English edition. Looks like some gamers out there are splurging for the holidays!

You will get +1 entry every time you complete any of these actions to contribute to our community:
Each contribution is 1 additional entry. Your entries will max out at 500. Please bear in mind that if we see a pattern of low effort contributions, then those entries could potentially be removed.
Have fun with the giveaway and interacting with everyone here! Depending on how this goes, I'll likely host the giveaway for #Battlestar Galactica: The Board Game on the forum as well.
Lastly, I have several questions! Feel free to answer any of them.

1. I am very interested. We played Innovation and were amazed at how much game there was in a simple deck of cards. But we would not buy it for $250

2. Clank! We can play it with our kids and it is always entertaining

3. The Road to El Dorado. It is a basic deck builder that works perfectly

4. Agricola, Through the Ages, Railways of the World, Roll Player and Middle Earth Quest.

Did you mention Innovation due to the similar nature of that and GtR?

Don't know :-( We haven't had the chance to play Glory to Rome. But at least there are some similarities like multiuse cards and I've read some players say that Glory to Rome can also be chaotic.

From what I have read that sounds like valid criticism! Innovation seems really clean!

For a cleaner, smaller, cheaper Glory to Rome experience, #Mottainai is perhaps closer than Innovation.

Thanks for the rec! I'll for sure look into it.

@indigopotter have you played #Glory To Rome?

It can be a big, swingy, rollercoaster of craziness.

In a good way? Or in a frustrating way?

Generally enjoyable, depending on your tastes and table space. Innovation was swingy in a less-good way for us.

Interesting. How long does GtR play? I have more tolerance for swingy play if it doesn't last toooo long

I would say 40 to 45 minutes with 2p that know the game. Last time we taught it to someone, I remember it being maybe an hour and fifteen minutes-ish? One side or the other of an hour.

That's not too bad. I think I could live with that!

1.  I have a clamshell version of #GloryToRome and my interest in the black box version is very high (having played it) but my budget doesn't allow for a $250 drop on #GloryToRome or a single game (that I personally would play more often if fellow gamers agreed) especially when I have a version already.

2. We played Settlers of Catan, and the reason I select this is because my whole family (some non-gamers) agreed and were eager to play.

3.Scooby Doo Escape From Haunted Mansion it makes sense the paper components given it's lack of repeated play (resuable by others). It was a very clever and fun game. Family also enjoyed this.

A. Dune (Avalon Hill Frank Herbert's Dune) (rereleased by Gale Force Nine. Classic and the movie is set to release in 2021

B. Settlers of Catan because the family will all play agreeably.

D. Arkham Horror LCG because it's a solid game and you can play solo.

E. Call of Cthulhu RPG because it can be played easily over Discord and is such a good game. Love the Cthulhu Mythos.

Also enjoyed Scooby Doo Escape From Haunted Mansion! I love Scooby Doo themed anything so it was an easy purchase to get the boardgame! Played it with the family numerous times!

Great top 5! I have the core set for Arkham Horror but didn't realize it was basically just the tutorial for the game and now I can't decide if I should invest more in it or give up on it

If you really enjoyed the base set, then you'll continue to enjoy the other possible paths. There are lots of new and special features. Recently they have also come out with different investigators. I am no Expert at Arkham Horror LCG,  but it is replayable and there are a lot of 'expansions' that allow for continued story, deck development, or variety of Investigators. most of the expansions are around the $23 range and the smaller expansions can be found for around $14. All prices are give or take a few dollars depending on where you buy and when.

Well to be honest I haven't even started playing it. I don't necessarily want to invest all that time to learning the game just to need to buy more and more.

I almost threw #Bus in at number 5 as well, such a great game.

How have you enjoyed the original clipart GtR?

At it's best, it's dynamic and clever and enjoyable.  It also stagnates from time to time: the pool empties, and folk (yeah; probably local groupthink) are afraid to do anything terribly significant because it gives too much of a subjective advantage to the next player.

I've played ~30 times.  I'd guess five or six of those have been spectacular; a similar number relatively poor; the remainder good to solidly good.

I've logged 51 plays of #Glory To Rome, most recently with Adley (a rarity to play with more than 2p). I could see it being a lot of fun to have 3 evenly matched players who played it about once a month, and felt comfortable enough to see how they could stretch it in different directions.

I can see this game rewarding multiple plays. Similar to #Race for the Galaxy in that sense.

Huh interesting. I do not think I realized how much interaction the game has and how other players moves could assist others. I am of the mind that you gotta take a chance here and there!

Taking a chance is one thing - but there's quite a bit of lookahead possible.  Setting the next player up for a big score is rarely a good plan :)

Lolol I do not disagree with your statement. I guess I'm not familiar enough with the game to speak to viable strategies!