5 Games for Your Halloween-Themed Game Night

Halloween parties, trick-or-treating, haunted houses…this is Halloween! And while things may be a bit different this year thanks to the coronavirus making normal life difficult, there’s always time for board games. Sure, haunted houses may be deserted and Halloween parties will be just you and your kids, but you can still get in the spooky spirit with some good ol’ Halloween-themed games. Ready for some thematic recommendations (in no particular order)? Here we go!

FunkoVerse: The Nightmare Before Christmas 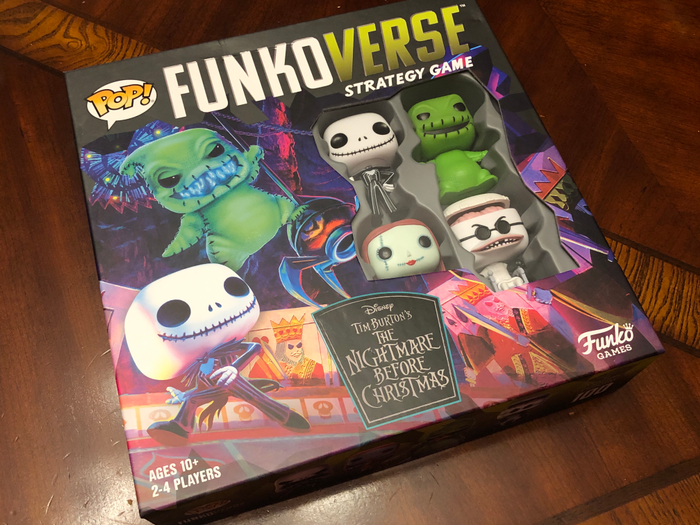 The game itself is fitting, as you control characters from the movie—Jack Skellington, Sally, Oogie Boogie, and Dr. Finkelstein—on a double-sided board containing maps of locations from the movie. The gameplay itself is great for families, as it’s easy to learn and shines as a lighter-fare game. With game modes that encourage 1 vs. 1 (or teams of 2 vs. 2) and 4-player free-for-all, there’s bound to be something here to sate your family’s Halloween needs.

Betrayal at House on the Hill 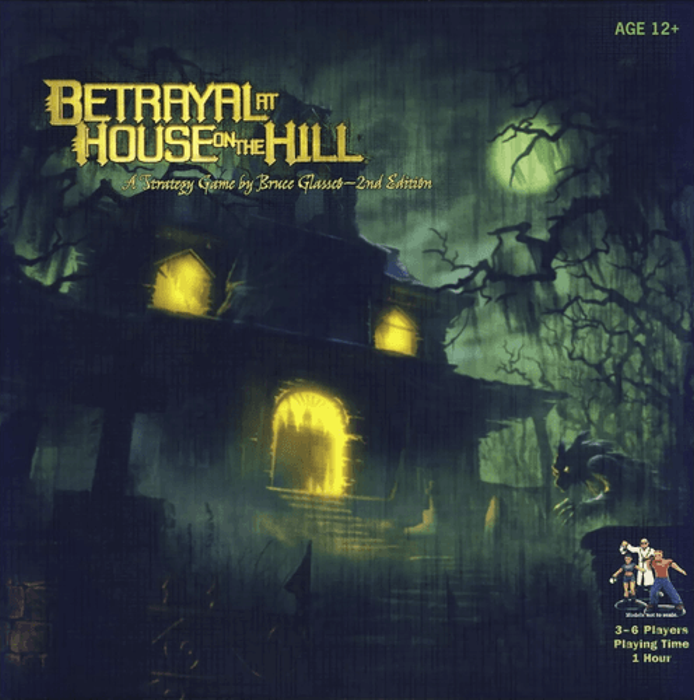 Here’s your haunted house experience. The game starts off with you and your homies exploring an apparently abandoned house. Well, depending on how things have been going for your characters, a certain scenario will trigger and one of you becomes a traitor to the team. *gasp!*

The game is driven by a narrative and RPG elements. Once the scenario is triggered, you all have your objectives and goals to accomplish. Marry a ghost (or try desperately to avoid that fate), escape the house that has been picked up by a giant bird(!), or some other creepy scenario in which someone’s out to get you and you have to survive. #Betrayal at House on the Hill is perhaps one of the most thematic games out there, and it’s a great one for getting in the Halloween spirit. 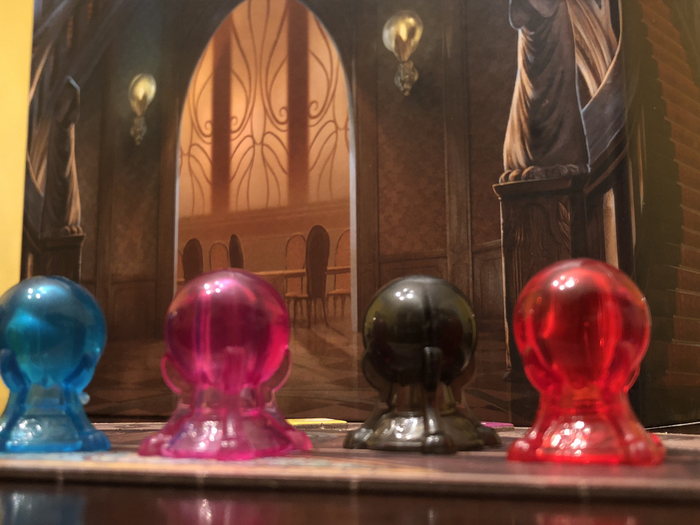 You’re dead. (Well, darn.) But your killer is still out there. In #Mysterium, one player plays as the ghost—unable to speak—and must send pictures to the thoughts of the other players to act as clues. It’s Clue meets Dixit (which is an overly simplified description) as players try to decipher the ghost’s visual clues.

The artwork is very much abstract, which certainly adds to the theme and feel of the game. Mysterium is a cooperative game, so if you don’t want to betray anyone (or be betrayed yourself), this would be a good one for your family or game group. 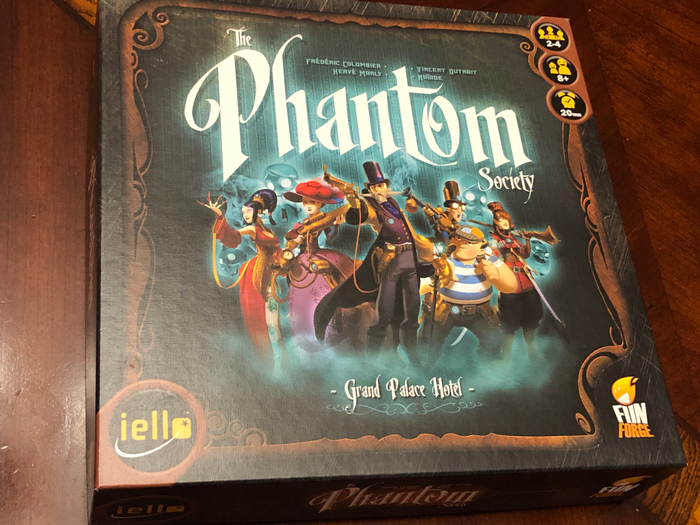 A great game for kids and engaging and fun for adults as well, #The Phantom Society has a Ghostbusters vibe to it. There are two sides: the ghosts and the ghost “busters” (so to speak). The ghosts destroy rooms and the busters try and stop them. The ghosts must meet a certain damage threshold (£45,000 in damages), and that’s caused by both the ghosts and the hunters as they destroy room after room in search of the specters. It’s a good game of think-before-you-destroy for both parties, and a worthy addition to a Halloween-themed game night. 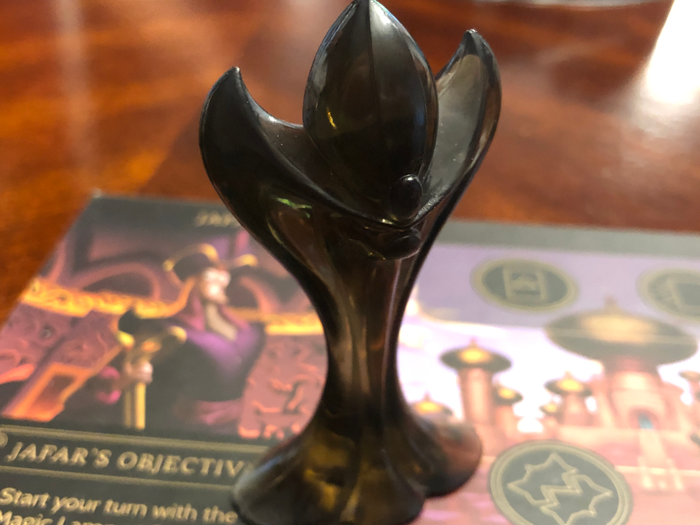 While this one may not be the first game you think of when it comes to Halloween games, #Disney Villainous is, nonetheless, a worthy choice. After all, Halloween is all about scary monsters, and what could be scarier than some of Disney’s famous villains?

Players control one villain and must meet their unique requirements to win the game. It’s a game of hand management and betrayal (there’s that word again) as you hinder your opponents’ progression and try and further your own. The cauldron of tokens is pretty thematic, too.

There are a lot of other games suitable for this list! What are some of your favorite games to play around Halloween?

#Mall Of Horror is by far my favorite Halloween themed game.

Are those zombie minis?

That's a lot of painting

Never heard of that one, but it certainly looks the part! haha

Mysterium is my top, but #Monsters on Board is gonna be a hit next year (I still have a prototype :)), and a sleeper one for me is #Triora: City of Witches

I've seen some stuff about Monsters on Board and it looks cool. Haven't heard of Tiora though; I'll have to check it out!

Triora is a euro game, its is very very solid.  Not brilliant but has a lovely witchy theme

Sometimes games can be too brilliant haha

#Betrayal at the House on the Hill is definitely my favorite here, especially at this time of the year! My friends and I set up the spooky playlists, turn the lights a little lower, and really get into the stories that unfold in each game. Every round is so different and it's really the best when you all build a whole story around the events that happen. Highly recommended to anyone!

A sountrack would really heighten the thematics! haha Next time I play I think I'll suggest we do that. :)

It happens sometimes! And I'm sure there are plenty you enjoy that I know nothing about.

I doubt it... You probably have heard of most haha

I thought that one was obvious! haha

#Disney Villainous is a favourite for us! Have all but one expansion and surely will be interested in the other one they have planned. Yet to try #Betrayal at House on the Hill being new to hobby, but I'm sure we'll get to soon. We just got #Disney Hocus Pocus: The Game which should be fun and quite fitting for the season!

Villainous is a good one. My brother-in-law and his fiance have it and all of the expansions, including the Marvel version. I have yet to play that one, though.

My friend introduced me to both Betrayal and Villianous and though I enjoyed both, I think I prefer Villianous. Especially with the add ons/expansions there are so many different characters and combinations to try. As @theDL pointed out #Horrified came to mind when I read the title of the post. I've never played but it's halloween themed for sure. I'd also suggest any Werewolf game, #Welcome To...: Halloween Thematic Neighborhood, and pretty much any game with zombies lol

Nice list! Of these I've played Villainous, Betrayal, and Funkoverse (but not the Nightmare Before Christmas version), and Villainous was my favorite.

Another game that could fit right into this list is #Horrified. Classic Universal monsters make for a great Halloween setting!

Yeah it's a good one, and you can bring it out with pretty much anyone, so that's nice.