updated 6 days ago | posted 7 days ago

Here are the top 10 most popular game pages of last week!

Shut Up & Sit Down recently reviewed this with the title "The Best Eurogame Ever?"

Fulfillment of the Kickstarter began and reviewers are starting to make content around the game. Lots of praises so far and Ryan Laukat's story driven games are carving out a genre of its own

Not anything new. There should be a spike in traffic tomorrow when #Root: The Marauder Expansion goes live

Still going strong and still very hard to find at a reasonable price. Probably the most beautifully produced game on this list next to Wingspan.

Fulfillment of the Kickstarter began in January and the wheels in the content creator house are starting to turn - Dice Tower and Rahdo reviewed the game and Jamey Stegmaier featured it in his usual format of highlighting his favorite mechanism in a game. With how pretty this game looks and its use of transparent cards, it's not hard to imagine why so many people are searching for this.

Nothing new here either!

The popularity of the manga series led to an immensely successful animated series and of course, another Monopoly edition. The 2016 game seems to be trending now because Season 4 of the animation kicked off starting 2021. I fully recommend watching the anime if you don't mind the graphic violence.

Scythe got onto our Deals page because the Amazon price is close to its historical lowest price. Saw a modest growth in traffic as a result.

Which of these games interest you the most? Also, do you think that Root, Wingspan, or Everdell will eventually fall off from the Top 10 in the next 1-2 years?

#Root, but don't have anyone to play it with (either family or game night group).  That might change later in the year if I'm successful in getting more people over for game nights.

#Lost Ruins of Arnak is on my wishlist at Game Nerdz to use my BGA gift card win on.  It looks really good and something I might really enjoy.

#Everdell is also on my wishlist at GN, but it's been out of stock since I won by gift card back in November.

#Wingspan bought this for Christmas, and although my wife and I have only had time to pull it out once, we really like it.

So not Monopoly-we received a French version from our first exchange student and his family two years ago and we haven't played it yet.  My Star Wars trilogy version my mom gave me more than 20 years ago has probably only been played twice.

And finally, #Scythe which just arrived two weeks ago when Amazon had it pennies under $60.  It's currently hidden in the closet until I can find a good excuse to pull it out without admitting to my wife that I spent $60 on a board game.  (It was also on my GN wishlist but out of stock since mid-November.)

Has Scythe been your most expensive purchase so far? lol

Those are some awesome lineup of games. All beautifully produced games too actually haha. I'm looking forward to hearing someone in the forum reporting back about Lost Ruins of Arnak

Yeah, Scythe holds the 'most expensive game in my collection' title.  Last year I picked up Terraforming Mars for $42 and Wingspan for $50. Those three have the highest MSRP in my collection, and at the time I bought TM last summer, it was the most I'd paid for a game.  I have a few others with an MSRP of $45-55, but always bought those on sale.

It's not like February 23rd is burned in my brain or that I have hopes of being one of the first backers (for no reason, and a hope that I know won't come to fruition). 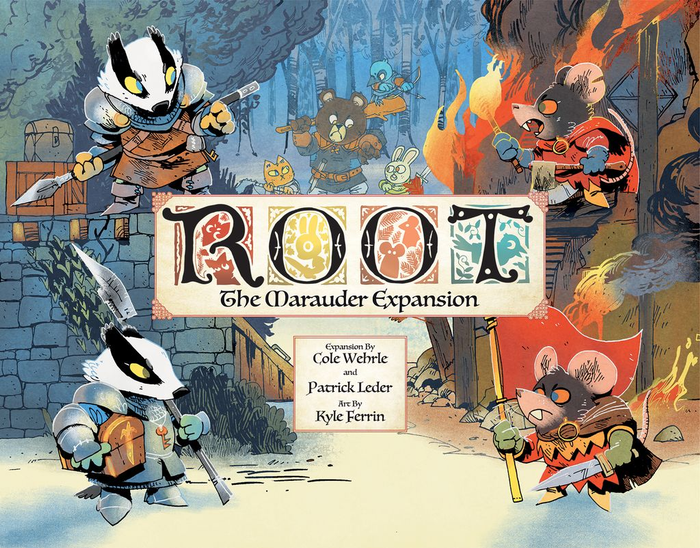 @theDL Have you thought about getting this before?

We've played it about three times this year and I played a couple of solo games.  The randomly drawn VP cards make for an interesting game each time.  Becky has creamed me each time as well :(

Didn't realize it plays solo too, although I suppose it's a given for any games these days. I need to read over your first impressions from a while back!

There are TWO solo modes!

#Canvas? I heard buzz about it but only really learned what the game was after watching Tom Vasel's review. It's now on my wishlist, but of course it's impossible to get at the moment, haha. It looks like a great family game with some neat mechanisms!

Nice! I thought it looked like you and your wife might enjoy it. And... it would look great on your shelf lol. I've thought about checking it out to see if it'll be worth getting for my family too.

Yeah it looks like a nice quick game that we could play if we're not feeling like playing something more involved, or especially if we've got some non-gamers with us and just want to play something light.