Ya'll I'm sorry, it's been too long.  I've almost been busier teaching at home.  I want to try to get more active again.

As anyone who has seen my forum posts before knows I like to get off subject (just a tad) it's usually still Geek related.  During Stay At Home I have rekindled my love for playing video games so I thought I would ask, what is everyone's favorite all time Video Game, and why?  Is there a board game equivalent?  If not would you like to see one?  What about your console of choice?  I'll post my answers in the comments.

I remember the day we got our NES, and it's been Nintendo for me ever since. I still enjoy games on other platforms, but I've always fallen for the Zelda games and the Smash Bros. games (starting with N64). Making a Smash Bros. board game would be amazing...but very difficult due to the nature of the fighting style (damage goes up rather than down). Still, I'm sure there's a way to make it work.

Interestingly enough, a few weeks ago I started designing a sandbox/open world type game that feels like Legend of Zelda. I'm going for big experience on this, so there's a lot, but I'm trying to make it scale well also. It's what I want to see in a Zelda game, so I'm making it. However, it's not "Zelda" themed; rather, I' making it a part of another world I'm creating. But, players will certainly be able to feel the Zelda-inspired nature of it, despite the many differences.

Will there be any pot throwing or cutting grass?

I have to do lawn work today.  I wish Link would come by.  I'll just lock the doors so he can focus on mowing my lawn, haha.

Nice, I started on NES, Santa brought it for Christmas and set it up for me.  It was awesome.

I think overall, because of ease of play and that I have a young family that Nintendo is going to be the main console in our house (once I can get one).  But I'll always have a special place for PS Final Fantasy games.

Have you ever played #Tiny Epic Quest?  That looks a lot like Zelda to me so it's always in the back of my mind.

I've played TE Quest. I loved it. Now, I just really like it  :)  It's best with more players, but it's still a lot of fun. Definitely gives off the Zelda vibe. I was talking to one of the Gamelyn guys at a convention just before Quest came out, and they said--without actually saying it--that Quest was heavily influenced by Zelda haha

That's awesome.  Did you happen to talk to them about Tactics and if it was influenced by Final Fantasy Tactics?

I didn't, probably because I'm not as familiar with FFT. I wouldn't be surprised at all if that's where it came from though.

I think you should familiarize yourself with FFT.

I thought everyone following this post would enjoy this. 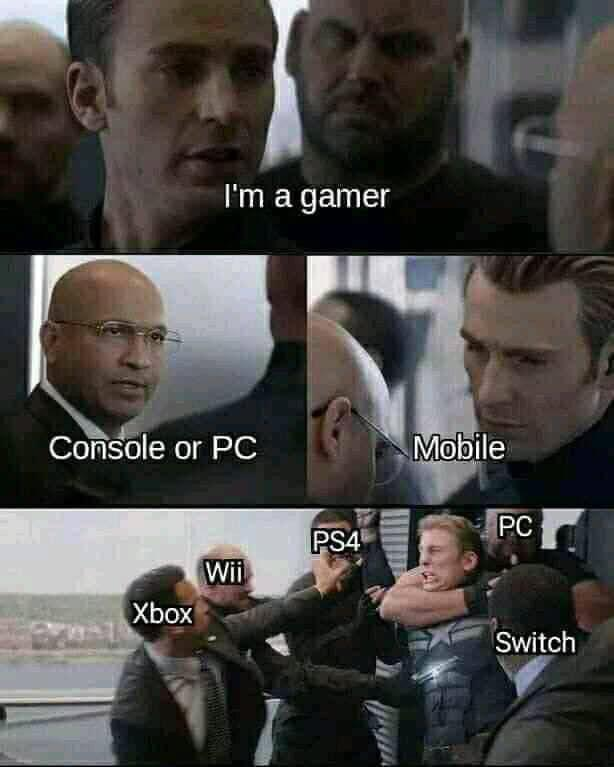 Lol, I have seen this before and it cracks me up!...because it's true...

I know, I literally laughed out loud after I saw it the first time.  So true.

Lol. This image is used on some of my favorite memes.

I have owned a Gamecube, Wii, PS3, and PS4. I am also a joint owner of a Switch which is currently in my house, but that's used almost exclusively for Smash Bros, lol. I've never been much of a PC gamer save for a couple of games when I was a kid.

The Rogue Squadron games have always been a favorite of mine. I also have Battle for Naboo, which is...similar, but pretty different. Lots of fun still. I'm missing my Rogue Squadron II -- how, I do not know -- but I still have N64 and RS3. And, yes, the missions on foot were not too great haha They tried, bless them, but they tried...

It's good, but Rogue Squadron is far superior.

I too loved BFME. Great games.

I have no sense of how well received they were at the time because I was a kid, but I loved em.

Whenever a new mario kart came out, my older brother and I would sit for hours to beat all of the tournaments against the AI to get trophies for all difficulty levels. Man those days were fun.

Edit: I personally had the most fun with Double Dash from the Mario Kart lineup

You know, I don't think I've ever played Double Dash, so Mario Kart 64 gets the win for me.

Same! Double Dash was my favorite! The other modes were awesome. My sister, cousins, and I played Bobomb Blast for hours on end.

I think our go-to was the balloon one hahaha. The Bob-Omb one is so crazy and chaotic xD
1
[-]

Haha it's so fun. I like the Balloon Battle too. Shine Thief is fun too, though probably my least favorite of the three.

Mario Kart is the Best! I still play double dash with my daughters today!

I still have my GameCube games that I haven't gotten out for more than ten years. If my older brother had lived closer I'm sure it would still come out. I always think about selling them but also wonder if my son would like playing them with me. Or it's more like wanting to "pass the torch" 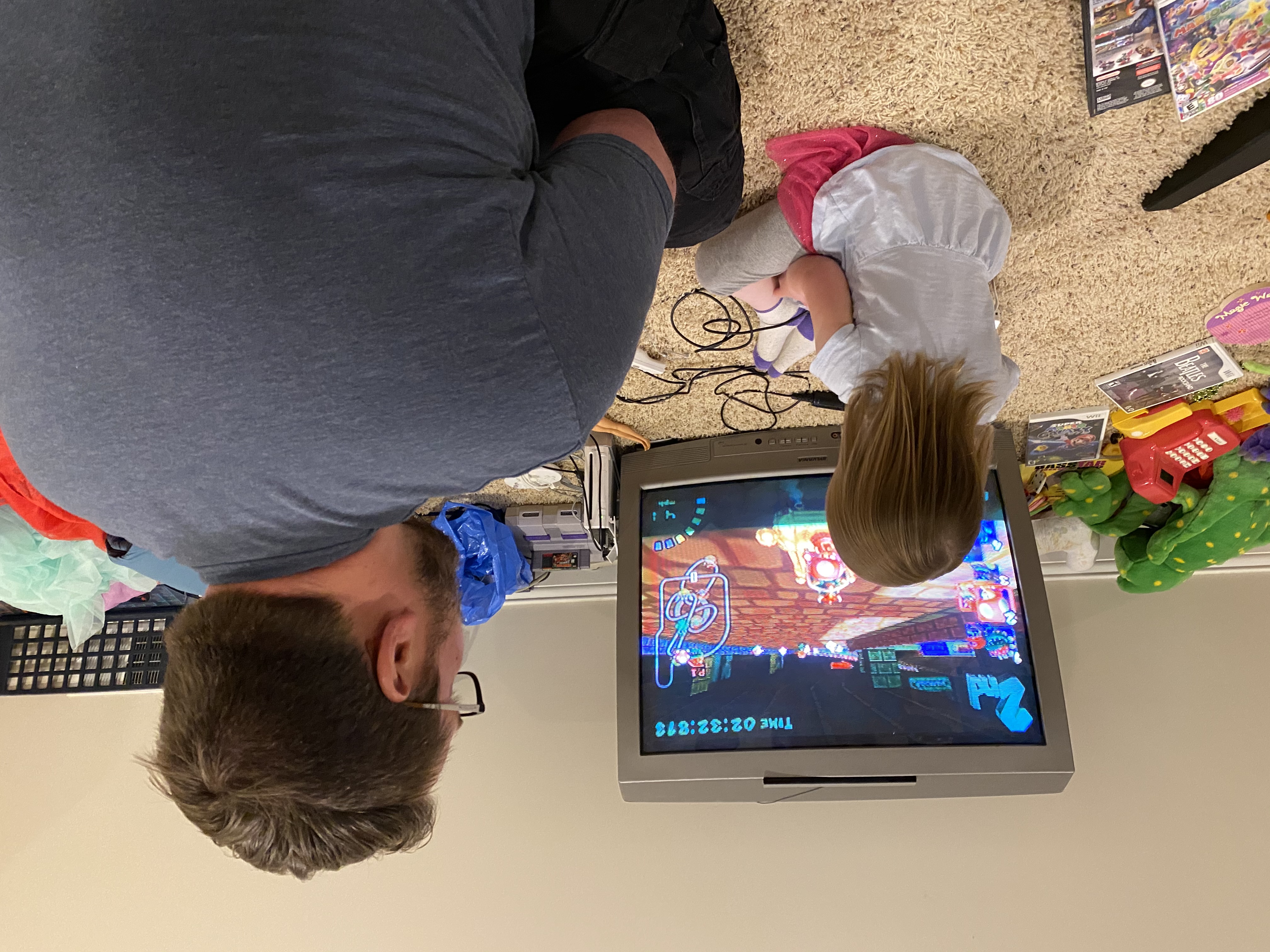 Here I am with my 3 year old! Just the other day.

Definitely keep them. You probably wouldn’t get much for them anyway and the memories of playing together will be so worth it.

HZD Was excellent! One of the few games I have been able to Platinum on PS4!