The Spiel des Jahres 2021 winner will be announced in just a few days, July 19th! Vote now on who you from the three nominees you think will take home the award.

This is the most prestigious "best board game of the year" award and is given out in Germany during Essen Spiel each year (*usually). This year they are doing it a little differently given COVID, with more live online announcements, spaced apart, instead of all in one show.

The award was first given out in 1979 (that's right, 43 winners so far) and it is still going strong. Check out the full list of past winners here.

Check out the games pages for more info -

#The Adventures of Robin Hood

Players take on the role of Robin Hood and his companions in an open world. The board evolves over time with the movement of the characters is handled via an innovative mechanism that uses different wooden pieces. Various actions and secrets will be revealed along the way. The game board “remembers” what players have already explored or found, and thanks to the special materials, the entire game can be set up and dismantled quickly.

Players are detectives. Crimes have taken place all over the city, and you want to figure out exactly what’s happened, so you’ll need to look closely at the giant city map (75 x 110 cm) to find all the hidden information and trace the trails of those who had it in for their foes. With different cases included, each one includes a number of cards that ask you to find something on the map or uncover where someone has gone or otherwise reveal information relevant to a case.

This is the sequel to Zombie Kidz Evolution, a standalone game with a different set of rules. By accomplishing special Missions, players unlock additional content that will provide a richer experience, while constantly renewing the enjoyment of the game. The icing on the cake: the two games are compatible, you will be able to play Zombie Kidz with your Zombie Teenz, and vice versa.

The announcement of the nominees was originally made on May 17, 2021. See the full post with all those original details here.

Head on over to the Spiel des Jahres site for all their official word and news. 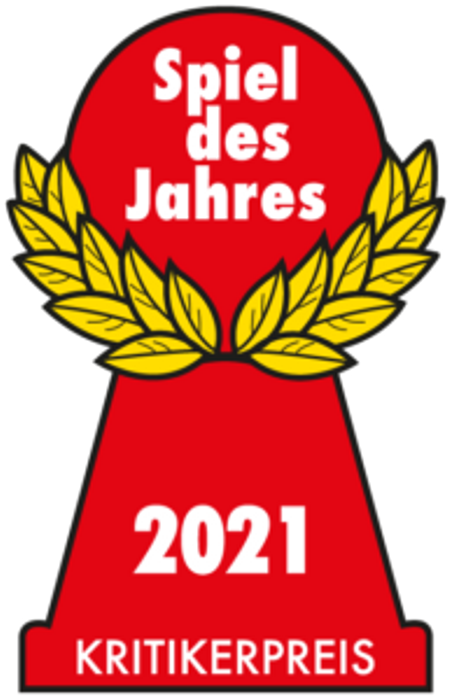 Tough choice for me since I have played exactly 0 of these. I will add that my kids and I really enjoyed #Zombie Kidz Evolution so if that follow up is in the same league I am sold.

I'd like to see #The Adventures of Robin Hood win so I voted for it, but I won't be at all surprised if #MicroMacro: Crime City actually wins.

I tried to watch a playthrough for Robin Hood and got so bored about 10 minutes in LOL. What do you like about it?

I haven't watched a play through of it, but the few things I've read about it- secrets, exploration- seem intriquing.

That part definitely seemed the most fun

Having not been familiar with #Zombie Teenz Evolution or #The Adventures of Robin Hood, I just watched part of the BGG GameNight! playthroughs they posted. I wouldn't be surprised to see #MicroMacro: Crime City win, but I could honestly see myself picking up and enjoying ZTE. That's getting my vote.

I haven't heard much about The Adventures of Robin Hood, Zombie Teenz is a follow up, and MicroMacro: Crime City is amazing (my choice)!

Spiel Des Jahres (Board Game Of The Year) Award

Posts related to the most prestigious board game of the year award handed out at Spiel in Essen Germany since 1979.