updated 17 minutes ago | posted 4 days ago

(1/11/2021) This is an automated weekly post to talk about the games you played last week.

I'm still waiting on my copy of #Dune: Imperium to be delivered from Fed Ex Limbo, so we played a 4p game of it on TTS. I'm biased toward most deck builders already, but wow, I really enjoyed my first play.

Also, got in some plays of #Carpe Diem the new edition from Ravensburger. Classic, clean artwork and graphic design. Much lighter in depth than Trajan or Forum Trajanum, right in my wheelhouse. My wife's verdict this weekend? Thumbs up, wants to keep playing it.

Dune Imperium is looking better and better to me.  I'm always loathe to play something on TTS if no one in our group owns it but since I can't buy it for a reasonable price right now we might just have to give it a shot anyway!

Same here, I like playing games on TTS that I own and I have the rules right next to me! But, some of the TTS builds are publisher supported -- like the Restoration Games official one of UnMatched. That's an easy sell!  Plus, I've bought games that I've played online later so its great marketing (Lost Ruins of Arnak most recently.)

Oh for sure!  Official mods aren't an issue at all.

Nice! I've played D:I only once at multiplayer, but I can't wait to play it again.

Got in a good number of games this weekend, and it was a it unusual in that I played TWO solo games!

Wow, 2 thank yous in one post?! Haha so glad you like the game! The pics you posted of it make it look way cooler than I even thought. Here's hoping your wife gets hooked too!

Haha, yeah I figured why not. I want to talk about the solo and 2 player games separately anyway. And yeah, I hope she at least enjoys it! Good news, my friend who I played with actually bought his own starter team because his team wasn't represented in the four that come in the box. That's a good sign that I'll be able to get it played plenty with him, at least!

Wait you can do that?!? Man that's so cool! I'll have to grab it for myself someday

Sorta. The starter teams are just named after cities, not actual teams. The ones that came in the box are Boston, New York, Los Angeles, and San Franciso. He wanted Milwaukee, even though the different starter teams are virtually identical, haha. I think they make a bunch of them so you can have tournaments and not end up using the same starter teams, just for clarity's sake.

Hey so glad you enjoyed #Baseball Highlights: 2045! Such a great 2p game and even better when you play tourney format with more people (someday)

That sounds like so much fun! Do you usually set those up with your group, or do you do those at conventions or something like that?

We always *promised* to do one at our game nights or on a weekend, but never did. But The Dukes of  Dice podcast ran one every year at Dice Tower Con from 2017-2019. It was a blast! The last year, we had 35 participants!  Recap of the Baseball Highlights 2045 world championship (tongue in cheek, of course) 2019

Once our game days start going again, I want to organize a small tourney. With the expansions, I can probably easily run an 8 team tourney.

That sounds great! I've never been to a convention, but I want to try once they start happening again, so I'll keep an eye out for tournaments! I'm not sure how many of my friends I can actually get into this game, but it would be cool to do even just a 4 team tournament some weekend.

that is a TON of games!!

I'm not sad that I traded#Baseball Highlights: 2045 away. I'm just not that into the theme. I'm glad you enjoy the game though.

Totally get it. I think the gameplay is good enough that you don't need to appreciate baseball, but if you don't, then obviously you'll be less keen to play the game. Glad you could trade it for something you wanted more!

Lol. Didn't even know that was an option.

Here are a few pictures from this week. Not amazing shots or anything, but here you go: 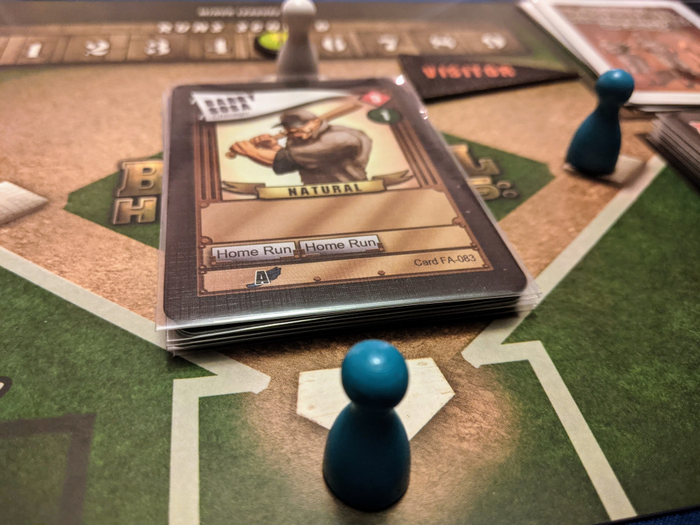 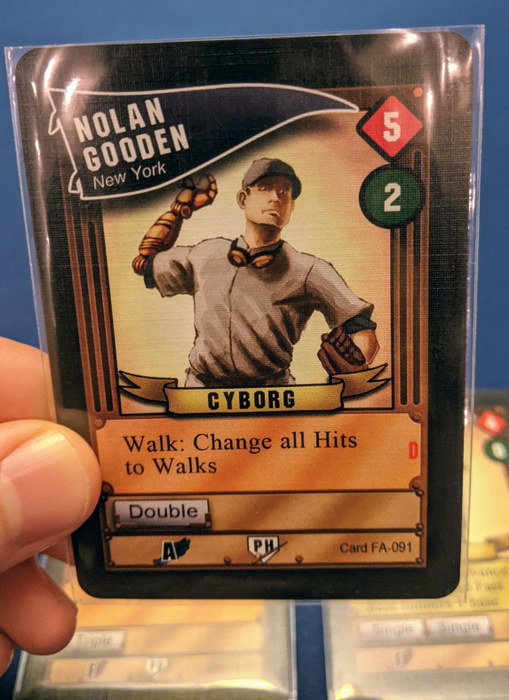 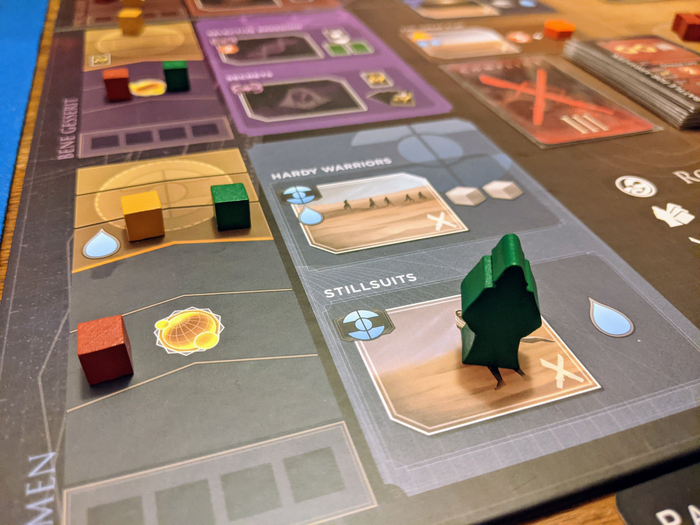 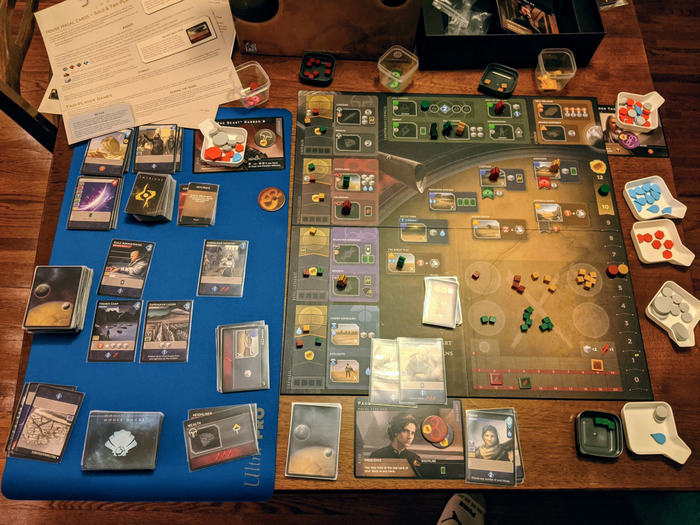 I finally had a chance to get my Christmas copy of #Wingspan (the one I bought on sale back in September from GameNerdz for either my wife or me-it ended up being for me and she got #Point Salad and #Tenzi instead) to the table. Yeah!

I solo played two players so I could get a feel of the game.  The instructions are fairly straight forward but the swift start pack sure makes it easy to get started with the game!

I sure enjoyed it and can't wait to get it to the table again.  My wife was impressed by how beautiful it looks, so she might be joining me in a game.

Awesome! It's a very fun game, and it is indeed beautiful!

Had a nice week of new games to hit the table!

Kinda bummed to read your impressions on #Jixia Academy as #Hanamikoji, the game Jixia is a reskin of, is one of my favorite games. The "I Cut, You Choose" mechanic is so interesting to me and the game packs a lot of decision space into what can often amount to a mere 5-minute game.

Each to their own I guess.

For sure, I did not hate it at all, I think I just have other games I would prefer to play in that time space. Something like Star Realms is a more interesting decision space for me thought it might take slightly more time.

Ah man, I want to try Crokinole some day. I'm sure I would get really into it, haha

It truly is a blast. I immediately started looking into how to get or build a board after I played lol.

#Scythe got in a play of Desolation from #Scythe: The Rise of Fenris very interesting, won't say anything else to avoid spoilers :-)

#The Reckoners with 4 players. We are working our way up the difficulty track. Haven't lost so far, but it always seems close. Such a fun dice chucker co-op. Looking forward to when my brother in law gets the expansion to spice things up more, but we've still got play in the base game.

#On Mars started a solo game of this. I've never played a Lacerda game before, but this game has so far entranced my imagination! The movement of the ship as the means of switching between orbital space station and the planet itself make sfor some very insteresting decisions. There are definitely TONS of options of what to do. While playing this solo, I've been thinking it would be more fun with more people. The positive player interaciton with being able to use other people's advanced technology is awesome. So far, really enjoying, but need to get this solo play finished and then will probably full boar to a 4 player game.

EDIT: Whoops, forgot #Gloomhaven scenario on Vassal with brothers in law. Can't wait to get playing this game in person again!

I think the Rise of Fenris is one of the best expansions ever.  On Mars is on our list to play soon with the group on TTS. (one of the players in my group owns it)  Very interested to see how it compares to his other games!