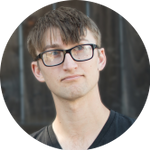 We've created a unique set of data on Board Game Atlas and it gives us the chance to look at board game publishers in a new way. This is the top 10 board gam......

My top 10, in terms of my own ratings are, in no particular order

Stonemeier is an interesting one. Their last 2 titles haven't quite had the same impact. Tapestry, after the hype, was revealed to have big flaws in it and needed serious patching. It's debatable if those patches fixed anything of substance. And pendulum has fallen flat.

Still, Scythe, Wingspan and Viticulture do gangbuster numbers. But SM is currently feeling like a big rock band that's put out some pretty average records lately.

GMT is one that has a lot of well loved titles, but they are niche compared to most on this list. That they are not on here tells me their fanbase isn't on the site much more than anything else ;)

Attribute Paladins etc to Garphill. Renegade just put out the North American print. They don't have any say in how the game is made at all. Think of them like you would a company that does the French or German version of a game.

Of course FFG is the winner. Obvious choice.

oooo a top ten list where you get to trash companies!  im in

One thing to note here is that our ranking system still needs work!

Publishers are only credited with a game's rating if they're the main publisher of that game, which is determined by looking at whether they're the first publisher listed on the game page. And this isn't always reflected correctly on the game pages. There's still a lot of cleanup to do in the batabase.

And besides this, we're just lacking data. For example, #Clank! Legacy: Acquisitions Incorporated has a score of 89 but isn't ranked yet because it doesn't have enough ratings. This would be a nice bump up for Renegade Game Studios' average score. And then there's also the fact that Renegade Game Studios is benefiting from currently being listed as the main publisher of many of the North Sea and West Kingdom titles, which I'd normally associate with Garphill Games. So it's odd that they will benefit from the success of these trilogies when Garphill Games won't. Any thoughts on this?

Hmm, yeah that is interesting. I wonder if Trent could add a way to mark one of the publishers as the primary?

That's already in there :). If you go to the edit page of a game you can scroll down to the publisher sections and click the "make primary" button for the one that should be considered the primary.

You know, I actually did that the other day and I forgot, haha. I'm going to update a couple of Garphill Games!

You mean Asmodee doesn't own everyone yet? Maybe a couple more months....

They'll get there soon enough!

I too was wondering about that Asmodee situation in regards to the rankings. I mean FFG and zman are both owned by Asmodee.

#Gloomhaven: Jaws of the Lion

Oh, @philryuh, I think Isaac can make it. It's only five years, and he has at least 6 rateable products, maybe more. And, he has had five of those since 2017.

Right, I just think it won't be happening for at least another 2-3 years or so since they still need 4 more ranked titles (assuming Forgotten Circles gets ranked) and it doesn't seem like they'll be working on smaller releases. It's pretty amazing because even though half of the games/expansions you mentioned are low in rating, their 3 main titles performed extremely well and pushed up the average. And on that note, I wonder how long they'll continue to push out Gloomhaven related titles.

Might as well keep iterating as long as people keep paying for it. XD

You, and many others.