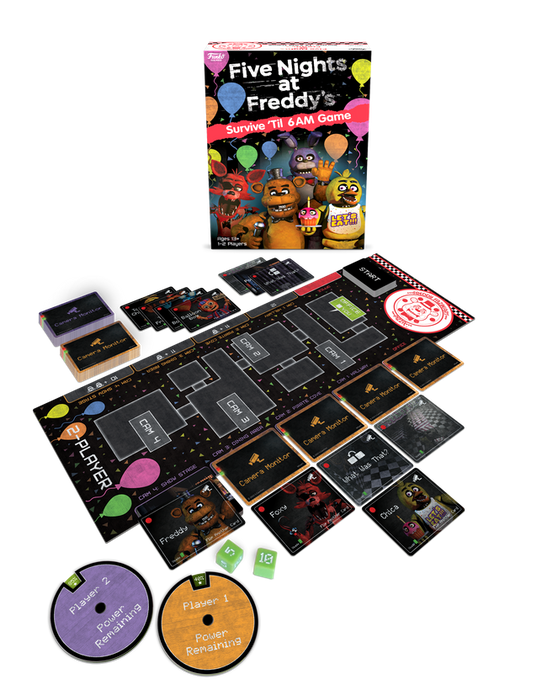 A board game adaptation of Five Nights at Freddy's is coming soon!

Five Nights at Freddy's is an indie video game that was released in 2014. In the original game, you take on the role of a security guard who works at a variant of a Chuck E. Cheese's pizza restaurant. The twist? All of the animatronic characters comes alive during after hours and are homicidal. With limited power supply and tools at your disposal, you will have to manage the risks and choose when to turn off the lights in your security room and hide from the gaze of an approaching animatronic, or turn on the lights and take preventative measures against a breach.

While being a mostly stationary game, where you're stuck in a security room trying to survive until morning, Five Nights at Freddy's effectively delivers on jumps scares and claustrophoic fun (I say fun, but... that will largely depend on the player).

Is this worth a look? 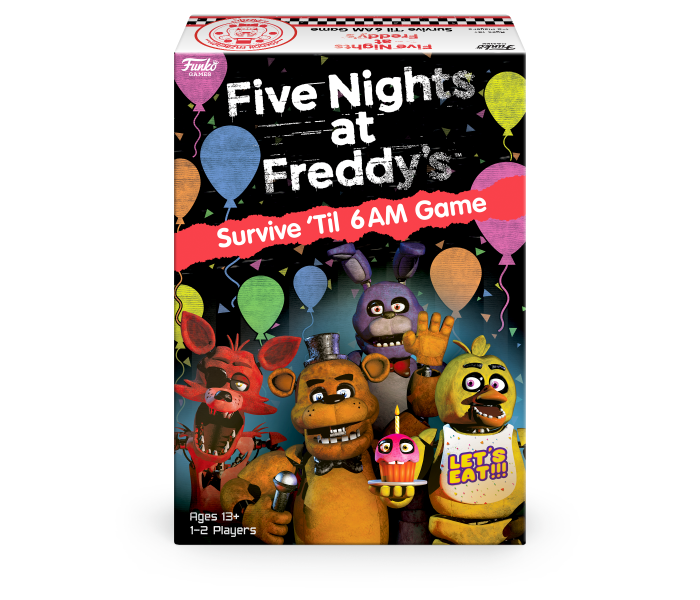 With numerous sequels, prequels, spin-offs, merchandise, horror attractions, and even an upcoming film adaptation, Five Nights at Freddy's is no doubt a major commercial success. That doesn't mean that this board game adaptation will be a good one, but there's hope.

This game is coming from Propsero Hall, a group of designers who have been unmatched in their ability to take a popular intellectual property and create an approachable game with compelling gameplay that delivers on theme. If their success with games such as Villainous, Horrified, Jaws, and Back to the Future: Back in Time means anything to you, then you should definitely check this out and see if the mechanics will deliver on similar feelings as the video game. 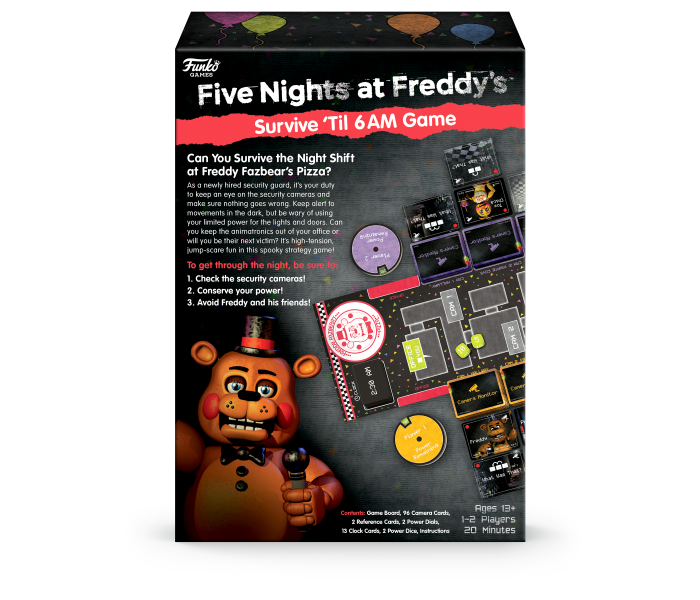 Here's what's in the box:

Solo mode? That's surprising to see but makes a lot of sense actually.

As for the game, this isn't for me. While I like suspense, I actively avoid horror themes. But if you love the IP or have a friend who does, then this might make a fun present!