Expansions that Deepen or Relocate the Game's Theme

I like the idea of expansions that give a breath of fresh air to your favorite games without completely altering the gameplay. For example, there are expansions that mostly relocate the setting and introduce a few new mechanics, or expansions that introduce an entirely new element that expands your game's world.

With this in mind, here are some questions:

Bonus points if you include a picture of your idea :)

It might be an obvious and old one but I like how #Carcassonne and its expansion work. There are so many and thei effects vary so much, it's like cooking a different dish every time. depending on which kids of the family are participating, themese and number of expansion are chosen. While the effects are in the same line, they bring different flavours and the combinations of the two make interesting games.

You know I've yet to play #Carcassonne but I liked their approach with the expansions. My favorite expansion so far is #Tuscany: Essential Edition. #Root is an obvious one with great expansions but too bad I don't have the right group to play with often!

#Root (including -all- expansions) has been on my watchlist for a while now but I bought a house today and I'm afraid my wishlist will be a dead end for a while :/

Awesome, congrats on the purchase. Maybe you can hold off on getting new games and work on a game space for yourself :)

Gamespace will be the living room table I suppose but the house will have better sound isolation, permitting late sessions while my wife sleeps. Win!

I think the#Scythe: The Rise of Fenris expansion did a wonderful job with this. You are still playing Scythe, but now there is so much more theme and context to the game. The world feels more alive and richer. Also the new factions have some really radical abilities that totally change the way that you play the game.

I frequently hear about Rise of Fenris and how good it is but still have no idea about the details haha. Really need to borrow Trent's copy at some point and get in a solo play at least.

The Climate expansion for #Evolution
really does this. It fits so naturally with the original theme of creatures fighting for resources and survival - of course they'd have to deal with the climate as well!

Hmm I'll have to think about what other expansions I'd like to see for games I like. Oceans just came out and isn't crying for one, but there may be an opportunity there.

I would want something like this for #Root. A new big bad that's terrorizing the Woodland and all animals must band together to fight them off. The main gameplay would remain the same but it would be co-op and have a campaign feel to it. Ideal for solo play too :) 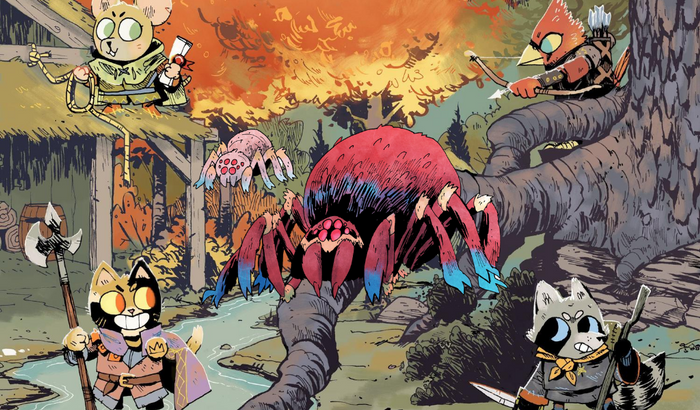 before you know it, you roll into game design (if you haven't alread) and discover that it is a wonderful teammate for your gaming hobby :)

This is an awesome idea! I'm not generally into co-ops myself, but I could see myself getting into that. You could also probably do something similar with #Everdell. It's a pretty peaceful game to begin with, so I think coming up with some common goal for players to work toward could work. Perhaps building the actual festival, or something like that.