This is an automated weekly post to talk about the game recommendations. Describe the type of game you're looking for, a little bit of what you like, or give recommendations to others.

Heavily considering #Raiders of the North Sea but with #Raiders of Scythia on the way out I've held off.

Yeah, from what I’ve seen Scythia is the way to go for sure.

I recommend Pret-a-Porter 3rd Edition.  It is an excellent economic game hidden in a fashion show theme.  Another is Tzolk'in: The Mayan Calendar where forward planning is a must. 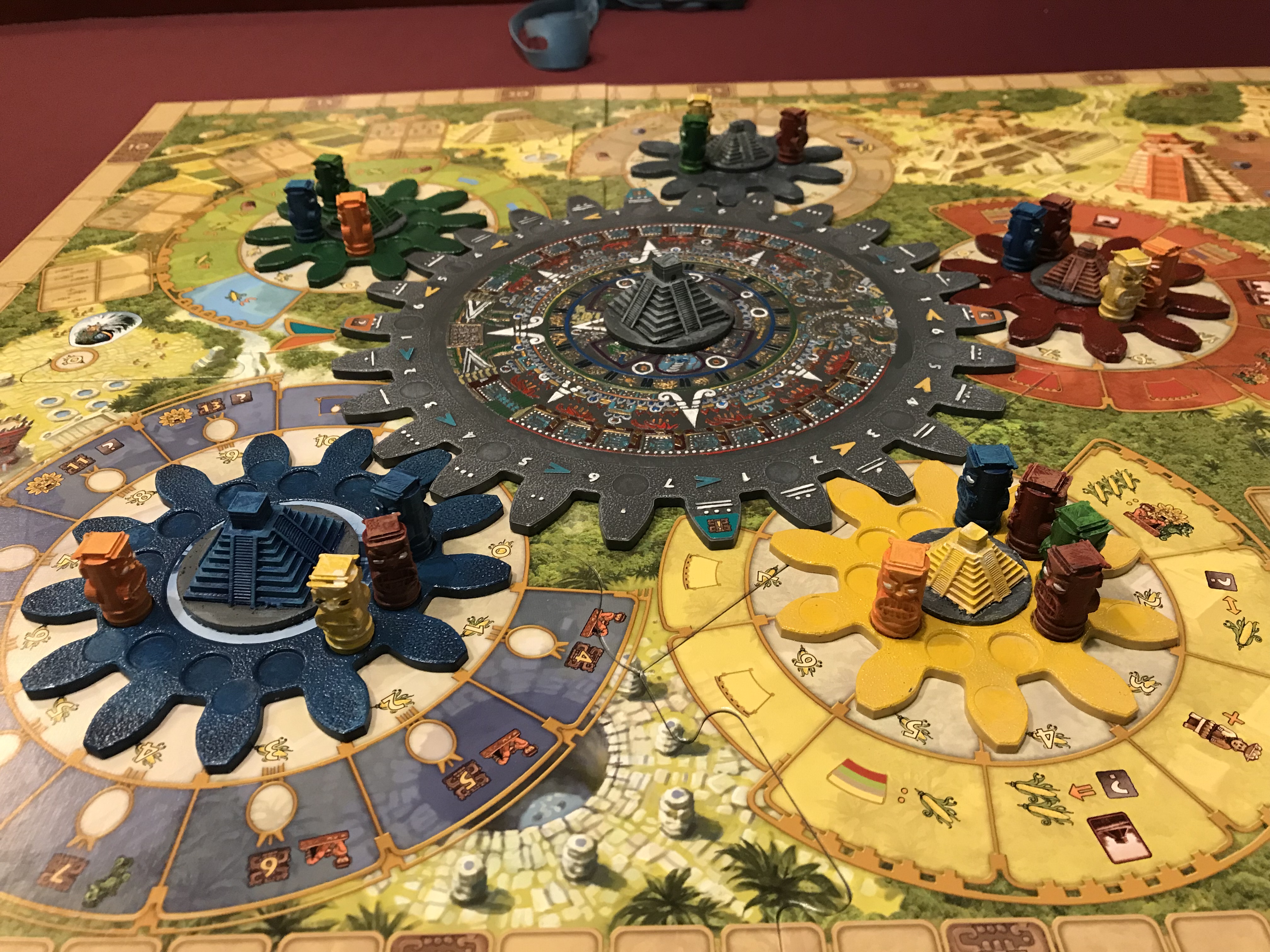 #Tzolk'in: The Mayan Calendar is one of my all time favorite games. It is a very unique worker placement. It is also fun to paint if you like doing that.

Wow your paint job is amazing!

I'd like to recommend a couple of games that fit very small niches that are near and dear to my heart:

Has anyone here played #Gold West?

I have for a while now been hoping to get my hands on a copy of #878: Vikings - Invasions of England but unfortunately it isn't available in the UK at the moment. I was wondering if anyone had any recommendations for similar games: Team based, asymmetric, medium weight?

Have you thought about #1775: Rebellion or #1812: The Invasion of Canada? I believe both of those use the same system as #878: Vikings - Invasions of England. Of course, I don't know about availability in the UK, and, they are USA centered instead of England centered, so the theme may be slightly less appealing.

Unfortunately they are equally unavailable: the theme is not so much an issue (my partner is American so would have great fun with that). It just was the one I had read about most and seemed to have some fun mechanics specific to it. Mostly I just really like the appeal of somewhat more serious team based games as opposed to just party games.

Oof, sorry about that.

I have 1775 and it's really fun, but it's not my favorite game.  I am excited to play it with my daughter when she finishes her American Revolution History unit because there are cool historical facts on the cards and their effects tend to be "historical".

From what I've seen Academy Games has a base they use for their light war games and they add/change mechanics within the series.  I don't know much about 878 but I love the theme.  I'd probably play it if someone else has it, but right now I don't have that scratch I'm hoping to itch.

I think there is a digital version of 1775 that relatively cheap if you ever wanted to try out the mechanics to see if it's right for you.