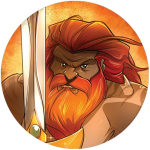 Today we’ll show you 3 tabletop games coming to Kickstarter in the next two weeks. Enjoy!

The original Shovel Knight video game holds a special place in my heart. It’s a love letter to old NES platformers with an insane amount of high quality content. The game was funded through Kickstarter back in 2013 and released on most major platforms. Next week a new Shovel Knight related campaign is about to launch. This time: it’ll be a board game inspired by the adventures of the one and only shovel wielding, metal covered hero.

Tabletop version of Shovel Knight is a competitive dungeon crawler made for up to 4 players. Everyone tries their best at defeating monsters and collecting their treasures. One of the main mechanics taken from the original game is losing half of your money on death. This makes pushing other players onto traps really tempting (regular combat is possible only with monsters).

The board is made of strips of cardboard, that simulate moving forward in a manner similar to side-scrolling games. After traversing the entire dungeon, players will fight a boss. Each villain sports his own deck randomizing the entire battle. Shovel Knight: Dungeon Duels looks brutal and ...