For the past 8 months or so I've been getting into solitaire gaming. I would never have thought I'd take an interest in "war gaming" but since enjoying David Thompson's #Undaunted: Normandy, I was curious about his design history and both #Castle Itter and #Pavlov's House appealed to me as true solo games. As Castle Itter was the only one of the two that was available to purchase, I took the plunge. Here's some first impressions for anyone curious! (I've played three times).

The game depicts the "Battle for Castle Itter", described as 'the strangest battle in WWII', as German officers, American troops and French prisoners of war fought side by side to halt an SS invasion. You can read up on it here: https://en.wikipedia.org/wiki/Battle_for_Castle_Itter

Set up is quite straightforward. The enemy counters are sorted and placed by the board, alongside an AI deck which determines their actions.

At the beginning of the game, you choose where the allied soldiers are placed in the castle and each location is colour coded to signify the line of sight. For example, place a troop on the green and red square in the South Terrace and it can shoot at enemies on green and red circles.

On your turn, you have five actions, each of which will (probably) exhaust a soldier, such that they can't be used again unless you spend a later action to recover them. This is the game's nail-biting essence, as a wasted action can leave your troops feeling thin on the ground, and a turn spent recovering soldiers is agonising, as it gives the SS a free turn to advance its plans. This is the board game equivalent of desperately scooping water out of a sinking lifeboat using a bucket with a hole in it. It's stressful and you might die, but scoop hard enough and you'll see land on the horizon.

The most typical actions are 'attack' (shoot stuff by rolling dice) and 'supress' (prevent new counters from appearing by rolling dice), but you can also move between locations and in some cases operate gun turrets. Some soldiers have special abilities like 'inspire' which imbues allied troops with an extra dice, or 'escape' which might even end the game on the spot in your favour.

After your five turns have been selected, three cards are drawn from the enemy deck, and their actions are resolved. This includes approaching the castle, attacking the castle or outright killing your soldiers, thus removing them from the game.

You lose if the enemy breach the castle defenses, and you win if you survive the onslaught (or escape).

Castle Itter is an excellent solo experience, with tense, immersive and streamlined gameplay that I will surely return to again and again.

I can't remember the last time I played a game in which every single decision felt so important. Against a backdrop of the enemy pressure rising, you ask yourself questions like: how should I arrange my troops to make the best use of their skill combinations? Can I afford to leave troops in the tank, or would that be throwing away lives? Is it wise to exhaust this troop now when I might need him in the next round? Should I clear troops from the board, paving the way for an escape, or should I focus on preventing the next wave?

I'm counting this is a triple 'pro' because it's why I play solo games.

One thing I want to say straight out of the gate is this is one of the best rulebooks I've ever read. The game is made so much simpler to learn by well laid out examples, a logical structure and clear writing.

If you're a massive nerd like me, then you might enjoy games that encourage learning. As with #Pax Pamir (Second Edition), I was excited to discover more about the setting, and the more I read about the battle the more enjoyable and immersive I find the game.

The sense of foreboding mounts as the SS fill their ranks, giving the game a wonderfully tense arc that rises each turn.

It's a relatively quick game that doesn't absorb an entire evening, but long enough to feel immersive and rewarding.

The game doesn't come with any storage solutions, it's just stuff, in a box. Buy some baggies if you don't already have some. The first time I set the game up because the box was in total disarray it took bloody ages to sort the enemy counters and by the time I was finished I'd changed my mind and decided to read a book instead lol

I know it's standard fare for niche war games, but there's no getting away from the fact that the components are cheaply made. We're spoiled by slick production quality nowadays, and nearly every other game I own has thicker cards, a nicer board and more pleasing graphic design.

The colour palette is only *just* accessible to me given my Deuteranomaly. I have to work very hard to distinguish the colours and it undermines the quickness and immersion that represents the game's core appeal. The poor quality of the printing on the cards mean the colours are shockingly bad and even my able sighted other half struggled to work out the colours. I would definitely buy a more polished second edition of this game with deluxe components and an easier to parse board for colourblind players like myself.

The enemy AI turn also takes longer to play out than your own, which can make the game feel lopsided at times, especially if your turn was underwhelmingly spent recovering soldiers in a few seconds but sandwiched in between two long enemy turns with lots and lots of dice rolls.

Ultimately, it is a luck-based game. The dice rolling (did I mention there's dice rolling?) can make or break a turn and there's no mitigation for poor rolls, so if that's not for you, you've been warned!

Excellent review! That's a game that has been on my wishlist for quite a while.

This is a game that has been on my radar since it came out. This review has only whetted my appetite more.

I'm not sure I could ever get past the war theme in games. I will admit though that this one sounds pretty cool with every decison being hugely important. Thanks for the review! 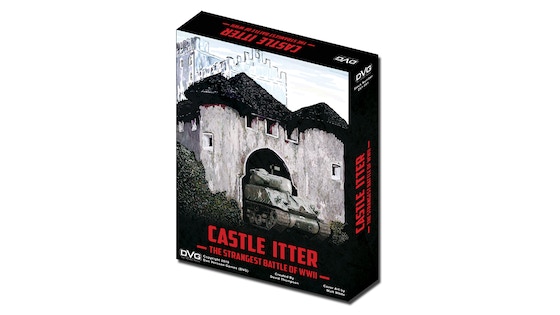