Board Game Mechanisms: What Feelings Do They Evoke?

Random thought: Is there a unique feeling or experience that certain mechanisms tend to draw out from players? or does it entirely depend on how the designer wields that mechanism? If each mechanism does drive a unique type of feeling, is there a certain compatibility or non-compatibility between different mixture of mechanisms?

For example, let's take worker placement. This mechanism typically involves players having a group of workers they can allocate to different action spaces on the main board. Each worker completes a task for you to build your empire toward a common goal.

Let's do one more, taking variable player powers and maybe even asymmetry. Like the name suggests, this involves giving each player an entirely different power he/she can utilize throughout the game, and typically assigns each player a unique character or faction. In the case of asymmetry, it's basically variable player powers, except with added chaos where each character or faction plays by its own rules.

The reason I bring this up is because of Atlantis Rising 2E. It's a great co-op game and my wife and I thoroughly enjoyed the experience. But, there was one little part that bothered me just a tiny bit—lack of your own personal character—and I think it's mostly due to the combination of worker placement and variable player power mechanisms at play.

I had read before that some people claim this game to be Forbidden Island "but better" in every single way. And while I agree that Atlantis Rising is an excellent game with nail-biting tension, it was lacking in the character department, which is funny to say because in comparison, Forbidden Island's character cards barely have any character. It simply shows scuba diving gear for the "Diver," a helicopter for "Pilot," or a compass for a "navigator," and so on. Certainly not like these beautiful Councilor player boards illustrated by the amazing Vincent Dutrait.

This is where I felt slightly misled by those who claimed this game to be "Forbidden Island but better". Let's compare:

Going back to our look at the two mechanisms—worker placement and variable player powers—there's a tension between the feelings they create in Atlantis Rising 2E. In return for rewarding the players with a more strategically satisfying gameplay where you manage not just your character, but also another set of workers, your character takes a backseat and becomes a part of the puzzle. It's not the main character and is instead a stat booster to help other workers' probability of success for gathering materials for the Cosmic Gate. And when disaster strikes and an island tile that your workers are standing on floods away, it's a shame that you've lost your workers and/or your Leader for that round, but you'll have them right back for the next. This isn't to say that Atlantis Rising 2E doesn't have tension. In fact, it has plenty of brutal moments but the case I'm trying to make is that the characters have a bit of hollowness to them in comparison to the nice chrome.

On the other hand, Forbidden Island is a much simpler game with a small decision space and little ways to mitigate bad luck. But, it has one thing that it does really well—immersion. You and your friend feel like you're on the island. You feel like you're the diver of the group. You can feel the danger in a way that's more personal. In comparison, the danger you feel in Atlantis Rising 2E is not the safety of your character, but the end goal getting disrupted. There's a difference.

Again, I want to be clear. Atlantis Rising 2E is a great co-op game that deserves your attention if you love Pandemic-esque type of games. But as someone who tends to overthink and ponder these things while taking a drive, it's interesting to think about how mechanisms might play a heavy hand in shaping our feelings during gameplay.

With that said, what do you think about my thoughts? And what sort of feelings do you think are created by other mechanisms such as rondel, drafting, hidden movement, or others? Let me know in the comments below!

Worker Placement: Dictorial satisfaction at seeing my commands completed in a timely manner

Deck Building: Hoarding satisfaction as I collect various types of cards that tend to gather in useless piles in my deck

Resource Management: A sense of capitalism as I exhaust and deplete options for other opponents

Asymmetry:  Pity on the fools taking actions that mean nothing to me!

Point Salad: No one wants salad! Get out of here salad!!

Great answers! I should consider making another article in the future borrowing from your descriptions haha.

Writing this article also reminded me of something that Phil Walker-Harding mentioned in my interview with him. He thought of the theme for #Sushi Go! after thinking about the mechanic of players passing around a hand of cards and equating it with the act of grabbing plates on a sushi conveyor belt.

Haha, Amen.  Salad is the worst.

A hearty amen to your last point.

I laughed at the last one. Good job.

I always find it interesting in Co-op games that give the player a lot of sense as to who they are/control over a specific character when you get to a point where some harm coming to you character would benefit the team and having to overcome that urge to protect what is 'yours'/'you'. Or even in some cases giving up upgrading your character or collecting equipment to instead help a teammate. I have one friend who in any game loves collecting 'stuff' and this often bleeds into co-op games (burgle bros or eldritch horror) that she really resents being asked to share and/or give up equipment even though it would clearly benefit the team.

That is an interesting point, and it sure is telling about your friend's personality and level of immersion into the game. I think there are definitely two different categories of people, where some are more detached and see the game from a more "numerical" perspective of working out the odds, vs. more attached people who are more emotionally driven in their decisions. Co-op "quarter backing" conflicts often tend to be a clash between these two types of people too.

Yes, I think as a group we all tend towards the story telling side of games over the mechanical efficiency (not that it can't get competitive!) I think we're pretty good at not quarter-backing on the whole but sometimes when your character is dying and you could really just use that one item to get out of trouble, it leads to some hilarious conversations.

When we played DnD together, that friend specifically made a rouge-thief character in order to justify her inevitable hoarding tendancies.

I think you're right about the variable player powers/asymmetry making you feel more immersed. I saw this with #Dune, as a specific player I can think of wanted to use a certain faction, but it was already taken. Then he played as the faction we game him, and he fell in love with them. I think that kind of thing can take a good game and make it something special.

Wow great article Phil! Thanks for the awesome insight.

Thanks, glad you enjoyed the read! It was something that's been stuck in my head ever since I played Atlantis Rising 2E so I'm glad I got it out haha

You have some interesting points. I think that the tension, in the example you mentioned specifically, is perhaps not as much in the tension between the mechanics as in the misplacement of who you are in the game.

I feel like many games completely ignore the question of who the player is. It is easy in #Forbidden Island to know who you are. You are your character. But, it sounds like, in #Atlantis Rising your job description is more that of a deity or a king than a counciler. I wonder how differently it would feel if they would have said that, "you are a god, here is your high priest and his lackeys.... Do what you can with them?"

You expressed my feelings of it quite well! It was definitely a matter of me going with the wrong understanding/expectation of who I'd be in the game. I was expecting Forbidden Island's characters except with much cooler presentation and powers, and it wasn't quite that. And as for the "job description," it really is more like you're playing the role of an even higher authority figure than the Councilors. A deity wouldn't be fitting because it's actually the gods themselves who are angry at the Atlanteans for turning toward technology instead of worshiping them. That's why one of the phases in each round is "wrath of the gods," in which players have to flood a number of island tiles depending on how much wrath has been accumulated. I suppose another option could be to think that players are some sort of deity figures who have sided with the humans.

That's a good point about the gods. 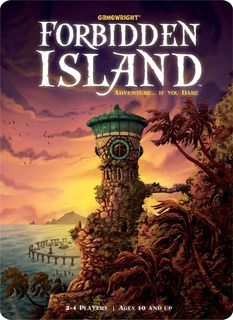 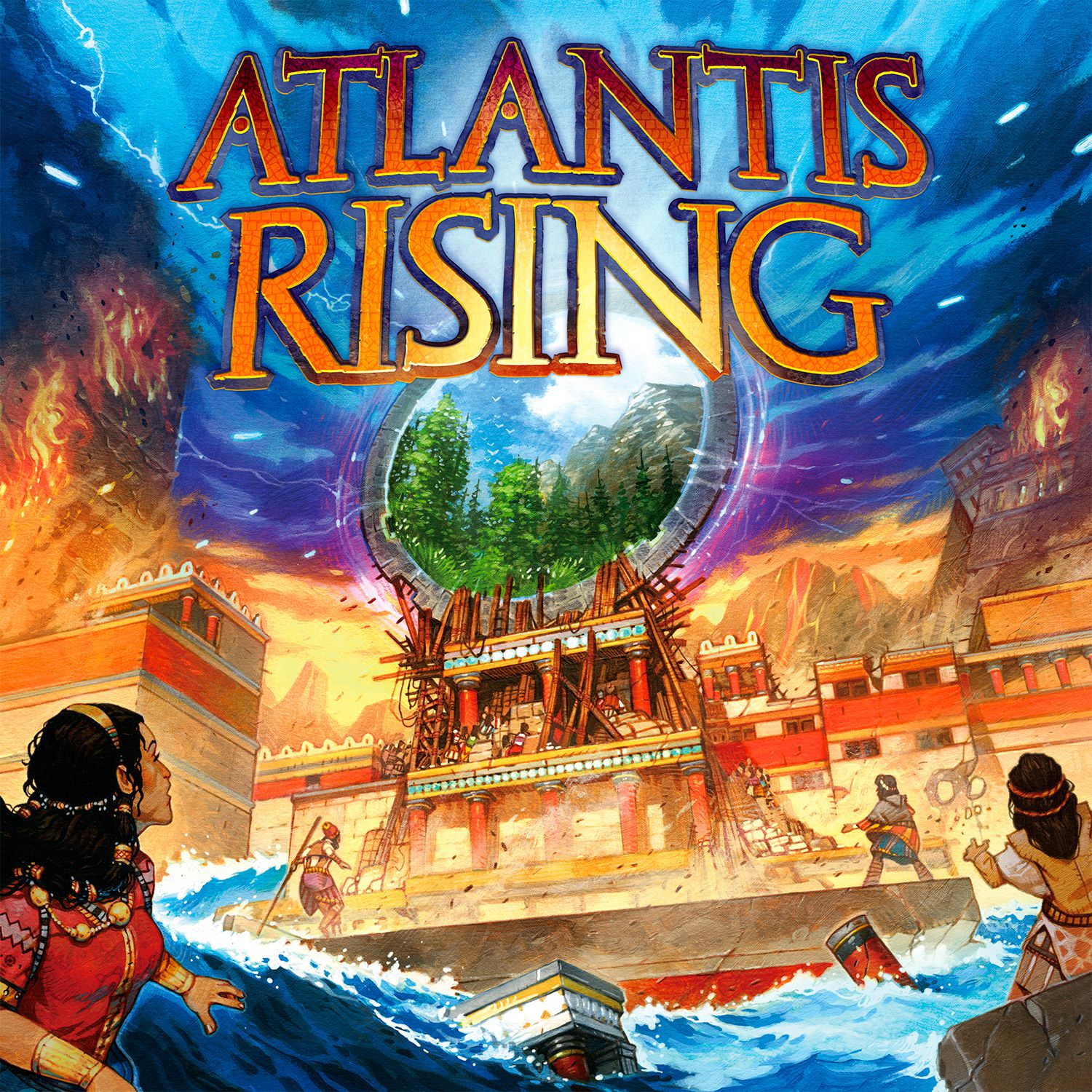