So, the most important point I will make in this whole article: my spouse is the most considerate person. She never played board games before we met and have put in a concerted effort to learn about my passions and engage in them. Part of that has involved her always asking about the games I play when I go to my board game club. Now, one week, another member had recieved his copy of #Architects of the West Kingdom and brought it along and I had an absolute blast. I came home raving about it to my patient partner, who little did I know secretly makes lists of all the games I talk positively about. 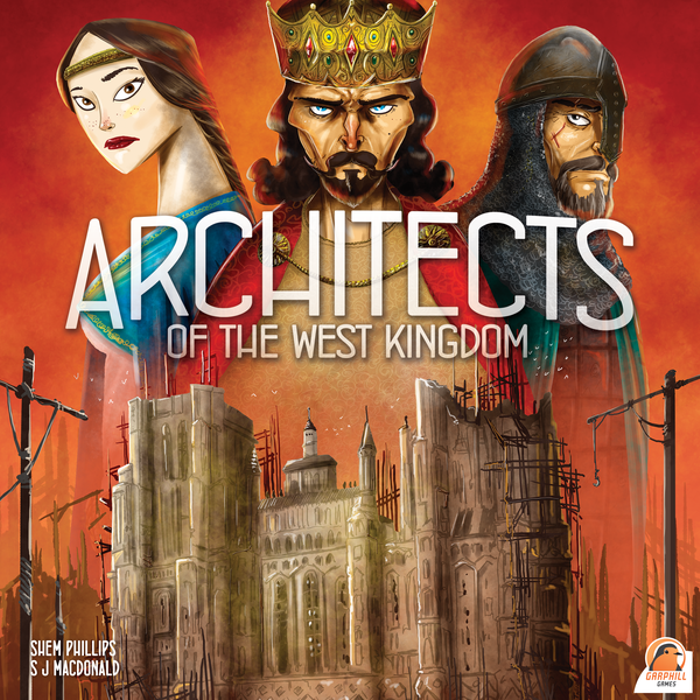 Skip to a few months later on my birthday, and what pops up but a copy of this wonderful game (she also got me #Raiders of the North Sea or Christmas, cause she's the best). We didn't immediately play it because we then went away for the weekend and it went onto the shelf. The same member of the club I go to also absolutely loves the game, so would bring it with him on a regular basis, and I cycle to the club so usually only bring smaller games so as not to damage them, so I found myself playing the game fairly regularly but always someone else's copy. As such for probably a good 6 months or so it sat on my shelf, waiting for an opportunity. 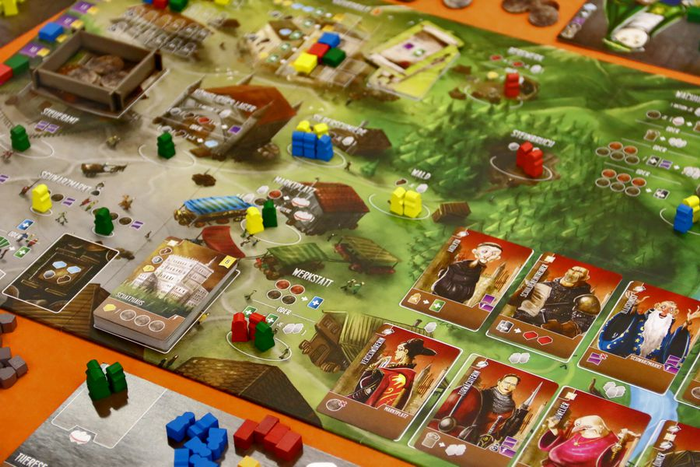 Finally, at the start of the lockdown, now bereft of my board game club, the urge to play it crept up and we played it at 2P for the first time: finally free of the shelf of shame. As I am sure I have written on this site numerous times, I really like the mechanics of this game, it is a really enjoyable play on worker placement and the multiple routes to victory are a lot of fun. I definitely prefer it at higher player counts, but it worked well at 2 and the little engines you can build are super fun. I highly recommend this game to anyone who hasn't tried it yet, it has a great balance of puzzle, player interaction (there is a wonderful little ecosystem with putting meeples in prison) and themeing. It is my favourite of the series I have played.

I've also noticed that at higher player counts in particular (3+) it can be helpful to have someone grab your workers and put them in prison.  Playing with my wife and daughter they wouldn't not capture workers and so I had to recoup my own guys quit often costing me turns that I would have used differently with a group that captured more frequently.

That being said, this is a game I decided to use a discount at www.topshelfgamer.com to upgrade the building components.  The ones that come with the game are great but the Top Shelf Gamer upgrades are pretty nice.

That's true, although if you already have a couple on the capture spot recouping your own workers can save you from getting too much many negatives when the black market resets. Depends on what kind of strategy you are playing.

Oooh, those are some fancy pieces!

I've heard pretty much nothing but good things about this one. Do you think it'd be good for someone who really doesn't enjoy meanness (direct negative interactions) in games? That's my wife, haha. I'm thinking about the imprisonment mechanism.

At 2P it is a little meaner, at 4P it rarely feels mean, as you target the biggest groups of Meeples (as this benefits you) and so if people keeping stacking meeples in on replace then they know the risk they are taking (and the rewards if they can pull it off). So are least in the games I played it always felt like more of an eco-system, with everyone keeping everyone else in check, and I don't think anyone was targeted, not even the leader. However, at 2P, purely because there is only one other person, you either takes there's or get back yours so you can redistribute them. But again, because there were only two of us it didn't feel mean, just part of the game, similar to taking someone's piece in chess. Plus, if you just focus on that one mechanic you will lose, as getting your meeples back is relatively easy once they are in jail (harder if the othe rplayer keeps them, but then they get no benefit) so it is really just a way to stop someone piling eight meeples onto one spot and getting too much stone.

Thanks for the analysis. I think it's probably a pass for us for now. She's getting better about being sensitive in games, but even when the most logical move is the "mean" one, she doesn't really like it, haha.

That's fair, maybe #Raiders of the North Sea would be more up her street as there is very little player interaction but it is still a lovely twist on worker placement.

I've heard that #Raiders of the North Sea has a number of cards with "take-that" elements, which made Rahdo iffy about Raiders (granted, he always admits to being way on the spectrum of a carebear gamer haha)

I think 2-3 out of maybe 15-20 card types have some pretty minor take that element, but they have are all for like a single resource or they give the opponent a choice. They are pretty weak compared to a lot of the other card powers. I think maybe in the last game I played they were used maybe 3/4 times total. So yes, some very minor take that but it rarely slow you down and if some tried to use them more then they would likely end up losing

Makes sense, that doesn't sound bad at all. And you might have mentioned somewhere before, but what's your interest level like in #Paladins of the West Kingdom?

Also, seeing how considerate your spouse is, I wonder if she actually checks out your wishlist page sometimes? haha

I have only played it once, I really liked it as a puzzle, but it was almost completely multi-player solo, certainly more so that Raiders or Architects. So while I will want to play again to get more if i feel, at the moment Architects is my favourite.

Maybe, I've only had a wishlist for the few months I've been on BGA so she may not have discovered it yet, but I wouldn't put it past her!

Maybe! That does sound more up her alley.

And she is a great spouse, my favourite.