I was fortunate to get in another round of #Root last night and as always it was a great time.  This time around we had 5P game, Marquise (newbie player), Vagabond (newbie player), Duchy, Woodland Alliance, and the Lizard Cult (me).

The Marquise built quite the infastructure at the beginning of the game due in large part to the Duchy staying underground.

Meanwhile the Vagabond ran around largely ignored and unchecked, sneaky as ever.

The Woodland Alliance came out swinging... Viva La Revolucion! in the 2nd round.  A Revolution that never went away.  However, this Revolution was able to be contained to one area for a large part of the game (before spreading like wildfire toward the end of the game).

Meanwhile the Marquise infastructure was stretched to thin and begin to crumble.  They were able to hold on to a small portion of the map and keep away from the pesky Revolution.

Faith ran deep in the critters of the forest (especially the bunnies), as the Lizard Cult was able to slowly build up the faithful by spreading their Gospel throughout the land.  Anyone who has played with the Woodland Alliance and Lizard Cult knows they can wreak havoc on each other.  Seeing this the Lizards sent an Olive Branch to the WA and they created an unofficial alliance (that lasted throughout the game), where the government of the Revolution would create a land that would allow for the Freedom of Religion.

The Duchy was happy to mole away and largely stay out of the fray (but also finished in last place).

In the end the sneak Vagabond pulled out the win with a few well placed Aids and Quests.

The map state at the end showed the story of the game, a crumbling once great empire (Marquise), a stubborn empire refusing to change (Duchy), and a land of Religion and Revolution (Woodland Aliance & Lizard Cult).

Root is such a great story generating game.

It's why I always want to come write up a Battle Report following the game.  I don't think very game lends itself to this kind of post game analysis, but Root always does for me.

The end of this game has me loving this game more as I will now consider the state of the board outside of just who wins, but when they win and what the forest looks like.  It'll give it a sense of, this is now the shape of the forest.

It was a lot of fun.  Although I have to admit, I don't love playing with the Vagabond.  But this time it was nice, because my buddy (who generally struggles to understand games sometimes) won.

It's nice when those people win sometimes too.

I like to see a variety in winners, I really don't mind losing.  I mostly just enjoy getting the game to the table. If I win it's just an added bonus.

That's where I'm at.

The Vagabond in the thick of it as he poises himself for the win. 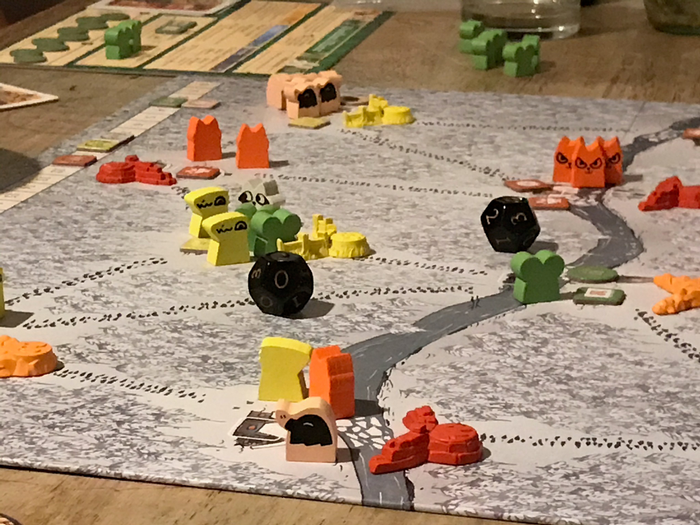 I feel like this picture is a good representation of the Woodland Alliance and Lizard Cult working in relative harmony. 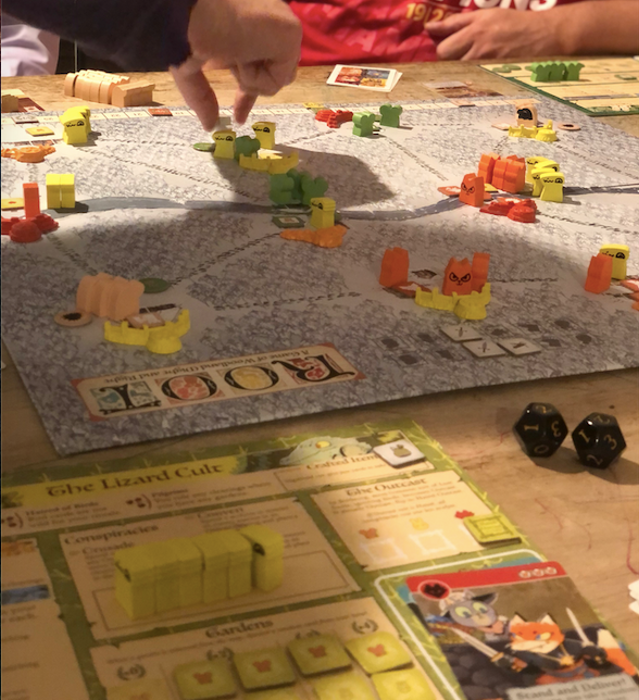