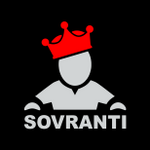 Games evolve just like art, music, science, and literature. Experience inspires innovation. People build on what’s come before. This is the engine of progress which defines us as a species. The more people involved the faster the evolution. Arguably, the first celebrity game designer is Edmond Hoyle. If you’ve ever heard the phrase “According to Hoyle” this is the guy they are talking about.

In 1742, Hoyle’s pamphlet “A Short Treatise on the Game of Whist” sold for 1 guinea (that’s more than $320 today.) Hoyle would sell these pamphlets to affluent folks who he’d demo his version of Whist to. We’ll talk more about Edmond Hoyle’s odyssey and legacy later in the blog series when we cover trick taking games. But for today, think of Hoyle’s enterprise as the departure point for our train of gaming innovation.

Whist became the gaming standard in the Royal Colonies and Europe alike. Even George Washington had a copy of Hoyle’s pamphlet in his library. Skip ahead to 1880, in the “Standard of Hoyle” Hearts is published and is said to be “probably of German origins.” Hoyle’s name is now attached to the publication that spreads games and how to play them.

Keep Hearts in mind for later, but first let’s take a quick stop in 1930 when “Crazy 8’s” appears in the lexicon of games. The 8’s weren’t crazy yet in 1930, but later were renamed in the 1940’s after the US military designation “section 8.” In 1971, Merle Robbins forwards a critical innovation in card games with his version of Crazy 8’s called Uno - he writes the rules on the cards & prints a unique deck for his game.

Next stop 1993, Richard Garfield (who happens to have his own variant of Hearts) gives the world Magic: the Gathering - a collectable card game (CCG) with unique rules written on the cards. The game sells out, over and over again. Two things happen immediately and without Garfield’s intention - folks want to play multiplayer (official multiplayer rules won’t happen until 10 years later) and because there aren’t enough cards available, folks turn to drafting so that whole groups of friends can enjoy one player’s collection. Later this leads to booster drafting, and exposes countless gamers to the fun of Pick & Pass.

In case you didn’t know:

Our train of gaming progress isn’t about who created the innovations, but how they were popularized. These game mechanics, methods and situations inspire others which lead us to even more progress. Booster drafting inspires deck builders like Dominion and Star Realms which then inspire deck management like Gloomhaven and Nemesis. Pick & Pass becomes the central gaming mechanic in 7-Wonders and Sushi Go Party, which leads us to our last stop in this blog: the future and simultaneous play.

Making games that appeal to both seasoned and gateway gamers means eliminating barriers to fun: too much downtime between turns, overly complicated rules to learn and teach, and games being too long. As we look towards gaming’s future, we can see more games choosing some form of simultaneous play like Planet Unknown to meet growing expectations.

Drafting currently gives players a very satisfying simultaneous play experience, but whatever comes next I’m all aboard.

Rating Drafting as a Game Mechanic

Approachability 4: Drafting is a great mechanic for gamers & gateway gamers alike. It is easy to understand the action but leads to very significant ramifications.

Depth/Customization 4: There are a lot of forms of drafting each with their own flavor and benefits. Open Drafting, Action Drafting, Pyramid Drafting, and Pick & Pass to name a few.

Utility 4: Whether it is to mitigate randomness or facilitate simultaneous play, drafting fits a lot of places well. It has the right level of player interaction while avoiding direct conflict.

Uniqueness 2: There are more than 11k games listed on BGG with some form of drafting in them.

Next stop in the Game Mechanics Blog series Tile-placement. Get your polyominoes ready.

Jason has been leading IT development organizations for 25+ years and “enabling” his weekly game night group for 15. His wife still hasn’t found all the places he hides the board games. These two great passions collide to form Sovranti, a new online board gaming platform.

This is a repost of original blog article for a wider audience.

Is the title of this post a Simpsons reference?

Absolutely, thank you for getting the joke. That's a deep Simpson cut.

Very interesting. I find drafting to be a fun way to introduce others to different forms of games. It also works great for a variation on picking powers or special abilities that are open to all players at the start of the game.

Yes absolutely, it's a great mechanic to introduce to gamers, and it can create a lot of variation for everyone!

For sure! Sometimes even the house rule draft (looking at you#Terraforming Mars) are better!

House rules are so fun! We've been playing a lot of Sushi Go Party Golf, where we try to get te lowest score instead of the highest.

Ooh I like that idea! Sounds like fun. Then everyone wants to be the person who keeps the chopsticks or whatever. Egg Nigiri for the win!

Yeah we've started to use certain cards that make it more challenging like, Miso, Uramaki, edamame, etc. You're welcome to join us for Game Night sometime, and we can play it. Our Game Nights are on the Sovranti app every Tuesday from 6-8pm CT.
Or if you are interested, here is a stream of some people playing golf: https://www.youtube.com/watch?v=XQEp0Tq3gs4

Nice! I'll check it out

Let us know what you think!