What do you want to see in a Board Game Cafe? updated 28 days ago | posted 4 months ago

Anyways, it's been a new dream of mine to open a board game cafe/lounge the second I found out they were a thing (I won't be selling coffee or alchohol, so I don't know if it still counts as a cafe). I've done a ton of research so far as to what a sucessful board game cafe should have, and I 100% plan on opening one myself one day. But I'm not 18 yet, and there's a bunch of things I need to finish before I can really prepare, so right now I'm just kind of dreaming.

If you're wondering about my current vision: I'd love a heavily-themed fantasy board game cafe, and decorate the walls with dragon and monster heads on plaques, stuff like that. My friend, who wants to partner with me, wants to make it look like some kind of inn, which would also be fine. I want to serve sandwhiches, soda, and milkshakes. If it's not overkill, I think it would be fun to put the drinks in stuff that looks like potion bottles, to make the drinks look like potions. I want to have several large rooms separately dedicated to board/card games, tabletop wargames, and rpg's, and maybe each room would have a separate theme (like the tabletop wargame room themed after Warhammer 40k since it's so popular). I might open a shop since they don't make very good money, but if I do open one I one to start small and sell small custom stuff like dice, dice towers, dice trays, game mats, and other game accessories. Once I have enough money, I want to hire people to teach games, and GM's to teach rpg's and run sessions. That's what I envision. My opinion isn't set in stone in any of these aspects, so long as the place isn't boring and has a good theme.

If you don't know what a board game cafe is: It's typically a place where you pay some money (usually $5 per person) to take any board game from a large library, and sit down at a table to play, and an employee would teach you how to play. Most places sell coffee and alchohol, and food like sandwhiches and finger food. There could be private rooms, and sometimes there's a shop.

I'd love to hear what you guys would want in a board game cafe to make it more enjoyable.

In 2019 the local gaming group did a 24 hour charity boardgame day at a local brewery/cafe.  It was pretty great as they opened up a bunch of space in the brewery section of the building for a bunch of tables, which was pretty cool and there was a bunch of tables in the cafe side as well.  Gave people the option of ordering either coffee or alcohol.  They don't have a kitchen on site but did partern with a couple of different food trucks to come park outside the facilty.  This is something I would look into as well.  It saves you a TON in infrastructure, permitting etc allows you to draw a broader audience of people - some of the people who came only came because of the food trucks and then got invited/hooked on the boardgame theme.

Good luck with the planning and building.

Another suggestion: Go talk to other owners of similar establishments to get tips and advice.  Don't think your passion alone will make it successful.  Best of luck.

Yeah, I won't be going in blind. I've talked with a lot of owners and plan on having a partner, lawyer and business consultant

So your description reminded me of this place that's near my house: https://www.requiemcoffee.com/

They did a kickstarter a while back.  Here's a link to their kickstarter page.  They also call their drinks potions, but do not serve them in potion bottles which I think is definitely a missed opportunity haha.

I think you definitely need to have coffee though.  Alcohol you can defintely not do (and there's a bunch more paperwork involved with alcohol as @Marshwiggle92 mentioned).  But I think long gaming sessions would defintely call for coffee.  Helps keep people at your tables.

Wow, that looks great! But even to me, it seems like a bit too much... like how are you supposed to play board games on those wonky tables? And the lighting does seem like an issue.

I still won't do coffee due to religous reasons. I'll probably do a smoothie/soda bar and advertise it as such so people know what to expect coming in

Yeah I don't think board games are their primary focus.  More like DnD and the like.  The furniature is definitely form over function.  But it definitely has the wow factor.

How successful would you say their bussiness is? Many people suggested against my heavy fantasy-themed place because it might only appeal to a small portion of people, and the rest would be intimidated or feel out of place and not come.

But if a crazy place like Requiem exists and has good business, then I'm sure I can get away with my ideas

I honestly don't know because I've only been there one time.  My friends backed their kickstarter so we went with them to redeem some of their free drink certificates.  But if they're still around after covid that has to say something.

This is something my wife and I want to do as well, and while that probably won't happen (sigh), we've thought about it quite a bit. One place we really loved was Good Move Cafe in Provo, Utah. They had a great setup (although not fantasy-themed), with tables and booths, games galore, good food and a knowledgable staff. What I loved was the tournaments. They had them weekly (sometimes more) and were well attended. Tournaments were everything from #Codenames to #Captain Sonar and everything in between. There was a small buy-in, but it was worth it (and I'm a tightwad haha).

When it comes to food, keep in mind that the greasy stuff will get on your games, which could be a turnoff for other patrons. I like the idea of sandwhiches, burgers, and other things that aren't too messy (burger depending, of course). Aside from the meal-type foods, snacks like trail mix, candies (M&Ms, Canadian Smarties, etc.) are a great choice for those who want something to munch on but not necessarily a full meal.

I think if you're doing a fantasy theme, specilaized drinks like butter beer can help add to the theme.

Let me know when it's open and if I ever make my way to wherever you are, I'll definitely hit it up!

Thanks for the suggestions! I'll deffinitely let you guys know about my place, once it's open, but it'll take me a few years of taking care of other things before I can seriousely work towards a place. Right now I'm just doing research and dreaming lol

Sounds so fun reverentsatyr 😀 I could see a small inventory of stickers or pins (I personally collect them from local brands I love) Definitely can see people renting those private rooms out for birthday parties 🎉 and friend gatherings.

I might have some different perspectives but some food options that I would order in a heartbeat:

I love these hole in the wall cafes that takes you to totally different world theme... 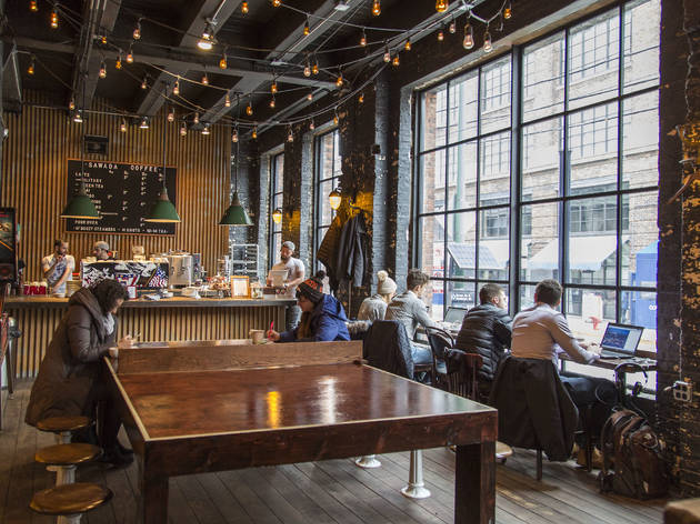 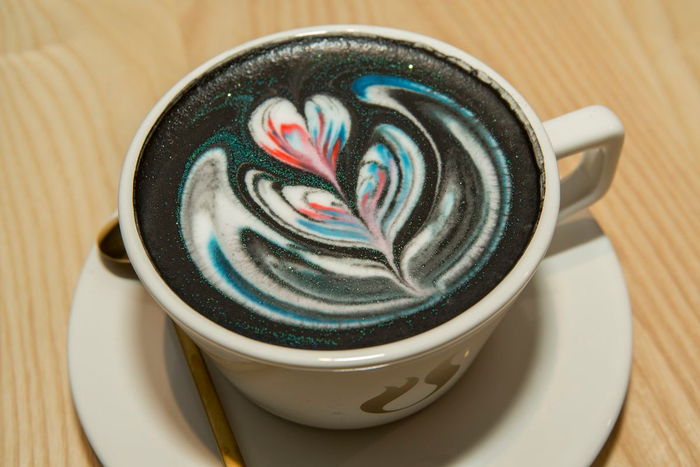 Maybe a place where players can hold their favorite game for first timers to make memories and share with friends on a main accent wall were customers can share their memories at your cafe would be a nice touch featured wall for those "instagram" moments. Maybe the heads of those dragons/objects can be on on smaller booths for people to enjoy and experience as they snack or play games. 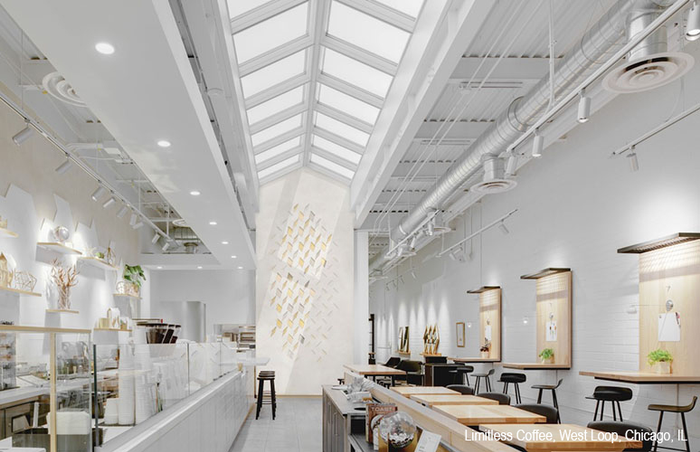 Thanks for all the feedback! I'll deffinitely want to have light snacks, like maybe a trail mix bar with nuts, chocalate, and fruit, or something like that. I'll probably pull back on the theme towards the entrance, but go nuts in the different rooms. I'll go insane if I have to run a dry, themeless cafe everyday

Wow, big goals, I love it! I don't have any advice or anything, but this seems like a good place to start: Boardgame Cafes | Groups | Facebook

It's a group for people who own/want to start board game cafes. I'm sure you can find many good discussions or even get direct advice from people there.

Yeah, I'll definitely join that someday lol, I keep on forgetting because Facebook is blocked on my school computer

I am serious. If board game cafes had a kid friendly space where they could be entertained for 2-3 hours, we would go there every weekend.

Think a couple of instructors teaching them children games, puzzles, legos, maybe even some scientific toys, heck, even a Wii with Mario Kart or Just Dance.

Shit. Forget about grown up games. Just open it besides a restaurant.

This reminded me of the tavern in Pixar's Onward!

Aesthetic - I like cafes that have a welcoming vibe for any type of people out there. I'd like to see a rustic decor with lots of exposed wood. And it could be decorated for specific themes every now and then. 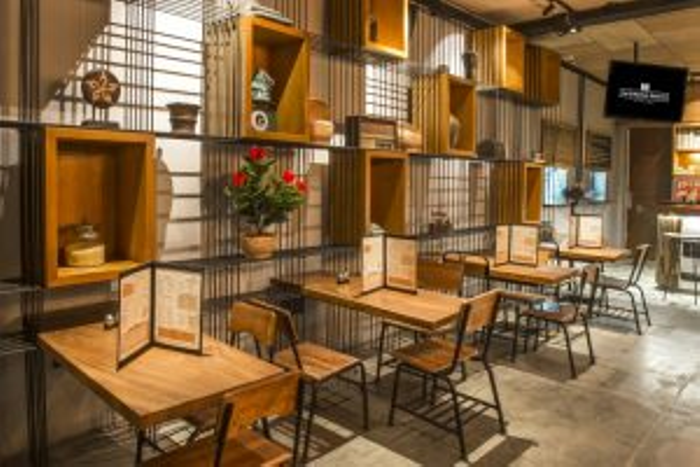 Activities - Besides playing the available board games? Hmmm I'd want to have events that incentivize paying for food or for renting out the place. For incentivizing buying food instead of having customers who stick around forever, I'd offer a small giveaway based on a raffle system where you get a ticket for every drink/food purchases. As for rentals, I'd work with local companies for setting up team exercise days, themed weddings, etc. Other events could include something like tournaments for a lighter game, or making it easier for new people to get to know each other during Valentine's Day.

Type of games offered - As many as possible! Especially great if you could have Kickstarter games. If you manage to create an awesome experience for my friends and families, I'd probably feel loyal enough to buy games from the cafe even if it means paying way more. On that note, I'd also try to find out whether there are potential partnership opportunities with local game stores, to see if you could work together.

Yeah tournaments and events are a big thing I want. The raffle and other ways to give free food sound like a good idea to get people hooked.

some austrian food is a hole in the market in Belgium. Nodoby does it; it fits the lodge theme :)

The main thing I want to see in a boardgame cafe is myself....LOL

Their are several things to keep in mind:

All the paperwork stuff I would have to figure out sounds daunting, I'm deffinitely going to hire a lawyer.

I would go insane if I would have to run a boring themeless cafe everyday, but I might pull back a little on the theme for the main entrance room to make it looking more inviting towards everyone, and put all the popular family/classic games there. Then go nuts with the theme in other rooms. I need theme