Empires of the North - first impression

Thanks to Board Game Atlas, I recently received the new #Imperial Settlers: Empires of the North. I got to play it a couple of times this week, so here I am with my first impressions! Keep in mind that I have only played twice, and this game has a LOT more to offer, and a lot more discover.

Empires of the North is a card-focused tableau and engine builder in which players control different clans vying to build the greatest empire. Each clan has a different personality, and a dedicated deck to match! Some clans love to pillage and conquer, and some love to drink!

The game is played in rounds in which players draw cards, place cards (locations) in their empire, and go sailing on expeditions to pillage and conquer both nearby and distant islands. Once familiar with all of the available actions, turns are simple, as you basically do one thing per turn. While the turns are simple, the strategy isn't necessarily obvious. In each round you're able to take as many actions as you want and as your resources and workers allow, so you're trying to set up a tableau of locations that combos well together and allows you to keep taking actions and scoring points. This can lead to some really satisfying, high-scoring rounds if you set yourself up right!

The main actions you can take are:

After the action phase, you resolve the "Expedition" phase, in which anyone who "Sailed" in the previous phase will either Pillage (discard for immediate resources/points) or Conquer (add to their empire for later access to the actions) a "Nearby" or "Distant" island.

And that's it! During the following Cleanup phase, you simply reset your exhausted cards, regain your workers, remove your action pawns from the action wheel, and do another round! The game end is triggered when someone reaches 25 points during the Action phase.

What is just okay:

This game looks quite fun! I'd really like to try it.

The art is cute and the theme is definitely spot on.

This game looks fantastic and has been at the top of my wishlist for a long time now. I can’t wait to get it!

Hope you get to pick it up soon!

So so glad you like it. I too think the art is amazing and the gameplay sounds cool.

This is awesome, I love the charming card designs and your review raises my interest in the game by several notches. Also, I feel like a custom playmat would go nicely with this. I know that the original Imperial Settlers game has one but I don't think this one does yet. One question so far: What is the level of interaction like in this game? Also, any "take that" elements you had to worry about at all when playing with your wife?

A playmat would be nice, but of course you'd need one for every player, haha. Plus there's technically no limit to how many cards you can have in your empire, so it might not be that practical to have one. I do love playing games on a playmat though.

As far as interaction - it's pretty low. There's one "take-that" action you can do, which is to spend one of your "raze tokens" (axes) to exhaust a location of one of the other players, so they can't use the action on that location for this turn. We never did that. The raze tokens are also used to conquer islands, and some locations' actions require you to spend a raze token to gain the benefit of the action, whether it's points, resources, or something else.

The clan my wife used had a card that allowed her to take a card from the top of my discard pile into her empire. So that's another mild interaction. I don't know about all of the other decks, but I'm guessing there's not much else.

Haha that is true, it'd be weird for you to be the sole person with the playmat :)

Even if the player interaction is low, I think my wife and I might like it if it gives a rewarding feeling of having built something significant by the end of the game. Seems like it'd be a lot of fun for solo sessions too since it has scenarios. I wonder which faction you'll end up liking the most after trying out all of them. Do you feel like you'd end up really itching to get the expansions for the other factions? (Roman, Japanese)

Well I already have the Japanese expansion! Got it with my prize :)

And yeah with each clan being so different, there's a ton of variety in the game! I can definitely see myself buying the Roman factions a few months down the road once I'm familiar with all of the current ones!

Yeah the solo game I played was a lot of fun! I did beat it pretty easily, which kinda made me feel like I did something wrong, though it did say different decks are better suited to different scenarios, so maybe I just picked a good one for that scenario.

The price point didn't seem bad at all so it seems like a great buy if it gives drastically different options for your group to choose factions from. Gahh I should look into this game now, seems pretty irresistible. It appeals to me a lot and it having a great solo is a huge plus.

Haha, sorry for tempting you! Rahdo did a runthrough if you want to see a couple of turns.

It's an inevitable part of being here. Makes it more fun! haha. Will take a look at a runthrough soon. The game coming with a nice insert is such a big plus too to go along with its great solo mode.

Oh man. At this point I expect to be disappointed with inserts, but not this time! So nice!
1
[-]

Yeah!  Love to see the reviews of the wins.  Enjoy.

I too love reviews of the wins, I would like if everyobody would review their wins.

Yeah I'd love to see that!

My tableau before the final round of my solo game! 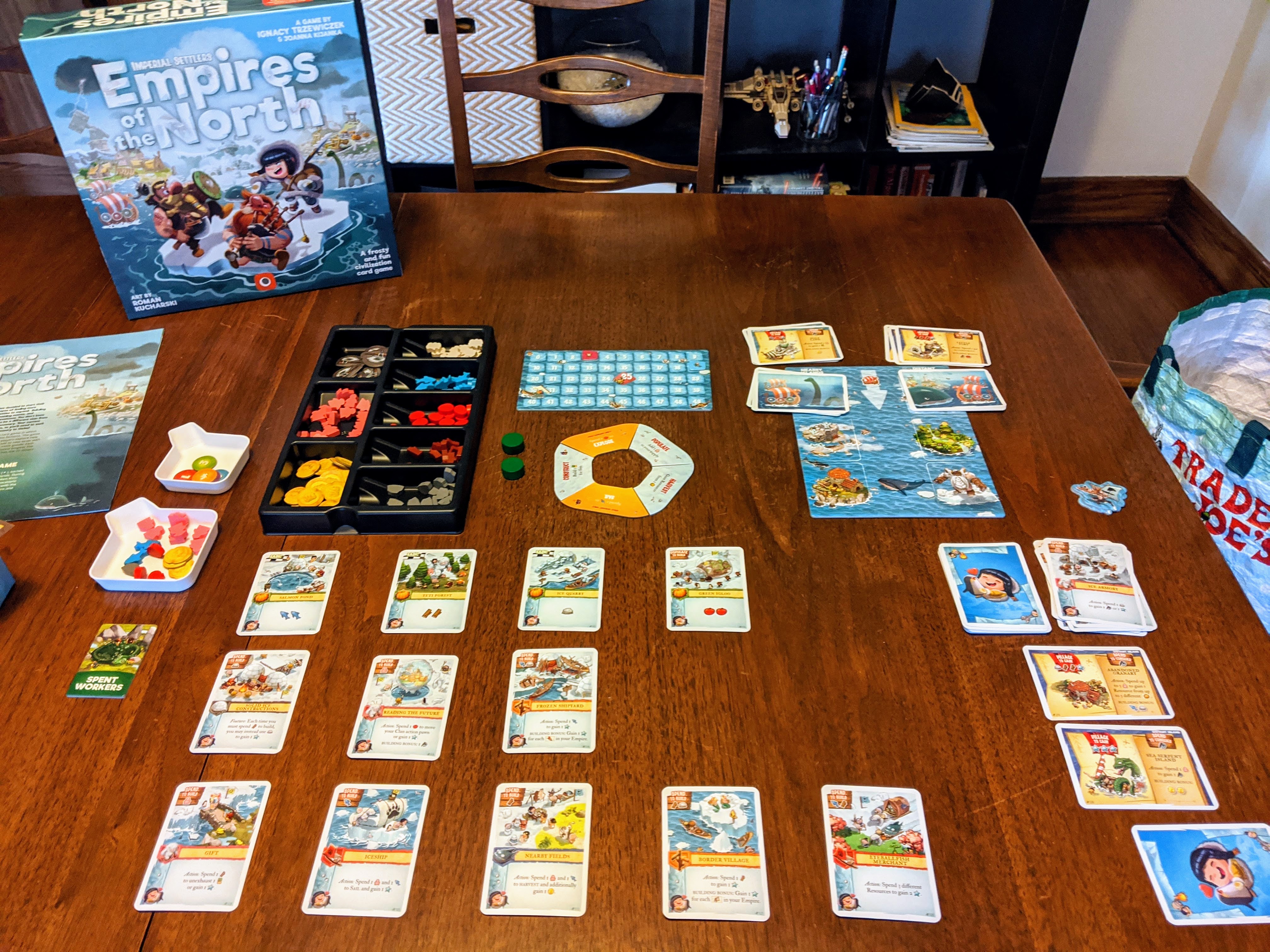 Close-up of some cards in my tableau 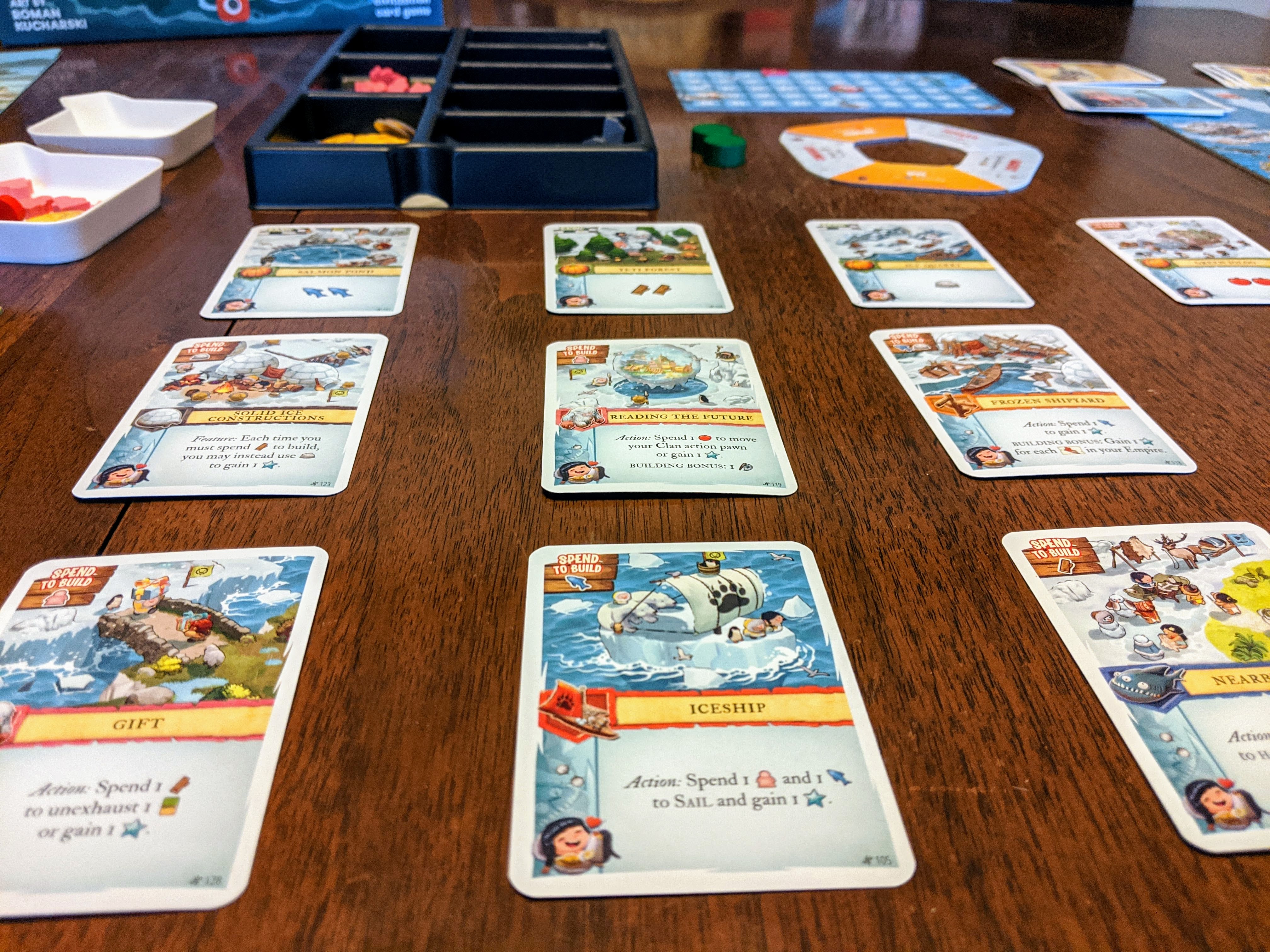 Really puts a smile on my face. Very charming and creative. My wife would love playing with them too.

Yeah the art is really charming and cute!

Close-up of the "action wheel" with my action pawns. The orange sides are only for use in the solo game - they make taking the same action repeatedly more costly. 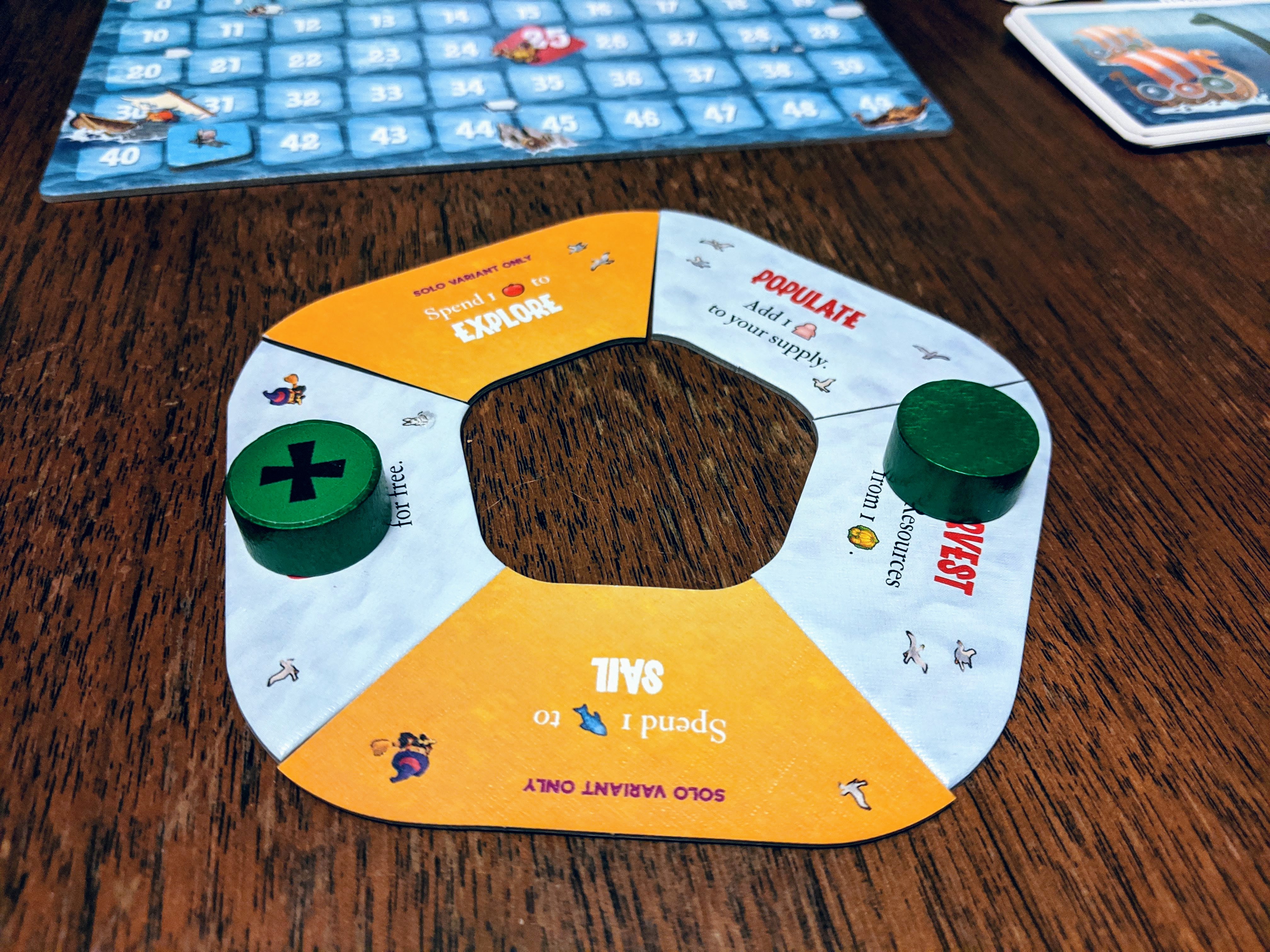 Some islands I conquered 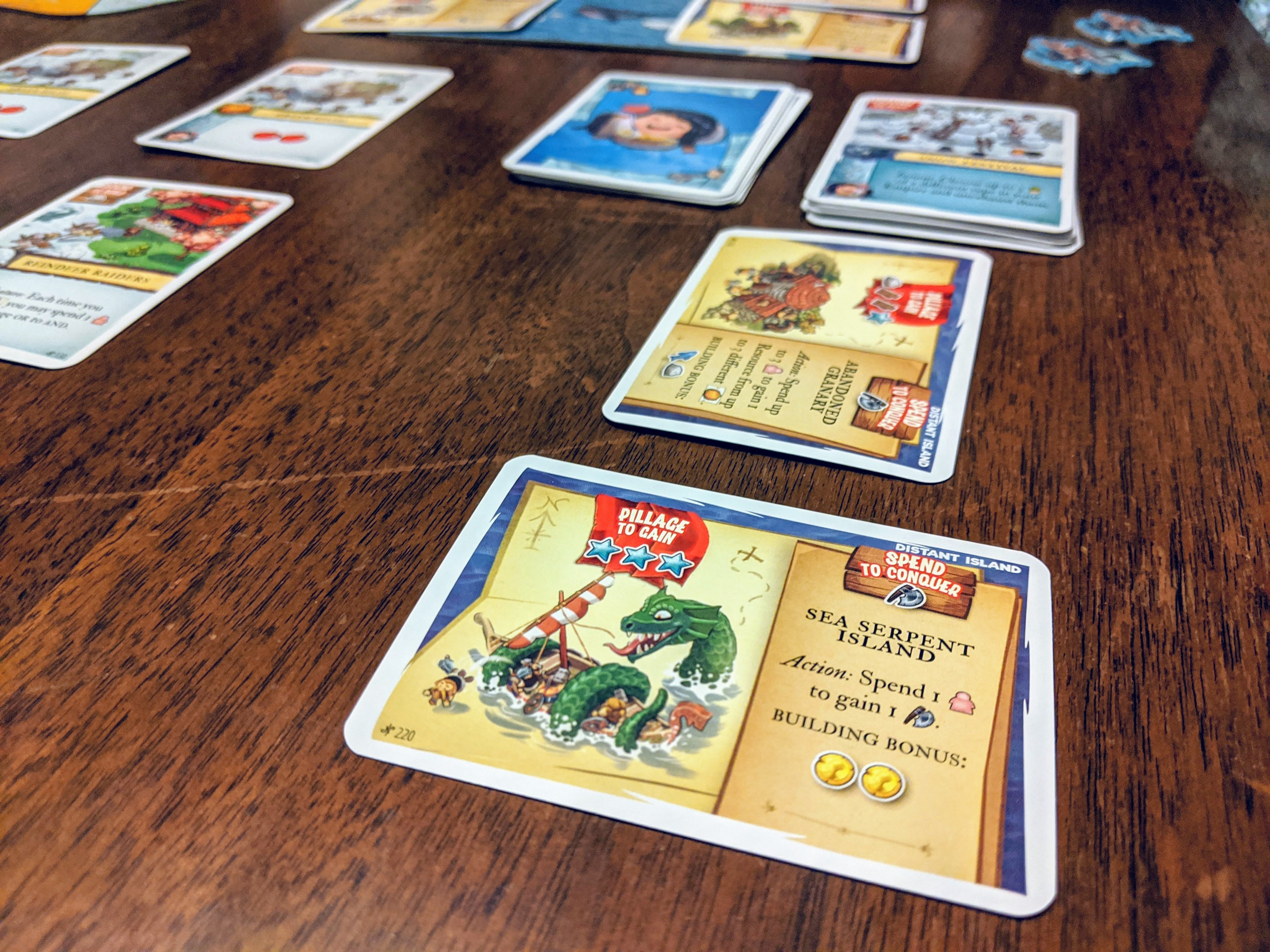 I love the sea serpent.