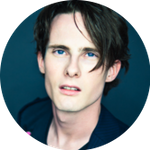 I'm a Terra Mystica expert from Ottawa, Canada. I play primarily on the Board Game Arena platform (webberaj over on BGA). I'm also a Twitch streamer and content creator at https://www.twitch.tv/webberaj.

A standing offer for anyone interested in Terra Mystica:

Okay, so I'm a bit of a Terra Mystica evangelist 😀 but if anyone is trying to get into the game, and I can be of any help, don't hesitate to reach out! I'm very beginner friendly. DM me here or through my community Discord.

How many games of Terra Mystica have you played to get to the point that you can be considered an expert? What about that game in particular speaks to you so much?

I think applying the term "expert" to a player has less to do with the number of games they've played and more to do with their ELO (like chess). Board Game Arena (BGA) is, effectively, the home of Terra Mystica on the Internet – almost all competitive players around the globe play on this platform – and they have an ELO system which you might be familiar with if you've spent time on the site (all games have one, but they don't mean a tonne with many of the games).

If your ELO is 500+ you're classified as an Expert by BGA, and so the term comes from that. Usually it takes a couple hundred games or more to achieve an Expert rating, assuming the individual is good at the game. It took me probably 400 games to hit Expert and probably 700 games to hit 600 ELO.

In terms of what speaks to me about the game: initially it was the asynchronous nature of the game. Meaning that, in Terra Mystica, there are 14 factions players can choose from and the same faction can't be played by more than 1 player. So everyone is playing a slightly different game. Next, there's also a tonne of replayability as bonus cards and round scoring are randomized during setup. Every game, a different combination of factions are going to be stronger than others based on these "setup" components. Finally, the specific combination of factions in play (in a 4 player game: which 4 of the 14 factions were selected by players) also changes the dynamic of the game incredibly. Put this altogether and you have a tonne of replayability. At the same time, the game does have just enough predictability in it, that a table of expert players will, oftentimes, agree on which faction is the best, which starting hexes could be selected by players, which bonus cards are apt to be selected in round 1, etc. So the game isn't just 100% variability all the time. There's enough to make it challenging and very, very replayable, but also enough certainly that expert players, after many thousands of games, have been able to develop a form of game "meta" (expectations on what actions certain factions might consider based on particular board states). This makes the game ever so slightly like chess, and becomes fun to discuss post-game in Discord servers and on game boards.

So it's variable, slightly predictable, and very discussable.

How do you feel about the TM expansions, meaning the big ones, Fire & Ice and Merchants of the Sea? I know Merchants isn't on BGA, but possibly you've had a chance to play it IRL.

Likewise, how do you feel about Gaia Project?

I've actually never played Merchants of the sea oddly enough! I'll provide a brief list of the various expansions to Terra Mystica and my thoughts on each. I realize you asked for my thoughts on the major ones only, but once I got writing I just thought it made sense to go through them all. Hope this helps! Let me know if anything is unclear, you disagree with any of my thoughts below or have any follow up questions.

To discuss board gaming in general.