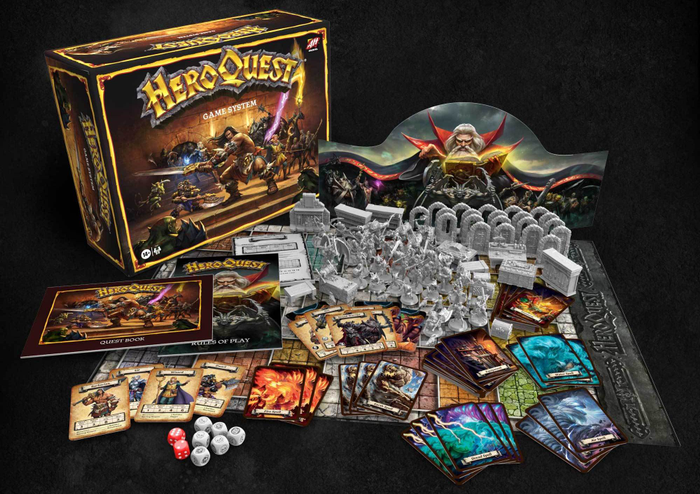 HeroQuest returns to the tabletop gaming world after 31 years. Is this reboot a must-have for fans of the original or would it be best to save your money for something else? Here's a quick rundown of the available information.

Originally published by Milton Bradley in 1989, HeroQuest is a classic tabletop game that bridged the gap between traditional fantasy role-playing games (such as Dungeons & Dragons) and board games. One player takes on the role of game master while others play as one of four fantasy world character archetypes venturing the dungeon (Barbarian, Dwarf, Elf, or Wizard).

After release, HeroQuest's success spawned a series of expansions and a sequel called Advanced HeroQuest in 1991. The game has since served as a source of inspiration for many dungeon crawlers that shaped games of today such as Star Wars: Imperial Assault and Gloomhaven. If you want to hear more about HeroQuest, just listen to him:

Since going out of print, HeroQuest could only be fetched for a high price of $300-500 in the secondhand market. Well, looks like there's finally a "better" option.

Hasbro has launched a crowdfunding campaign on its own platform called HasLab, with a goal of raising $1,000,000 for their HeroQuest reboot. It's an "all-or-nothing" format similar to Kickstarter and features two tiers: 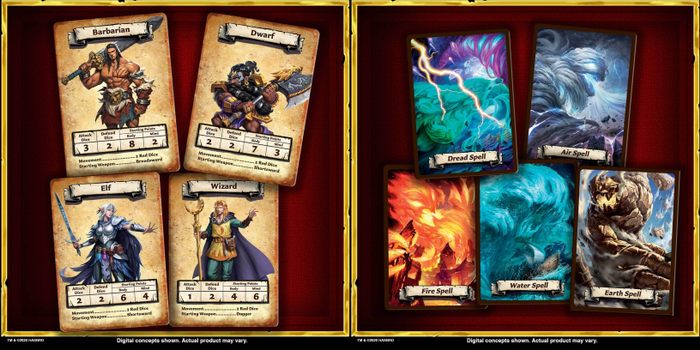 My First Impressions as an "Outsider"

I'm not the target demographic. I have zero experience with HeroQuest so the most important nostalgia factor is nonexistent.

With that said, this looks like fun times for those who've played the original. It's a modern rendition that takes very little risks and Hasbro knows how to tug on the heartstrings of now adults with lots of disposable income. And that's okay, but...

1. I have a feeling that the artstyle could be hit or miss with the target demographic. It's a "safe" style that's trying to appeal to a wider audience. But fans of the original may prefer the classic look with more realism.

2. $135 shipping for Canada?! Apparently this could be an error on their website, but no answers yet. And $1,000,000 all-or-nothing funding goal and limited to U.S. and Canada? I'm glad fans are getting what they want, but it's almost amazing to see that Hasbro isn't masking their motivations at all.

I should stop before my cynicism leaks out any further. So, what do you think about this campaign? Are you interested in getting this new version of HeroQuest? Or are there games with more modern designs that you'd rather get?

My friends I discussed the artstyle.

We're aged 32 to 38 (I'm the oldest) and while I find the new style acceptable and understandable for a new generation, why more purist GamesWorkshop-fan friends weren't happy with it.

Ok, The dwarves look silly to me but I like how classic they kept the style of the wizard :)

I like "simplified" artstyles if they retain some grit or rough painting style. I miss that a bit but ik looks streamlined and risk-free close to the original.

You could argue whether the target demographic is the Fortnite generation or the nostalgic parent with fortnite-generation-kids :p

Ah yes, "grit" was the word I was trying to think of when looking at the original. And you're pretty on-point about "Fortnite style" xD

Are you or any of your friends interested in backing this?

We're probably not backing but we're bound to pick up something in retail some day as gateway for our kids I guess :D

I'm designing a crawler mechanism slightly more advanced than regular HQ, I'd rather focus on that

This is crazy pricing in my opinion. I have no interest whatsoever in a game that cost that much unless I'm getting it for a deep discount.

Right, and I still have no idea if that Canada shipping cost is real or not. Either way, it's been one of the few "Kickstarters" I've looked at that really bothered me.

This only reminded me that I should get #Star Wars Imperial Assault if I ever want to get into this genre.

I have zero interest....