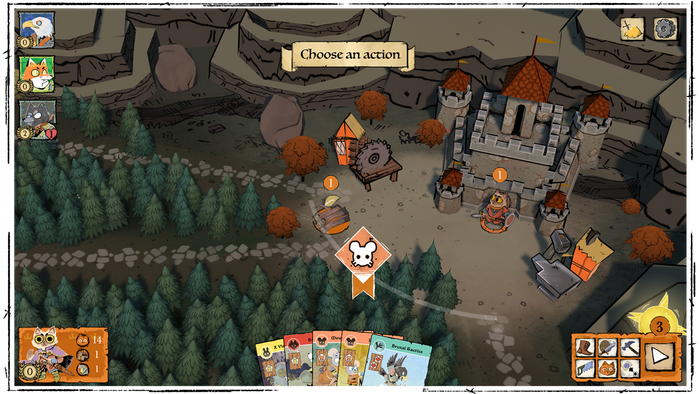 Are you a fan of Root from Leder Games? If you are, do you have trouble getting one of your favorite games to the table?

Well, look no further because Dire Wolf Digital has finally revealed that the highly anticipated digital adaptation of Root is coming this month!

1. Dire Wolf Digital - This studio has proven to produce some of the best digital adaptations of board games and they did a fantastic job with Raiders of the North Sea to not just deliver on gameplay 1:1, but also enhance the experience in a way that plays into the strengths of a digital medium. Take a look at the release trailer I provided below and you'll see what I mean.

2. Root is HARD to get to the table - Root is one of my favorite games but boy it's difficult to get in a play. Due to its highly asymmetric nature, this game really rewards a consistent group that's willing to work out the faction dynamics and enjoy a fun tug of war. And especially with the current state of affairs, I have a feeling that many gamers will be giving this a go.

I got a chance to play an earlier version of it at PAX East and the interface is pretty slick. Dire Wolf is amazing, and to be able to play ROOT whenever I want is AMAZING.

I'm definintely picking this up. Leder Games can do no wrong. I love Root and I would love to have the opportunity to play it more often.

Did you end up going for it? Sounds like they're already put in the first patch to address frame rate issues, keyboard shortcuts, etc

Super late on the reply to this, but I did pick it up! I got through only one game so far due to being busy the last few days, but I thought it was an extremely smooth version. I am looking forward to exploring it more.

I'm exctied to see more about this once it releases, I hope it actually releases this month, they don't have a lot of time left...

Does look like a cool version, may well pick it up so I can try out the game. Have they revealed what kinds of play it will enable? I.e. Solo/ online multiplayer/ pass and play

Just edited the article with more info. It will allow single-player, local and online multiplayer.

shut up and take my money!!!

By the way, do you have any other digital board game adaptations that you've been enjoying?

favorites are Ticket to Ride, Lords of Waterdeep, Scythe, and I have been digging the Roll for the Galaxy app that I got into the beta for

It's been months but the ones I've played and enjoyed the most are Through the Ages and Friday. I have Scythe but haven't gotten into it yet. One I'm planning on buying are #Raiders of the North Sea and #Root!

Oh yea I played #Raiders of the North Sea a lot for a hot minute.   Didn't keep my interst like the othes have

Any idea why it was like that for you? Just curious since it's still something I'm not 100% about buying. It's pretty likely though because I doubt I'll get the physical copy anytime in the near future and I do want to try it