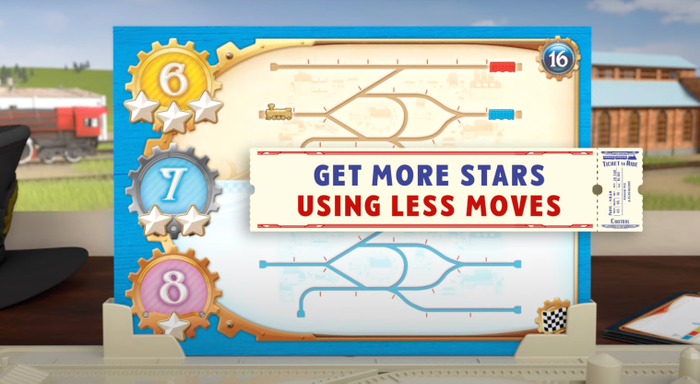 "In #Ticket To Ride: Track Switcher, players will use cognitive skills like logic, spatial reasoning and sequencing to direct locomotives and shift trains into their correct positions."

After releasing 20+ maps, the Ticket To Ride franchise is foraying into a completely new single-player reasoning and logic format. Arcane Wonders dropped a teaser trailer and lots of details.

One of the greatest things seems to be how on theme it is. Instead of doing all the routes, it is time to manage just one particular station and make sure you are getting all the trains in and out.

Take a look and comment if this is (1) something you would play, (2) reminds you of something else or (3) think this is a mistake.

Welcome to the 1900, the Age of the Locomotive! Railways connect every major city in the country, allowing people to travel considerable distances in just a few days. Trains are more popular than ever before and the railyard continuously bustles with activity as engineers and yard workers scramble to move cars onto their departure tracks. As a Railyard Manager, you have an essential role to play. 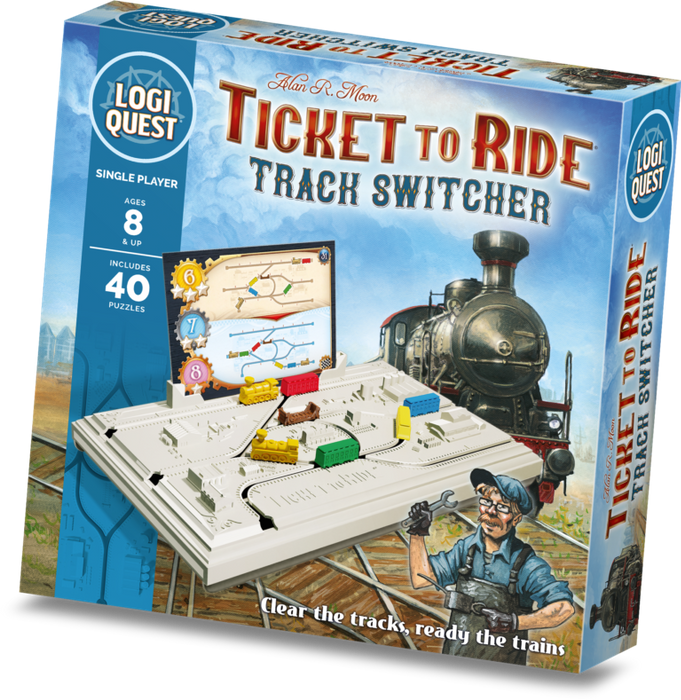 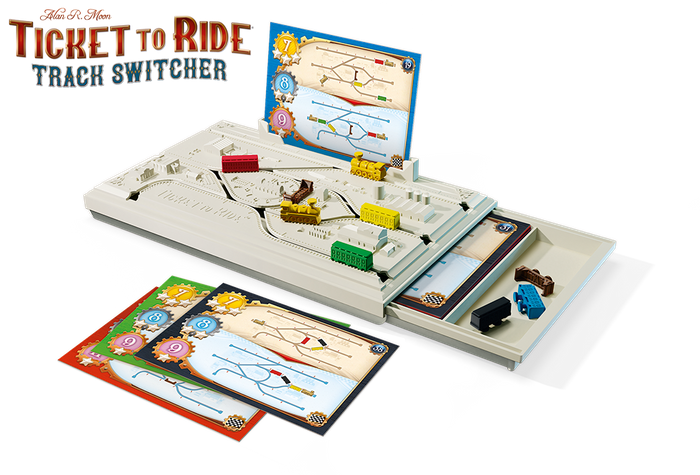 Ticket to Ride: Track Switcher is a standalone game designed for a single player. It includes 1 game board with a tray, 40 puzzle cards, 5 wagons, 2 Locomotives, 2 Broken Tracks and 1 rulebook. The game is expected to be available in October worldwide at a suggested retail price of 24,99€/$25.00. Ticket to Ride: Track Switcher will be available in the following languages: English, French, German, Spanish, Dutch, Finnish, Norwegian, Swedish, Danish, Polish, Lithuanian, Estonian, Latvian.

Did you see that BGG said a game page was not going up because this is a "logic puzzle" and not a board game? Have they never played a solo game, those are all logic puzzles.

We have had a long discussion about this and while both sides were impassioned and had very reasonable arguments, it is just too close to the idea of what a Rubix cube is (which is a puzzle that is not included) so for that reason, it is out.

When you say it like that, I now think the cube should be included as a solo game. Though I would never have said that befor reading your coment.
~ shrugs ~

Board Game Halv Partner3 months ago

I love puzzly solo games, I am in!

Board Game Halv Partner3 months ago

A good tie-in with the franchise I will say. I am excited to check it out.

Kind of reminds me of the traffic jam game I had as a kid, you had to move cars and lorries out the way to get your car 'out'. Good times

That's what I was thinking! Looking forward to this.