What was your most recent board game purchase, and why? 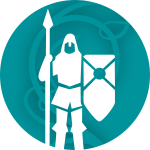 I have #The Isle of Cats, #Atheneum: Mystic Library and #Trails of Tucana on the way.  The cat theme of Isle doesn't draw me, but I think it will be a good family game based on the reviews (plus I got a killer deal on it at Game Nerdz).  Atheneum just spoke to me for some reason, seems like a fun, fast but slightly thinky puzzle to solve.  And Trails...well Zee Garcia talked it up so much I had to purchase :-)  I usually look for deals on all games I purchase, and try to get ones that I think my family would enjoy.  I do like a heavier game once in a while but sometimes I regret it because it doesn't get played much.

I bought a handful of games recently but the two that stand out are #Horrified for playing at Halloween which was great, and #Deep Sea Adventure which I just played with my in-laws and they loved it!

Was the first time you played this with me and neal?

Yeah it was! I liked it and it was on sale a few weeks after we tried it.

Haha sales are the best. Glad you were able to pick it up!

#Small Samurai Empires is on the way.

And Preorders include #Dune: Imperium and #Clash of Cultures: Monumental Edition.  We'll see if these make the finalists and stay on the Kallax shelves!

Didn't they just come out with an official solo variant for this game?

Played civ with expansion three times over the last few weeks. It really does bring it up several notches. It’s not quite #Sid Meier's Civilization: The Board Game (plus expansions) level of epicness but I am totally interesting in adding it to my collection now.  Especially since there is an official solo mode.   Great purchase!

Most recent board game *purchase* was #Imperial Struggle. I bought that from Gamenerdz with a gift card from a BGA GAW several months ago. But, I don't have it yet, I have it on hold there, I hope to release it sometime when I can more easily pick it up.

I picked up all of my most recent arrivals at the same time, on my last trip to the states a month or so ago. They were:

Coming on Kickstarter, I went all in on the #Pax Renaissance: 2nd edition/ #Pax Viking kickstarter. As a result I have, coming my way in the future:

I have #Pax Emancipation on preorder at GameNerdz.

And, either waiting in Kansas, or waiting on me to release them at GameNerdz:

#Porta Nigra...there's one you don't see very often!  I bet you're excited for #Gaia Project!

As an historian I love the theme and idea of #Imperial Struggle and would love to play it.  But I also don't have much use for 2P games.

Some people are working on solo.

There is one guy, my brother in law, I think might play it with me.

Two handed against yourself.

Oh gotya.  I've never heard of that or done that before... interesting.  How is it in general?

It can work out pretty well, if you can seperate yourself some from the parts you are playing. Obvioiusly it doesn't work quite as well with a CDG and #Imperial Struggle is at least partly a CDG. That being said, It is generally how I choose to learn a game, and especially for a assymetrical game it can work super well.

Most recent purchase for me was#Wingspan. I bought it from a LGS because they had it in stock for a reasonable price. And because I've been stress buying games recently. To help reduce stress.

I have resisted #Wingspan so far, but it's a great value and I see the general appeal.

It's a nice lighter game for when I don't want to play something big and heavy.

Retail therapy for the win....LOL

Is it working? I dunno. Does it feel good? Yes.

I did a fair amount of that in the early days of lockdown. And, that feels sorta stupid, I mean I knew it would be months before I would even see them.....LOL

Haha I know right? It's a long story how I got them, for that price...but I am happy about it! haha

I don't know if it's my most recent purchase...but I just received #Barrage in the mail today. I bought it awhile ago on GameNerdz when it was the deal of the day (and I happened to have a $20 gift card from a math trade..) but just recently released it from hold. I've heard so many good things about it I just had to take advantage of both the sale and my gift card. The temptation is real with me sometimes lol