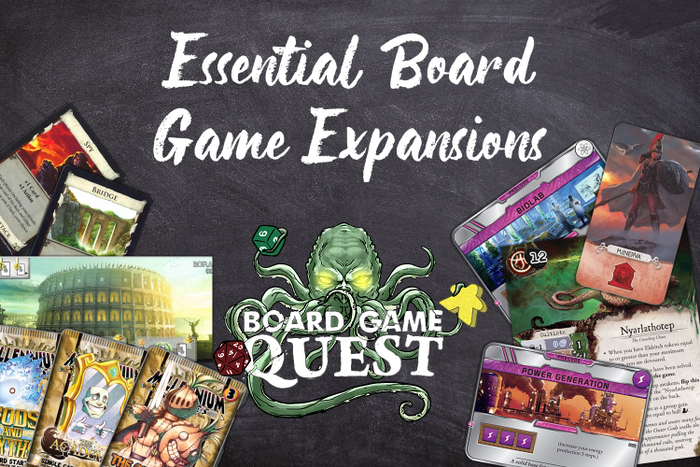 The BGQ team gathers to list off their most essential board game expansions.

I haven't yet played with any of the #Inis: Seasons of Inis Expansion modules yet, but I expect to be minimally using the 5th player next weekend!

To this list I'd add #King of Tokyo: Power Up. It gives players different powers and just takes the game to that next level.

That's the main thing that bugs me about the KoT promos. Even if I could get one of them, there's no power up cards.

Neat list...made me ponder about what our household would view as essential:

I suppose one could argue that every deckbuilder is enchanced by expansions... have nearly everything for #Legendary: A Marvel Deck Building Game, #Aeon's End, and #Thunderstone Quest.

#Scythe: The Rise of Fenris is probably the best expansion I have ever seen for a board game. I can’t say too much but it adds a ton of stuff to the base game with a very cool campaign to boot.

Now I suppose thought it is not essential like #Tuscany: Essential Edition as Scythe stands so well on its own. So perhaps it doesn’t make the list but it’s worth mentioning. :)