The first time I met designer Robin David, we had agreed to find each other in the crowded Essen halls in order to say hi. 'This is for you,' he said, putting a box into my hand. It was his word game Movable Type, a really cool little thing of card drafting and word creation that seemed way too clever not to have a huge publisher attached to it. I told Robin this and I recall that he shrugged at me saying 'maybe one day'

Well 'one day' has arrived. Osprey Games, they of such recent smash hits as Undaunted Normandy and my Game of 2018, Wildlands, has picked up Movable Type (renaming it Letterpress), giving it a bold new look while keeping the same awesome rules.

Are you looking for a quick playing word game that requires more than just 'making the best word'?

In one of Letterpress' five rounds, you are given a handful of letter cards and must draft them - deciding one to keep and the rest to pass to another player. In this process you will of course receive a set of cards that your opponent has passed, and you continue until you've chosen a hand of five.

So while it may be obvious that you want to keep such flexible letters as E, S, T, or R, it might also behoove you to shoot for the high-scoring Qu, Z, P, or B.

Helping you along is the fact that every round, there are public letters and at least one vowel: given the hand above, you might be able to construct bridge, begird, trepid, biped, pride (tho bride scores higher) or any number of other words. The player with the highest scoring word gets first pick of the letters played that round, adding them to their collection for the final showdown.

Complicating things are the challenges, which let you add additional letters to your collection by scoring them. Is it worth going for a lower score in one round if you can just nail one of these?

So once you've had five rounds of word-making and adding letters to your collection, there will be one final found of word making, but no new cards are given; only the letters from your collection and some random public draws may be used.

So for the entirety of the game you might have been headed towards 'MIXABLE' for a huge payout, but in the last round someone beat you to the M and now you have to try and find a word that has X, L, E, and I without tearing your hair out. Maybe you'll just to have drop the X altoget- OH WAIT LEXICON!! AHAHAHHAHA! I WIN!!!!

By making sure its first round matters as much as its last round, Letterpress avoids pacing issues and lets you feel clever and goal-focused the whole time.

Highly recommended if you enjoy making words as a form of entertainment; Letterpress is another winner from Osprey Games. I can't wait to see what Robin does next.

This does look good.

I generally enjoy them, but rarely seek them out.

Thanks for the review! This now looks like a game that I might  need to pick up.

you're welcome thanks for reading. I do really like it yeah. wish i had this new edition!

Its one of those games that the art kinda threw me off. But when I saw the game and how it was played, now the art "makes sense" and I don't mind the look at all. haha

This looks fun! I don't own any word games, unless you count #Codenames, and I'd like to get at least one! This looks like a fun one with simple rules and isn't necessarily always going to be won by the person with the best vocabulary, which is a must for us. At 20ish dollars this looks like a pretty good buy!

It's an excellent word game that, as you said, manages to neuter the idea that the person with the best vocab wins, which is no small feat.

Awesome, I'll add it to the ever growing wishlist!

Curious to know what your wishlist includes!

Haha, well here you go then!

honestly that's a lot smaller than I was expecting XD

Lol but really the one on Amazon is definitely bigger, but all of my highest priority games are on the BGA wishlist. 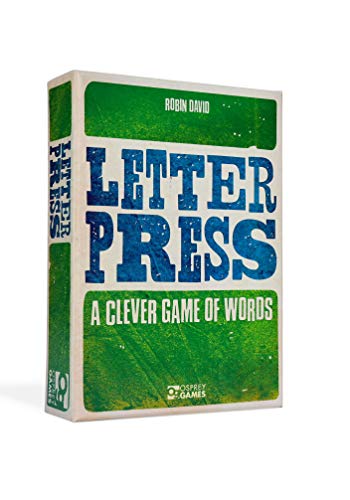