Here are the top 10 most popular board games of the week based on the number of visits to the game page! Note that overall traffic was lower this week so most of the negative trends under 5-10% could be attributed to that, rather than a shift in the game's popularity. 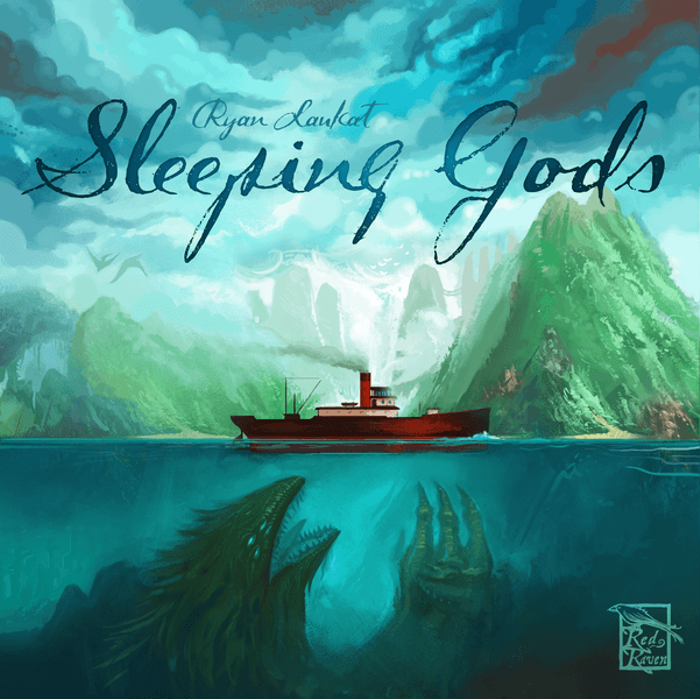 Red Raven Games is producing one hit after another these days, and developing a tight knit group of fans around their story driven games. Sleeping Gods was their biggest hit on Kickstarter and pulled in $1.1M. Fulfillment (and subsequent flurry of positive reviews) came out starting 2-3 weeks ago, and it's calmed down a bit since then. 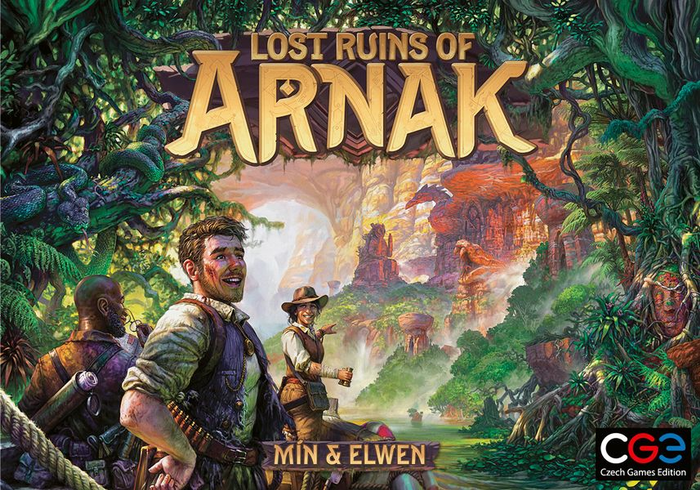 Lost Ruins is still going strong despite the drop. This game is often compared with #Dune: Imperium because they both utilize deck-building and worker placement. While Dune Imperium followed a similar trend as Lost Ruins and remained toe-to-toe in traffic for the first 2-3 months, it is now getting about 40-50% less traffic. 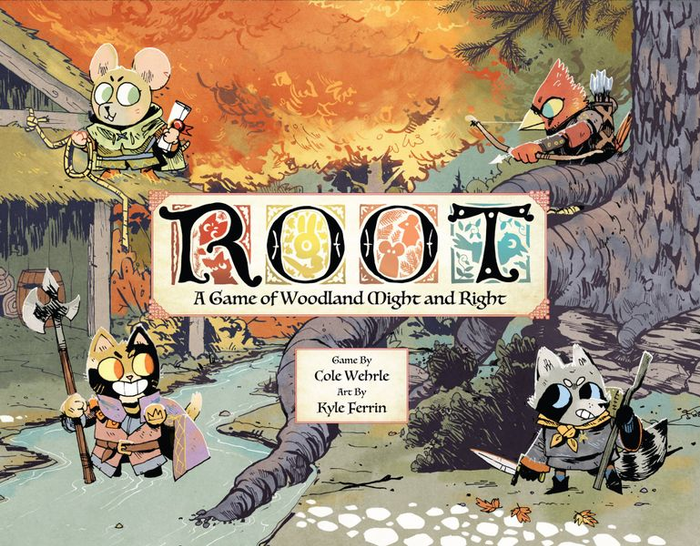 Root came in strong 1-2 weeks ago when #Root: The Marauder Expansion launched on Kickstarter. Things are calming down now. Have you backed the campaign? (I still need to!) 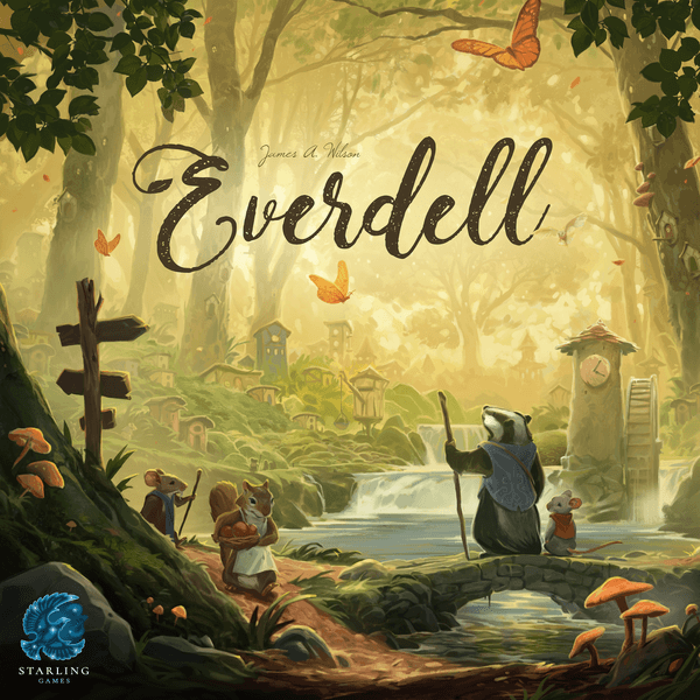 #Everdell: New Leaf and #Everdell: Mistwood launched on Kickstarter yesterday. Factoring in the slight drop in overall traffic on our website, it's too early to see the impact of the campaign launch. 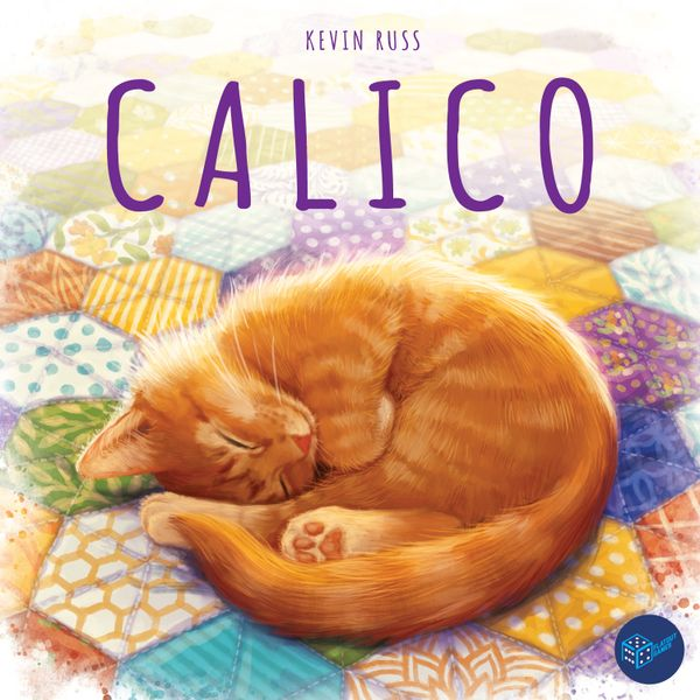 The general consensus around this cute game about cats and quilts seems to be that it's simple but surprisingly deep. There's definitely substance behind what could look like all aesthetics and cat appeal :D 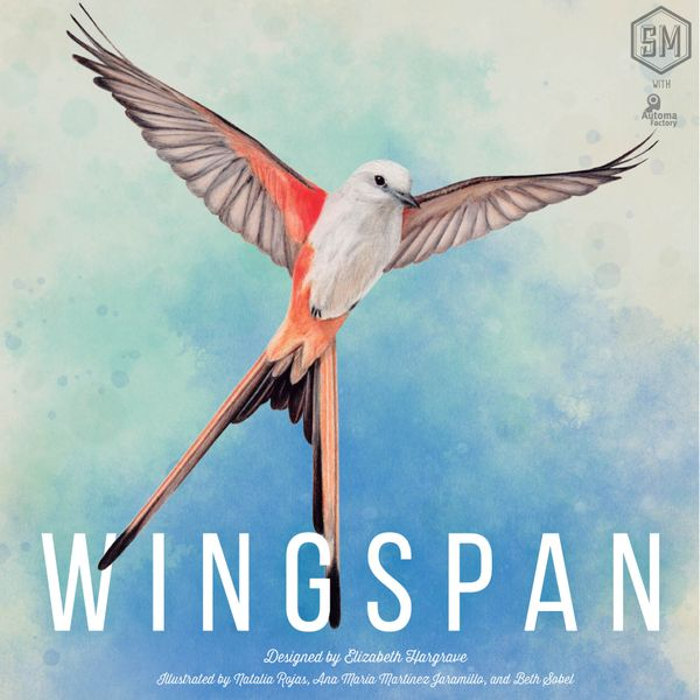 It's actually been a while since Wingspan got into the Top 10. It was the reigning king for more than a year after its release, but now it's "only" within Top 15 consistently. 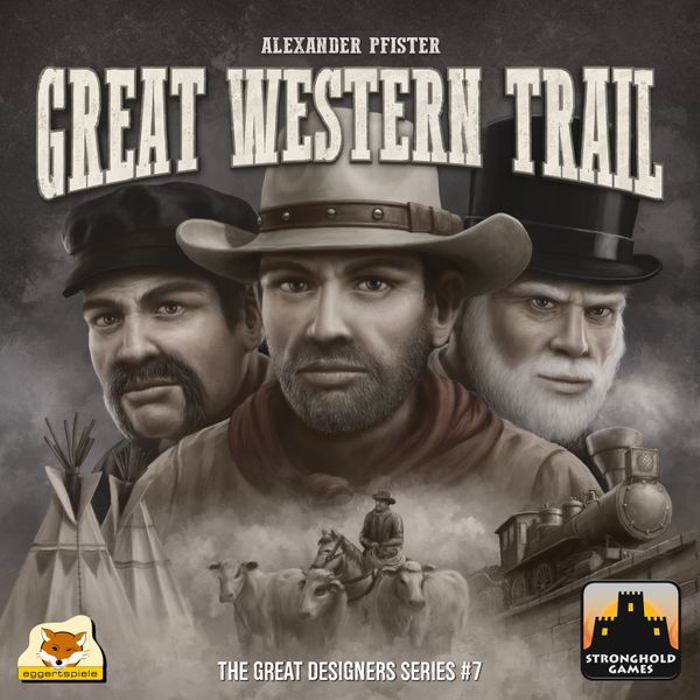 In case you aren't aware, the popular Alexandar Pfister game is getting a second edition. Since then, it got on our Deals page after seeing a major price drop that caused that peak shown above. How do you feel about the new art style? 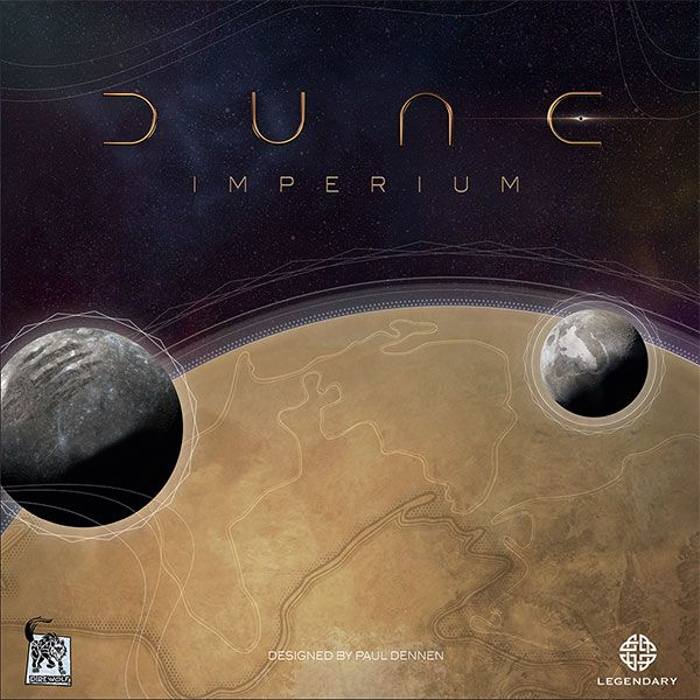 As I mentioned, Dune Imperium is still going strong but always remains a few steps below Lost Ruins in popularity. In general though, I've seen more praise for this game among reviewers and regular folks. Do you think this could be due to 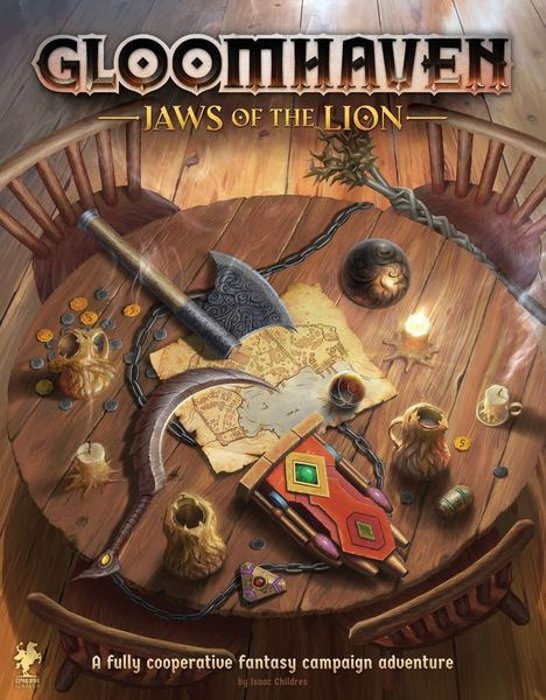 Jaws of the Lion has been cited by many reviewers as one of the most influential/important games to come out in the past few years. Similar to GWT, there was a spike in traffic due to a price drop. 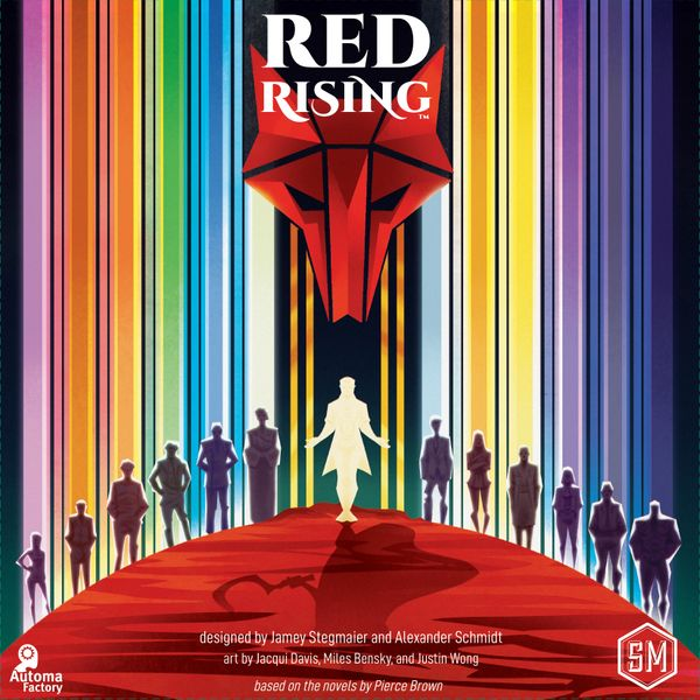 I assumed this trend is tied with recent releases in review content, but that's not the case. The most influential voices in the hobby put out their content 2-3 weeks ago and interestingly, this had little to zero effect in making people search for the game here. This is very unusual for a Stonemaier Games release. Most of their games usually see a big spike in traffic starting from the release of the official trailer, followed up by design diaries, preorder launch, and review content all within about a month. What do you think could be the reason for this?

So what caused the spike? Stonemaier Games is one of the stores listed on our game page. It's listed at $50. Since then, Game Nerdz and @Miniature Market got the game in stock and listed at around $30. This bumped up the game to our "New Low Prices" section on the Deals page and gave it more traction.

Which of these trends stuck out to you the most? Are there some games you've been seeing that are trending among the different communities out there?

I am one of the ones waiting for #Lost Ruins of Arnak to be back in stores! This game looks like it will be loads of fun

When you say that, you're talking about the giveaway win right? :D

Oh man it's so close i can taste it @philryuh! But I resisted actually tasting the game. Actually it looks like Miniatire Market also has it in stock now. 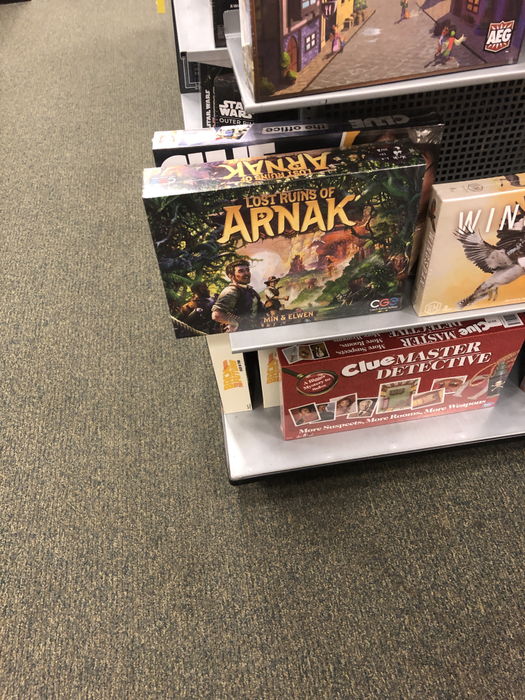 Haha! Yes I am :D. I can't believe it's sold out everywhere except Barnes and Noble Bookstores. But it's supposed to be back other places this month I think

Barnes and Noble has it? That surprises me.  Then again, I usually am not shopping for games at B&N, Target, or WalMart, and when I do see newer games these places, they are still several years old and I've already bought them elsewhere.

I did see #Splendor: Cities of Splendor Expansion on the shelf at my local Fred Meyer store (grocery, home goods, clothing, outdoor combination) Christmas of 2019.  Complete surprise. They had is labelled as the base game. I was compelled to bring it to the attention of an employee, saying they were misleading their customers if someone bought it thinking it was the base game only to discover it wasn't and was unplayable without it.  I wouldn't want them to have a bad experience gaming.  The employee called the manager and they took it off the shelf until they could redo it.

Yep that seems to be the place to get it. I'm often many years behind most of the new games so I'll occasionally walk by the game sections and see what's available.

What most excites you about it? I've got it on my wishlist because, from what I can tell, it would check a lot of my boxes but I'm still left unsold.

I really like the theme and we have liked "deckbuilding+" kind of games. I think with only a handful of rounds each card aquired will need to be bought carefully

Makes sense..any interest in #Dune: Imperium then for the same reason?

I'm with you on this one!  It's on my wishlist at GameNerdz.

I totally bit on #Great Western Trail when that deal hit the other day. Was actually pretty shocked to see it lasted in stock almost all day, but as you said it's getting a second edition so a lot of people I'd imagine are waiting on that. I'm not the type of person who cares about that type of thing so I gladly took the deal when I could!

Right?? That's exactly what ran through my mind too, and it makes sense.

By the way, I'm not all that hyped about the new edition yet. Even based on the aesthetics alone, I feel like the big "banner" areas surrounding the main illustration is too much. Feels too limiting. It's miles ahead of the original, but if it's going to be mostly about aesthetics, I do think that everything looks good enough already when it comes to what's inside the box. I'm still looking forward to seeing what's inside the new edition though!

I'm glad I'm not the only one who thinks this way haha. It's a game I know is highly regarded and that I've never played so honestly who cares how it looks?

The big benefit I see in changing the look is to be able to market it to a wider audience. I'm sure there are tons of people who passed off on it never caring to know what it's about. And from the sound of things, they will be updating the board, card art, and introducing new mechanisms in the New Zealand and Argentina editions so that will be the big selling point for fans of GWT and Pfister games.

I know for sure that it would scare my son, although I would never have it as one of my "display games" to begin with 😆

I had very similar thoughts as the ones you've mentioned in this thread.  Almost got it, but decided to wait it out and look into it some more.

I just have no spine LOL

Super curious as to how/why Miniature Market and Gamenerdz are selling Red Rising for quite a bit under MSRP when the game isn't even out yet. I purchased it through Stonemaier directly as I am a "Champion" backer or whatever, so the price ends up being similar. This strikes me as very odd. But perhaps I'm just out of the loop.

Those two stores often sell at well under MSRP, so I'm not surprised, plus it's the "standard" edition, not the collectors edition that was available through Stonemaier. You'll have to report back and tell us how you like the game!

Oh, I noticed that our price link for Stonemaier Games is wrong as well. It's actually $59. I completely missed the part that it's for the Collector's Edition, so thanks for the reminder!

@philryuh you haven't backed it yet?  You gotta get on it, campaign is almost closed.  I think this would be a great first Kickstarter for you.

Any indication on the reason for the overall drop in traffic?

No idea! Our analytics actually indicate that the projected organic traffic through google is steadily increasing, so I've been trying to figure out what's causing the drop :(