Have you come across any great board game memes lately? Share them here! 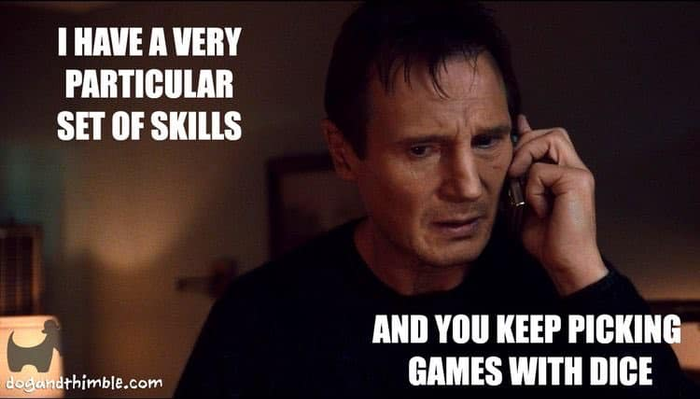 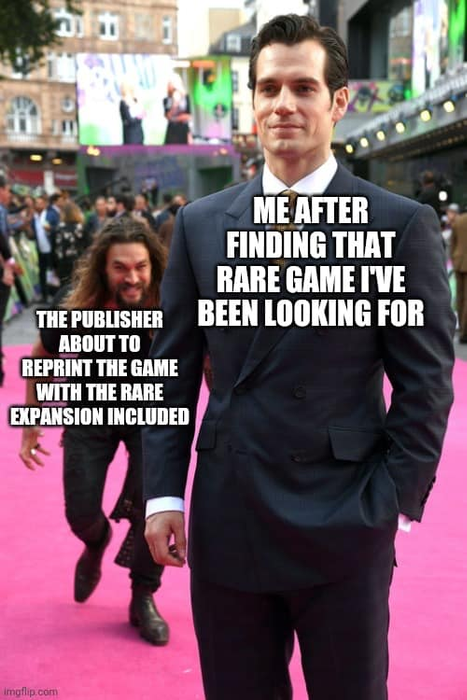 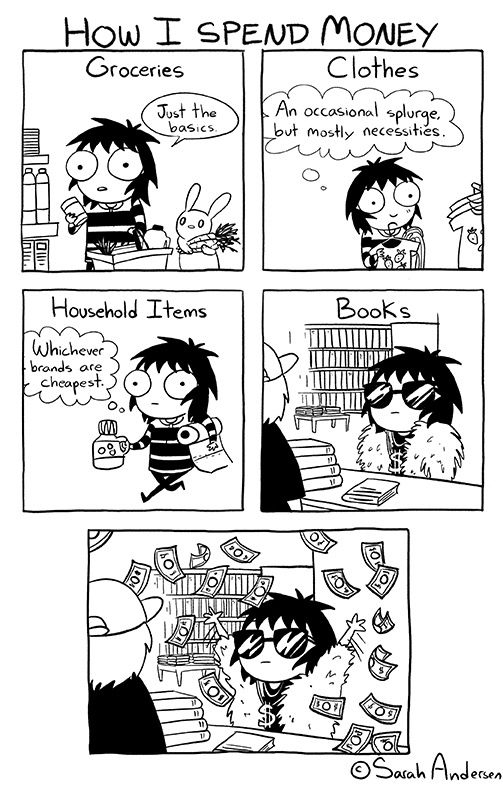 Such a good one! I first found this themed as MTG but it hits just as hard with board games.

I think we all can feel this one sometimes lol 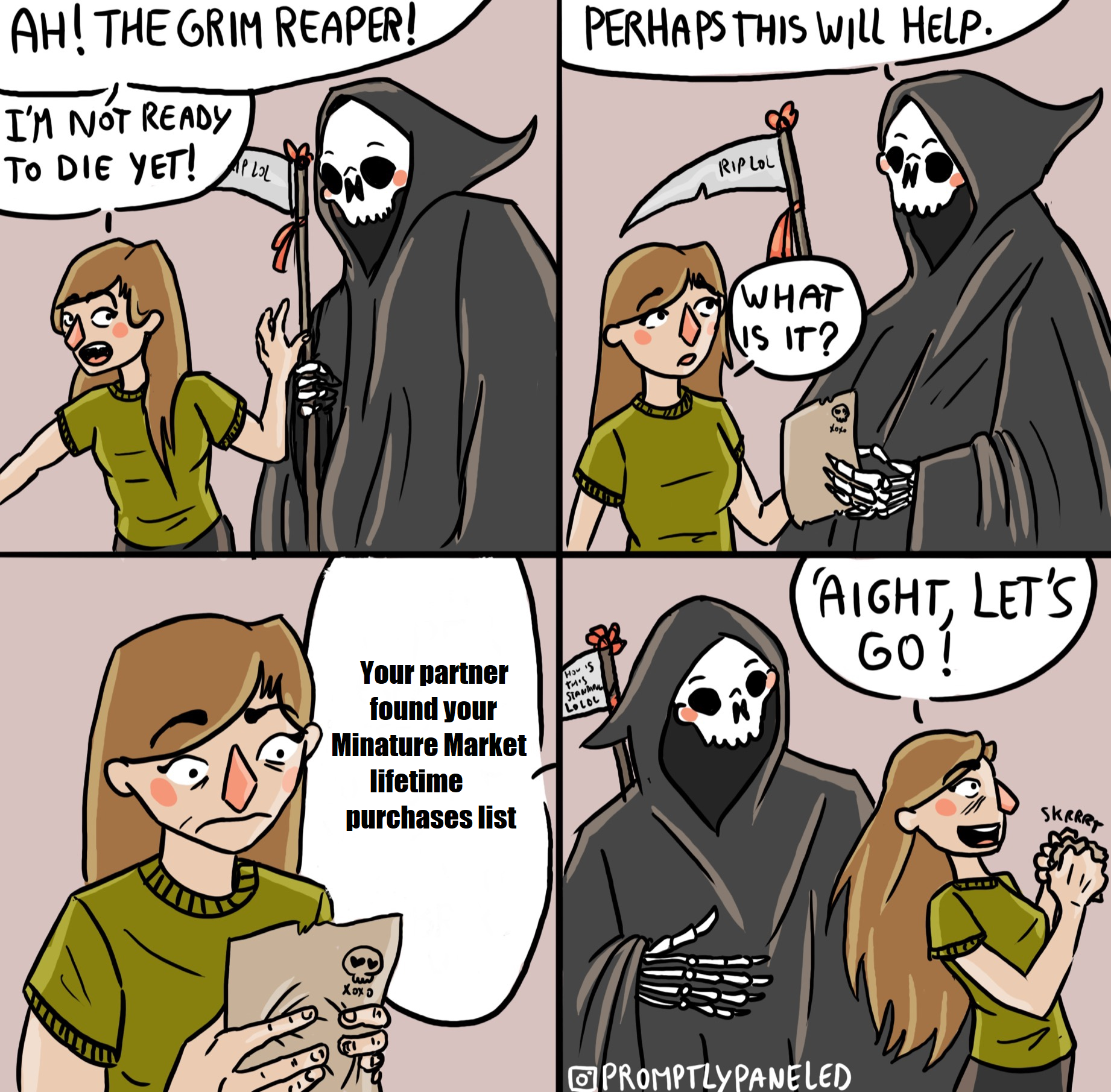 Along the same line 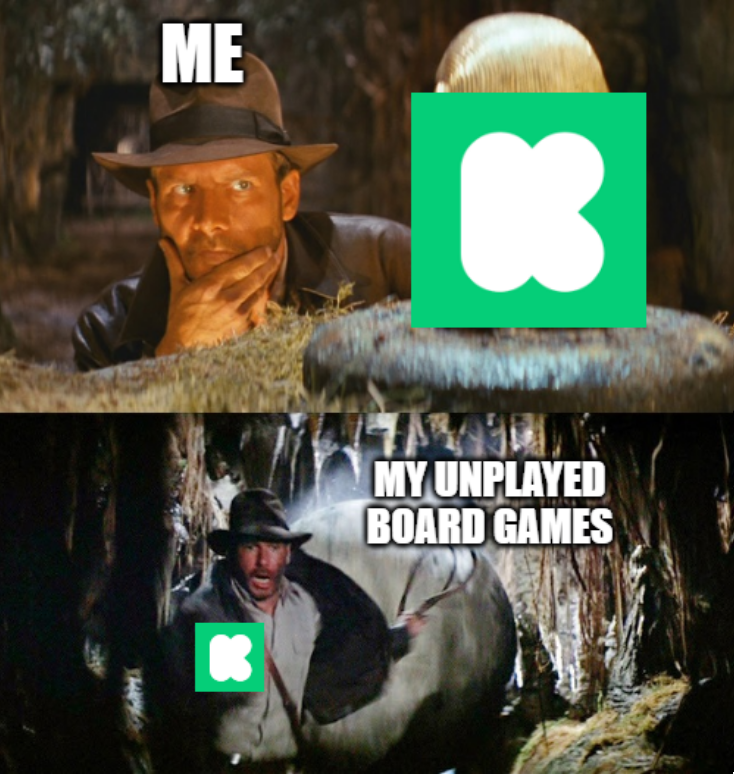 I never found this even remotely relatable..... until recently. There have been a few occasions where I've considered backing a Kickstarter without telling my wife haha. Hasn't happened yet, but I'm starting to think thoughts like "technically, it would be going out of my future budget!"

For some context, I self-imposed a $250 limit for board game purchases in a year and I reached that in around June. I know my wife would probably encourage going for a game that I really want since in the past, I've rarely made personal purchases before getting into this hobby. But I guess I don't want to show her that I'm breaking my own rule haha

Haha, I feel that. We each have a monthly "personal spending" budget that goes for whatever we want, but a couple times I've spent a future month's budget so that I could back a current kickstarter, haha. Luckily we're pretty good about tracking that and not double spending it next month, haha, so overall I don't really go over budget, but it gets dicey sometimes lol.

Which Kickstarters have you backed this year? Such a dangerous realm to get into so I'm trying to keep a good distance..

#Dale of Merchants 3, #Kiitos, and #Western Legends: Blood Money. Last year the only one was #Oceans. I don't think there will be any more this year that I'll back, and next year the only think I know of at the moment that I'd likely back is the Santorini Pantheon deluxe thing, whatever that ends up being.

I do look at games on Kickstarter a lot, but the fact that I have a fixed budget helps keep that priority straight. Like yeah, maybe it would be cool to get this awesome giant game I've never played (#Glen More II: Chronicles), but I've got higher game priorities, and the bang for your buck is not that high on Kickstarters compared to secondhand, or even retail, due to the high shipping costs on Kickstarters.

Ahh so you went for Blood Money! I was wondering if you would.

And yeah, I thought about Glen More II also but decided not to go for it. Looks like something my wife and I would enjoy but I just want more plays out of the games we have. I also considered backing #Northgard: Uncharted Lands or #Uprising: Curse of the Last Emperor but decided not to.

Northgard did look pretty cool as well, but yeah I try to stick to my wishlist rather than the Kickstarter hotness for the most part. Keeps the budget in check, lol

Yep, WL was such a hit with my group that I figured I should just get the expansion, haha. I'm actually more excited to get the comprehensive and fixed rulebook than I am for the actual expansion content, weird as that sounds lol.