Tough To Beat Board Games 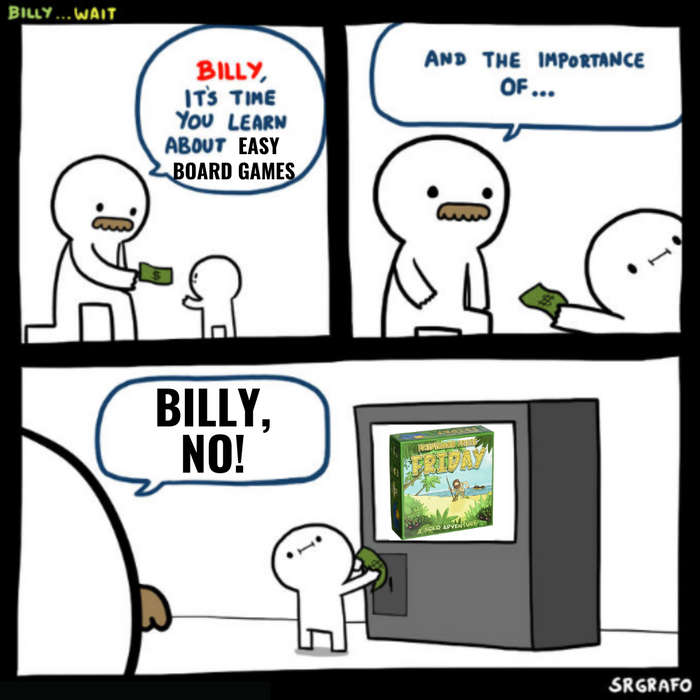 When I downloaded #Friday app, I remember playing 20+ games in a row and dying one after another. I figured out a couple of strats and managed to place on the Top 100 leaderboard but never dove in deep enough to know how to consistently get high scores.

What are some of the most brutally difficult games you've played? Do you like the challenge or prefer something more relaxing and easygoing?

#Friday is on my 'consider removing' list because after a dozen plays, I've never been close to doing even remotely well. It's just hard to win, in my opinion. It's an interesting game, but not for me.

#Forbidden Sky and #Pandemic are hard to win, but I enjoy them most with full player count. Pandemic seems to be enjoyed more by the family than Forbidden Sky (which has the best winning end game reward I've ever seen).

I like both challenging and rewarding games and it depends on what I'm wanting to play at the moment. All in all, though, I do want to have a chance at winning, and even if it doesn't happen very often, I want to feel like I came close to it.

On a slightly sideways track, how do you feel about "frustratingly difficult" games? I dislike them if I feel that:

1. The AI is cheating. This applies mostly to videogames.

2. The scenario is simply unwinnable. I am sure that the first game I played of #Sentinels of the Multiverse in the Android app was unwinnable. I even asked on the forums and the devs pretty much admitted that there could be unwinnable combinations. I know that it is impossible to playtest all combinations in games where starting conditions are randomized from several different options.

I may be a coward, but if I lose a game where I think I had no choice at all regardless of my decisions, it is very likely I won't play it again.

So, what difficult games I like? #Through the Ages: A New Story of Civilization is one of those. When I lose against the AI I am convinced that it was because of my own shortcomings, not because the scenario was unwinnable or the AI cheated.

I also like #Mage Knight. It is possible that some scenarios are unwinnable in certain conditions, but even when I lose I do not feel cheated. It's probably because of the complexity of the game that I think that I could have made better decisions.

#The Dresden Files Cooperative Card Game is renowned for being a difficult game. I've played 21 solo games so far, all on the lowest difficulty level, with a 48% win ratio. I think I've had a few lucky results there, too, so that ratio likely should be lower.

#Thunderbirds Co-operative Board Game seems to get a very varied response. Some people say it's far too difficult, and some say it's very easy. Personally, I have a 60% win ratio in 5 solo games (again, at the easiest difficulty level) and we lost the only multiplayer game I tried.

Well since I don't really play any co-op games, I'll have to stick with the solo games I've played, and that would have to be #Viticulture: Essential Edition. I think I only played solo 3 times, but I never won, haha. And I wasn't even on one of the higher difficulties for the Automa! Granted, I haven't played a ton of times in general, so I haven't figured out what the winning strategies are, but still, that was tough! I felt like somehow the Automa blocked the spots I wanted every single time.

Hmm, this is an interesting question and difficult for me to answer since I don't do much solo gaming so I wonder how I would definite "tough to beat".

I would say over all though I prefer games that require a lot of difficulty to master, but I also think the difficulty for me is directly linked to the play styles of the other players and the games...

As you know I favor games that require a lot of player interaction, and if it's negative that's even better.  So I'd say I like games that are brutal in the sense that I can lose, and I can lose due to great planning by other players.  I love when someone pulls off a great backstab even if it's against me.  Even if it's a front stab (ie we made an unbinding deal that you go back on).

I enjoy a light game with my family every once and a while but from a true gaming stand point I want to win some, and lose more, to have a chance to sharpen my skills.